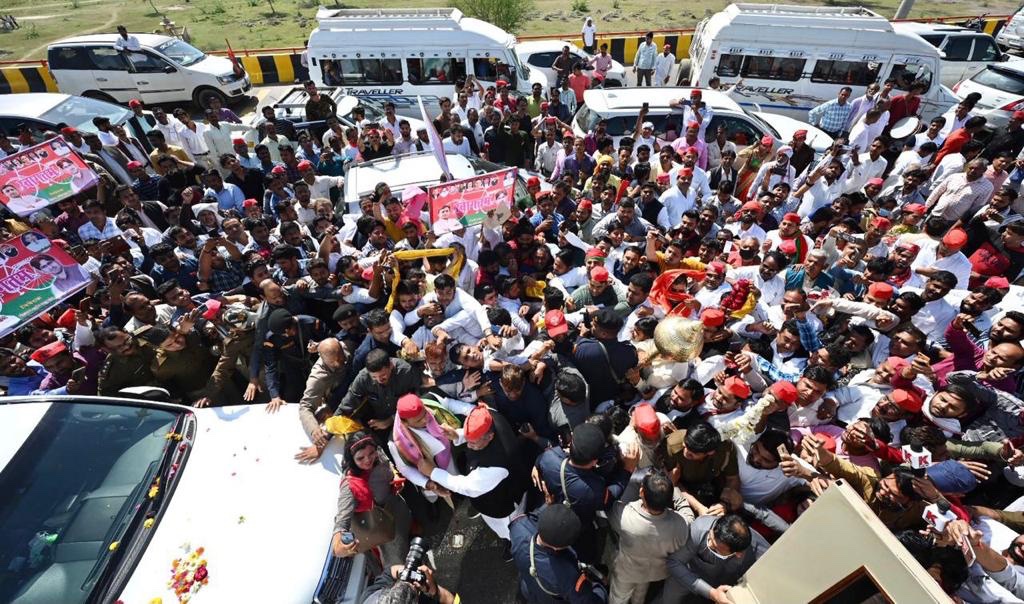 ALIGARH: Samajwadi Party president Akhilesh Yadav on Friday said the arrogance of power has made the government sitting in New Delhi “blind and deaf” to the suffering of millions of farmers in the country and it is treating them as “enemies”.

The government doesn’t realise that these humble farmers also have the power to oust arrogant rulers, he said.

Yadav was addressing a ‘Kisan Mahapanchayat’ organised by his party at Tappal here in support of the ongoing farmers’ agitation against the Centre’s three new agricultural laws.

The arrogance of power has made the government sitting in New Delhi “blind and deaf” to the suffering of millions of farmers in the country, the SP leader told the gathering.

“More than 200 farmers have lost their lives during the agitation but the Modi government is still treating the farmers as if they are enemies at the borders of the country and building barriers,” Yadav said.

“The government is oblivious to the fact that these humble farmers have the power to remove arrogant rulers from the seat of power,” he added.

Farmers, mostly from Punjab, Haryana and western Uttar Pradesh, have been camping at three border points of Delhi since November 28 last year, demanding the repeal of the farm laws and a legal guarantee on minimum support price (MSP) for their crops.

The government has said the new farm laws will benefit farmers by freeing them from the clutches of the middlemen and ushering in new technology in the sector.

However, farmers say these legislations will remove the safety net of MSP and leave them at the mercy of big corporates.