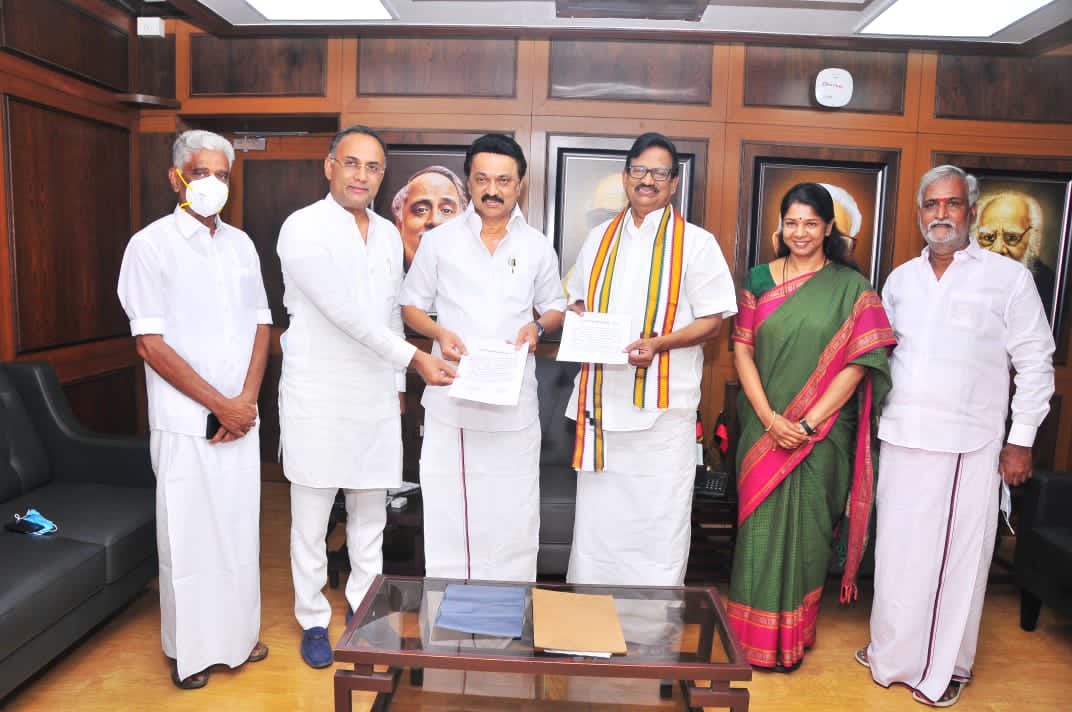 CHENNAI: After tough negotiations that stretched for days, the DMK on Sunday allotted 25 assembly seats and the Kanyakumari Lok Sabha constituency to its key ally, the Congress.

After days of deliberations, a point of conclusion was reached late Saturday night and Congress leader and Tamil Nadu in charge Dinesh Gundu Rao told reporters that the agreement was signed in “a spirit of cooperation” when the country was facing a ‘threat’ from the BJP.

Rao and Alagiri called on Stalin at his residence here last night and said the pact would be signed on Sunday, but declined to give an indication on the number of seats that would be allotted.

Asked if his party was satisfied with the number of seats allotted by its ally, Rao said the only aim was to ensure the victory of the secular front led by DMK.

“Once we sign an agreement, we have to be satisfied because this has been done after a lot of deliberations. Our only aim is now to see that the secular front wins.

The time for being satisfied or dissatisfied is over. Now we are in the battlefield. We have to take on our opponents,” Rao said.

The decision on accepting the DMK’s offer was taken only after consulting all senior leaders and the high command and “there is no difference of opinion within our party on this issue,” he added.

TNCC chief Alagiri, however, pitched in, saying, “we are fully satisfied.”

Rao said the battle against the saffron party was not confined to ideology alone, but extended to “saving democracy” from its clutches.

The country was being run like a “dictatorship” and elected governments of opposition parties were toppled, he alleged.

Rao alleged that the BJP was using “money and government” power to destabilise and finish off the opposition parties.

“Their agenda in Tamil Nadu is also the same,” he claimed, adding that by aligning with the AIADMK, the BJP’s intention was to “finish off” that party too.

“This is a very dangerous situation the country is facing,” he said.

The secular front of DMK, Congress, Left and regional outfits in Tamil Nadu would send a message across the country that “fascist forces” shall be prevented from gaining ground when like-minded parties joined hands, he said.

Congress always stood for democratic principles, Rao said and expressed confidence that the secular alliance would sweep the elections in Tamil Nadu and Puducherry.

The bypoll to Kanyakumari Lok Sabha constituency was necessitated following the death of H Vasanthakumar, who was elected from that segment in 2019.

Kumar passed away last year due to COVID-19 and the seat fell vacant.

The Tamil Nadu Assembly has 234 seats.

The DMK has so far allotted 48 seats to allies. While Congress has got 25, MDMK, Viduthalai Chiruthaigal Katchi and CPI have got six each, the IUML three and Manithaneya Makkal Katchi two.