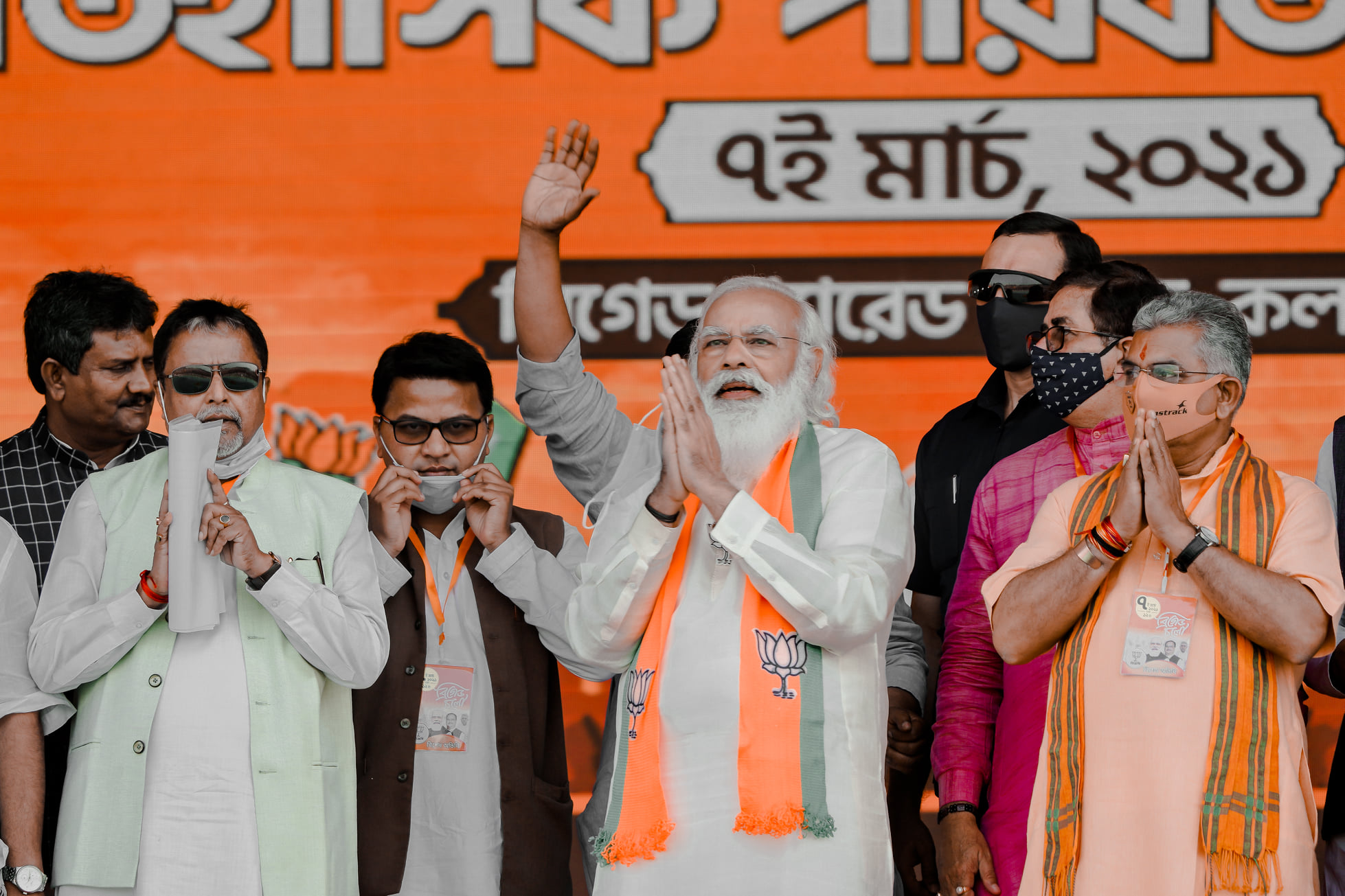 KOLKATA: Prime Minister Narendra Modi on Sunday launched a blistering attack on West Bengal Chief Minister Mamata Banerjee, accusing her of “betraying and insulting” the people of the state who trusted she will bring about a change after the Left rule.

He also accused her of nepotism by choosing to play the limited role of bua (aunt) to her bhatija (nephew) instead of becoming Didi (elder sister) to the people.

Addressing a BJP rally at the Brigade Parade Grounds, his first in West Bengal after the announcement of assembly polls, Modi hit out at his detractors who accuse him of favouring a handful of his businessmen friends.

“You have betrayed and insulted the people of Bengal who trusted that you will be the harbinger of change after the end of the Left rule. You smashed to smithereens (chaknachoor) their hopes and dreams,” he said, excoriating the TMC supremo.

He alleged Banerjee promoted nepotism while neglecting the people who fondly called her Didi. “Bengal chose you in role of Didi but you preferred being bua to your bhatija,” he said.

The BJP has been accusing Banerjee of trying to install her nephew and Diamond Harbour MP Abhishek as the next chief minister. Hitting back at rival leaders like former Congress president Rahul Gandhi and Banerjee, who often accuse him of favouring his industrialist friends, Modi said given his humble background he valued friendship.

Chakraborty said he had always wanted to work for the underprivileged, and the saffron camp has given him a platform to fulfil his aspiration. Amid huge cheers from supporters, Chakraborty, borrowing a dialogue from one of his films, said, “Ami joldhorao noi, bele borao noi… ami ekta cobra, ek chobol-ei chobi (Don’t mistake me for a harmless snake, I am a cobra, can kill people with one bite).”