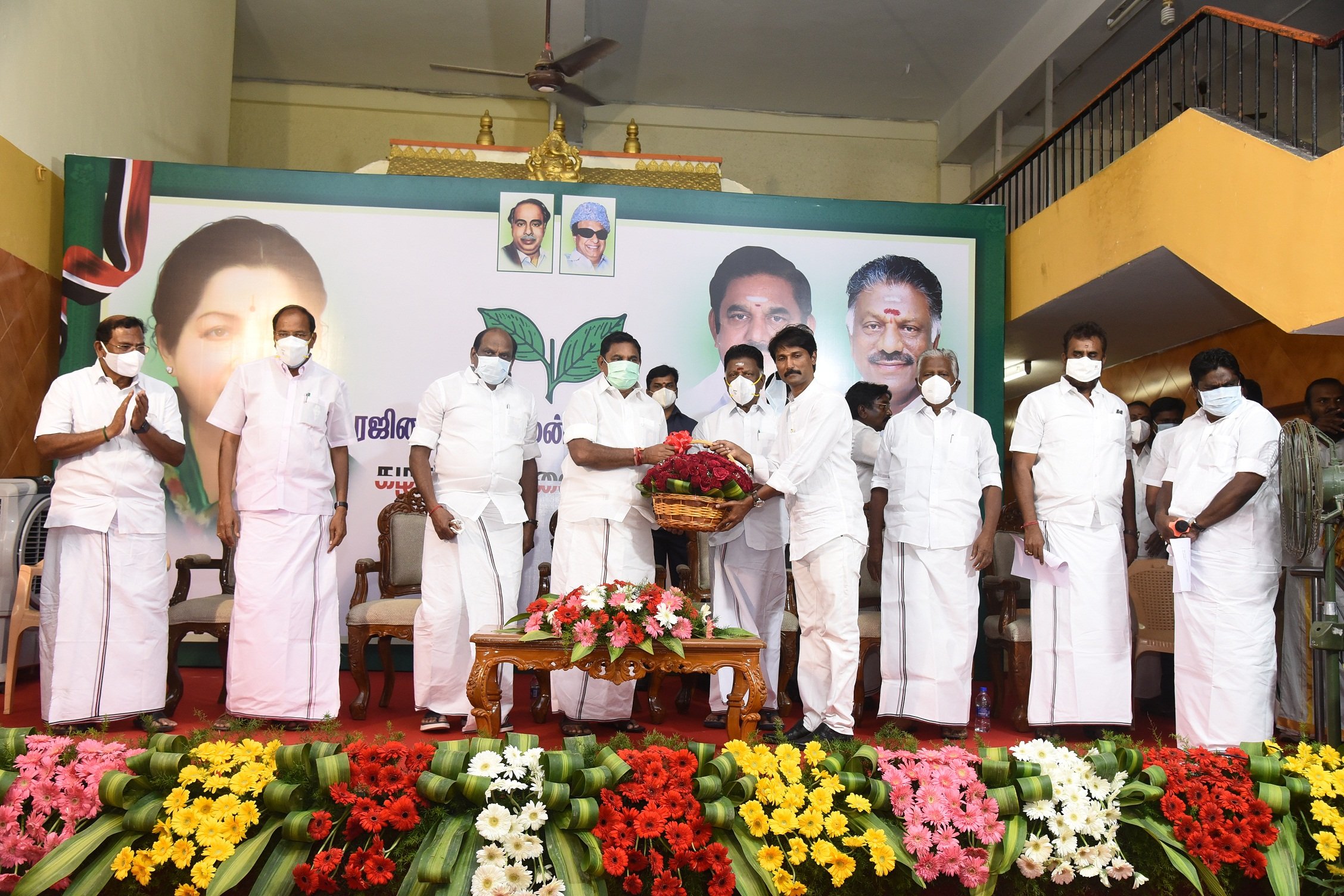 CHENNAI: Ten smaller outfits, including the former Member of Parliament, A C Shanmugam-led Puthiya Needhi Katchi, on Sunday extended their support to the AIADMK for the April 6 Tamil Nadu assembly elections, the ruling party said.

The leaders of the parties called on the ruling party’s top leaders O Panneerselvam and K Palaniswami at the party headquarters here and extended their support.

Panneerselvam and Palaniswami, a party release said, thanked the leaders for their support.