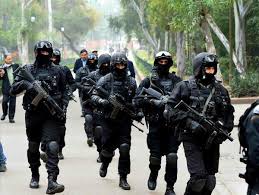 NEW DELHI: As many as 230 people are currently being provided security by the Central Armed Police Forces (CAPFs) such as the CRPF and the CISF under different categories like “Z-plus”, “Z” and “Y”, the government informed Parliament on Tuesday.

In a written reply to a question in the Lok Sabha, Union Minister of State for Home G Kishan Reddy, however, did not disclose the expenditure incurred on providing security to these protectees, saying it cannot be estimated as different state governments and various agencies are involved in making the security arrangements for them.

“Security to protectees in central list is provided on the basis of threat assessment by central security agency and is subject to periodic review. Based on such review, the security cover is continued, withdrawn or modified. The number, therefore, varies from time to time. However, presently around 230 protectees are being provided security in the central list,” he said.

The minister said generally, the expenditure on security for an individual is borne by the government.

Reddy said the responsibility for providing security to an individual lies primarily with the state government concerned and the list of state government protectees is not maintained centrally.

The topmost category is “Z-plus”, which entails a static and mobile contingent of about 22-30 commandos for the protectee, followed by “Z” that has about 15-18 personnel and the further smaller VIP security categories of “Y-plus” (8-12 personnel) and “Y” (6-10 commandos).