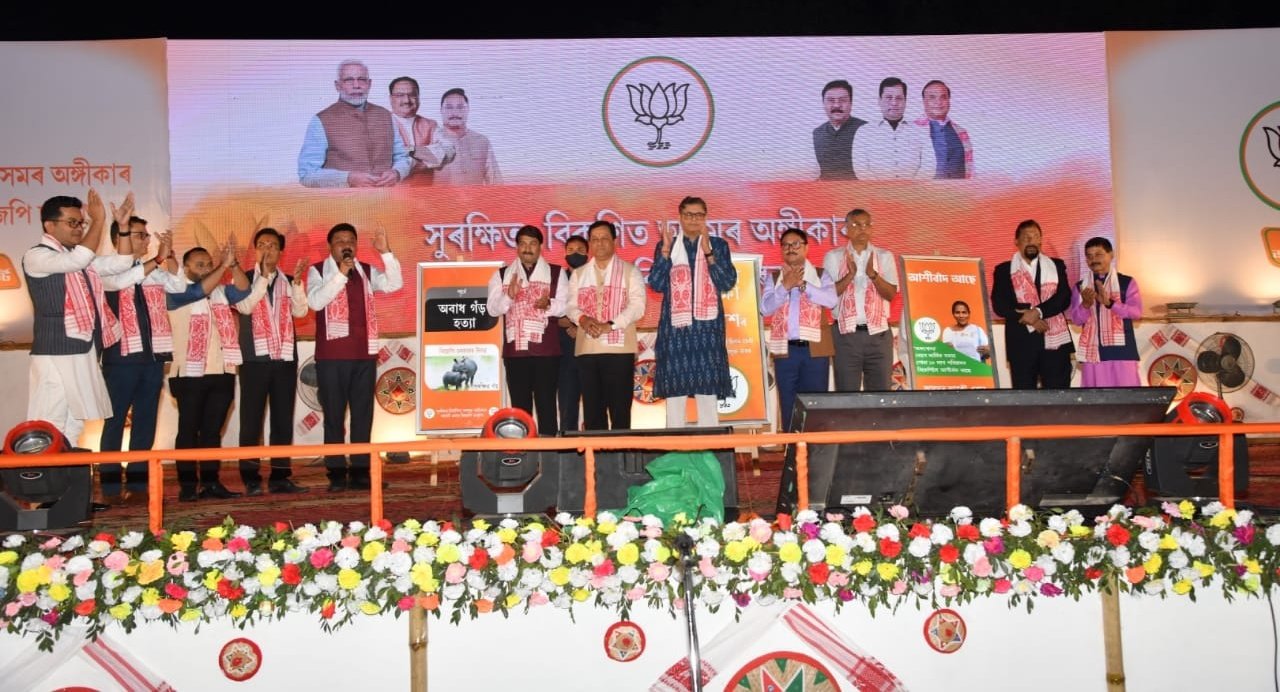 GUWAHATI: The ruling BJP in Assam launched its campaign here on Wednesday for the coming Assembly election amidst promises by Chief Minister Sarbananda Sonowal that the party will take all steps for all round development of the state.

Sonowal speaking on the occasion said during the campaign BJP will take the message of his government’s acheivements and success in giving protection to the culture and heritage of the people to live with dignity and the economic relief provided to 18 lakh people of the state under Orunodoi scheme.

BJP state president Ranjit Dass, state cabinet members, BJP MPs and MLAs were among those present in the poll campaign launch rally besides the chief minister.

“We are honour bound to ensure that all people in the state live with dignity. We were successful in ensuring that during the last five years of our administration. We gave social protection to all and gave equal opportunity for their development,” he said.

BJP party, Sonowal said, will take all measures for the socio-economic-cultural development of all communities, thereby ensuring the state’s progress and development.

The chief minister said that during his tenure the government was also successful in fulfilling Prime Minister Narendra Modi’s motto of ‘Sabka saath, sabka bikas, sabka vishwas’ (Together, for everyones growth, with everyones trust).

The Orunodoi scheme of the Assam government provides financial help of Rs 830 per month to beneficiaries through direct bank transfer to buy fundamental items like medicine, pulses and sugar.