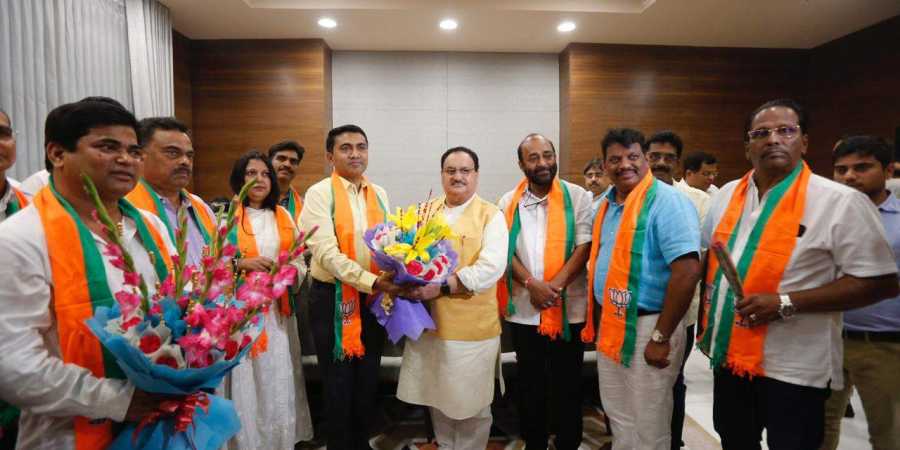 PANAJI: Documents submitted by the 10 now-former Congress MLAs who quit the party and joined the Bharatiya Janata Party (BJP) in 2019, merging the Congress unit in Goa into the BJP are forged, state Congress president Girish Chodankar said on Thursday.

“The documents which have been submitted to the Speaker, which say that the Congress party in Goa has merged with the BJP are forged,” Chodankar said, adding that the Speaker should consider the factor before pronouncing his order.

10 Congress MLAs, led by then Leader of Opposition Chandrakant Kavlekar split from the Goa Congress in July last year and subsequently merged the breakaway group into the BJP.

Subsequently, Chodankar, as the party’s state president, had filed a disqualification petition with the Goa Speaker’s office, saying the split by the 10 MLAs and their subsequent merger into the BJP was illegal and violative of the provisions of Schedule 10 of the Indian Constitution.

Speaker Rajesh Patnekar is scheduled to conduct a hearing in the case on Friday (March 12).

Chodankar has also filed a petition in the Supreme Court seeking directions to the Goa Speaker to speed up the process of hearing in the disqualification petition case.

In all 13 Congress MLAs from Goa have quit the party and joined the BJP since 2017.

The Goa Speaker is also hearing another disqualification petition filed by Maharashtrawadi Gomantak Party MLA Sudin Dhavalikar against two now-former MLAs of the regional party, who quit the outfit in 2019 to join the ruling BJP.