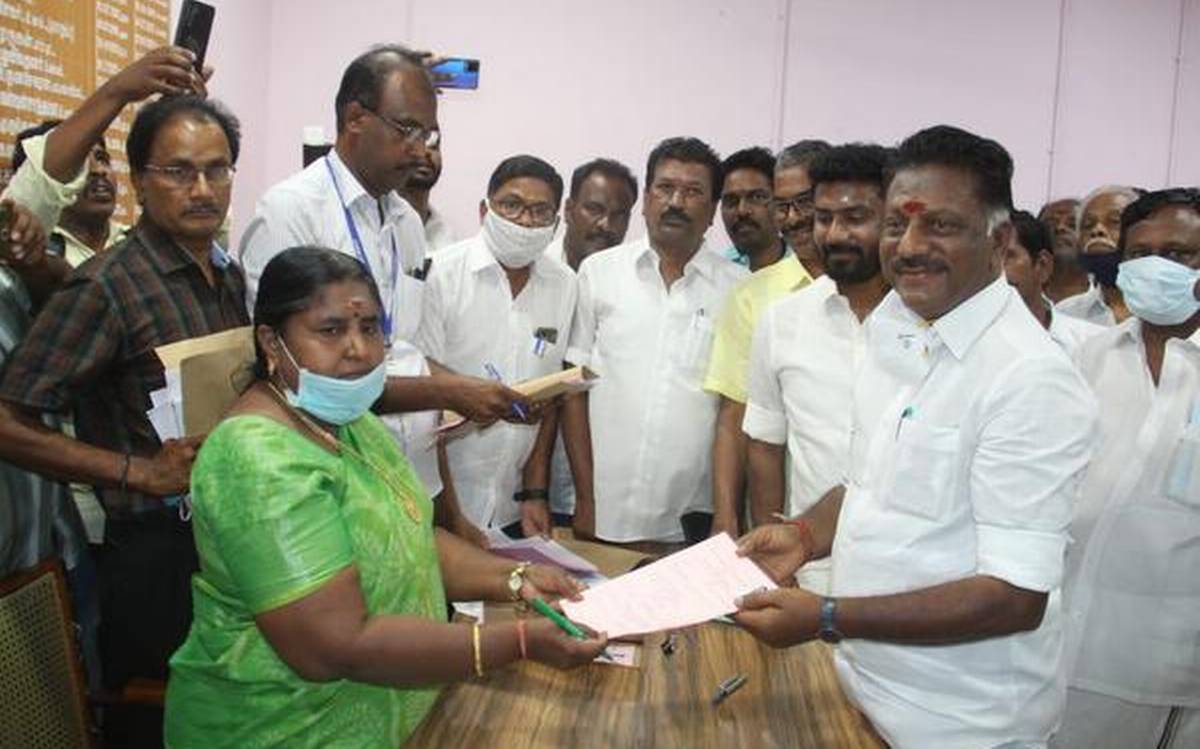 THENI: Tamil Nadu Deputy Chief Minister and AIADMK Coordinator O Panneerselvam on Friday filed his nomination to the Bodinayakkanur constituency for the April 6 Assembly polls and expressed confidence of the party winning a record straight third term in the state.

The senior party leader filed his papers on the first day of nomination, which closes on March 19.

Elections to 234 Assembly seats are scheduled on April 6.

Panneerselvam is seeking a third term from this Assembly segment and will be challenged by DMK’s Thanga Tamilselvan, said to be his rival in the district when the latter too was in AIADMK.

He later joined the DMK before a siding with AMMK leader T T V Dhinakaran.

“People of the constituency gave me a grand win in 2011 when I first contested from here. I had implemented all the promises made ever since, people’s basic needs have been met and I have done my duty as an elected representative,” Panneerselvam later told reporters.

On that basis, people would vote him for another term and the party will not only do well here, but win all over the state and form the government for the third successive time, he said.

He said late chief minister J Jayalalithaa had delivered a lot of welfare measures and growth oriented initiatives after coming to power in 2011, thus endearing the ruling AIADMK to the people and added that the present government under K Palaniswami has taken forward all of the schemes.

Therefore people would choose the party once again to be in the ruling saddle, he added.

“Our handling of the coronavirus pandemic was even praised by the Prime Minister (Narendra Modi),” he added.