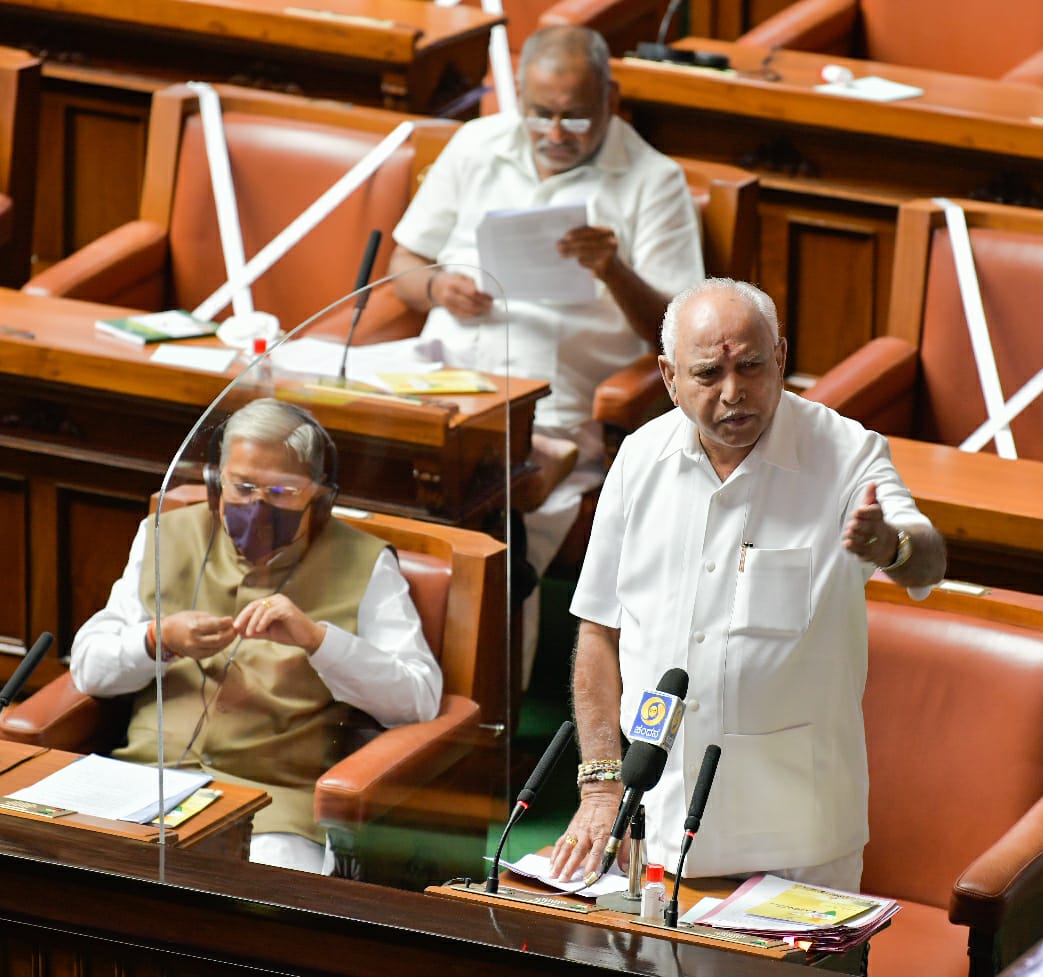 BENGALURU: Expressing concern over spike in fresh COVID-19 cases, Karnataka Chief Minister B S Yediyurappa on Sunday said the pandemic seemed to be going out of control in the state and asked people to cooperate by adhering to the preventive measures if they don’t want another lockdown.

“I appeal to the people with folded hands for cooperation…. if people cooperate I’m confident that without lockdown we can control,” he said, announcing that he has convened a meeting of experts and officials on Monday in the wake of the spurt in fresh cases in recent days.

His appeal comes in the backdrop of lockdown being clamped in parts of neighbouring Maharashtra recently in view of sharp rise in fresh cases there.

Earlier, the nation-wide lockdown imposed in March last year was relaxed in phases under Unlock guidelines and the Karnataka has allowed almost all activities.

For the first time since January 22, the daily COVID-19 cases in Karnatkaa crossed the 900 mark on Saturday. It reported 921 cases with 630 of them from Bengaluru Urban district alone.

“Since last one month COVID seems to be going out of control, day-by-day the number of cases are increasing. So I have called a meeting of experts tomorrow,” Yediyurappa told reporters here.

He also said the government has fixed a limit on the number of people allowed to attend gatherings like marriages, and action will be taken in accordance with law in case of any violation.

“My appeal to people is that if you don’t want lockdown and want all activities to continue as it is going on now, people have to cooperate by wearing masks and maintaining distance,” the Chief Minister said.

Noting that cases were increasing day-by-day in Maharashtra, he said, all efforts were being made to control the spread from travellers coming to the state from there.

Responding to a question whether the government is thinking about measures like lockdown or night curfew, Yediyurappa said, “as of now there are no such plans, if people cooperate and things come under control, we don’t want to impose lockdown, as it will hamper day-to-day activities.

“We have suffered in the past (due to lockdown). I will not allow it, but people will have to cooperate.”

The Chief Minister’s office said he has called a meeting of officials and health experts at 5 pm on Monday at Vidhana Soudha, the seat of state legislature and secretariat.

The government was thinking about stricter measures for those travelling from neighboring states to control COVID spread, Yediyurappa, in response to a question said, it will be discussed at the meeting.

“I have had a meeting with the Chief Secretary regarding measures that can be taken. We will tighten things as much as possible,” he added.

The Chief Minister also said he has called a meeting of Ministers on Monday morning to discuss the functioning of the government and regarding the working together in responding to the needs of the people, as the legislature session is on.

In the wake of a spike in cases in the state, the government on Friday had put a cap on the number of people who can gather at events and celebrations like marriages.

Additional Chief Secretary, Health, Jawaid Akhtar in a circular has said the measure has been taken amid the emergence of new clusters and fear of a second wave of the pandemic.

As per new rules, 500 people will be allowed at marriages if it is an open space, and only 200 if it is a hall or a closed space.

Similarly for birthday celebrations, the limit would be 100 and 50 respectively for functions in open and closed spaces.

A similar cap has been specified for funerals. However, at cremations and burials, only 50 are allowed.

A maximum of 500 people will be allowed for religious and political gatherings in open spaces.