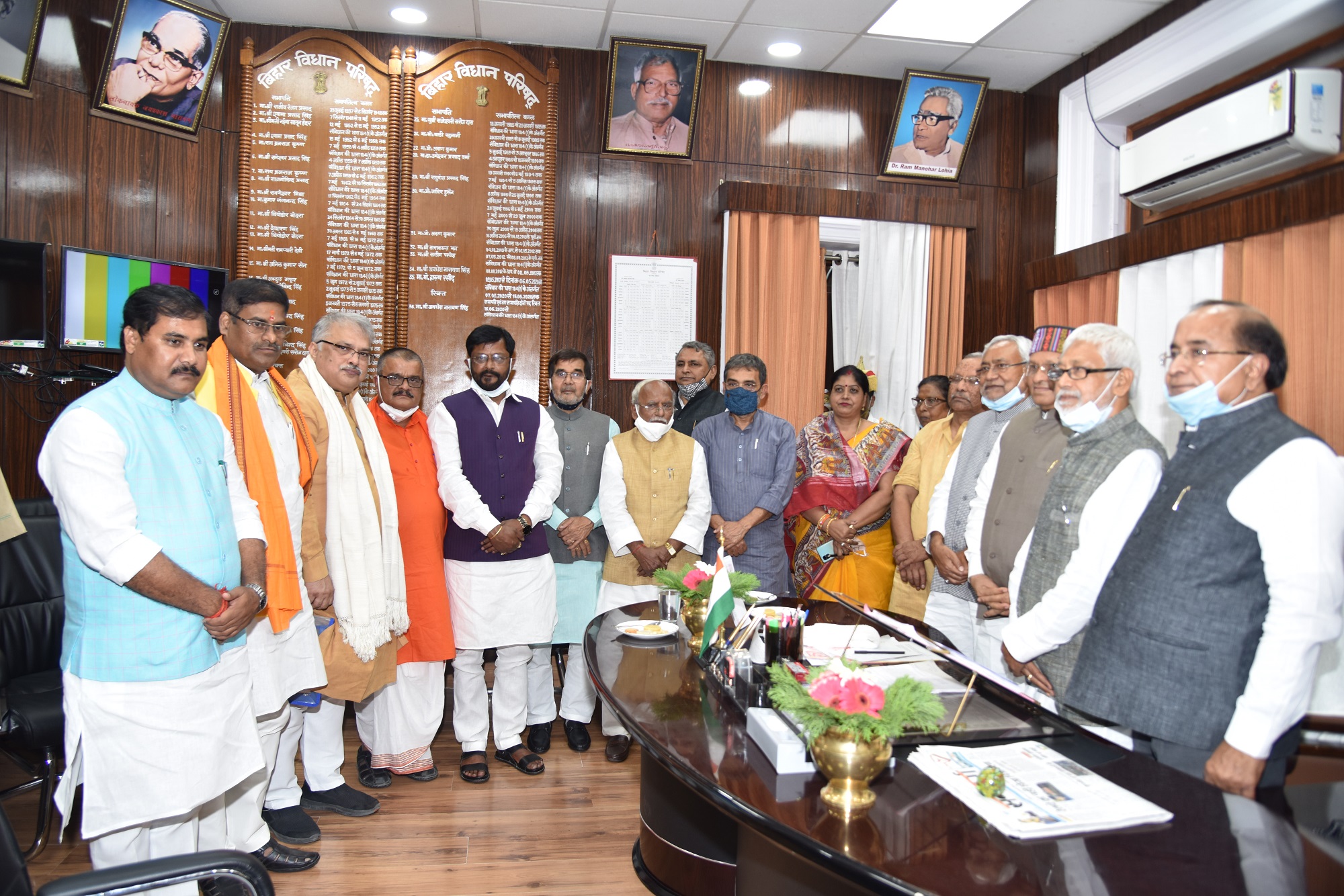 PATNA: Bihar Governor Phagu Chauhan on Wednesday nominated 12 MLCs from JD-U and BJP from his own quota. This includes six leaders from the JD-U and six from the BJP, with Upendra Kushwaha being the most surprise pick, barely 72 hours after joining the JD-U.

Sources said that Kushwaha is also a front-runner to get a place in the Cabinet of Chief Minister Nitish Kumar.

Besides Kushwaha, JD-U minister Ashok Choudhary, who’s known for his negotiation skills, has also been nominated as an MLC. Choudhary was instrumental in bringing BSP MLA Jama Khan and Independent MLA Sumit Singh into the JD-U fold.

JDU spokesman Sanjay Singh, known to be close to CM Nitish Kumar, has also become an MLC under the Governor quota. Others from the JD-U who have been nominated as MLC include Ram Vachan Rai and Lalan Saraf.

Nomination of six leaders each of the Janata Dal-United and the Bharatiya Janata Party as Members of Legislative Council under the Governor’s quota has left smaller alliance partners Hindustani Awam Morcha (HAM) and Vikassheel Insan Party (VIP) unhappy.

VIP chief spokesperson Rajiv Mishra said: “In the run-up to the Assembly election, our party President Mukesh Sahani said that one MLC will be elected from Nonia (backward) caste. We have many leaders representing this caste. Both JD-U and BJP did not discuss the matter with us and chose all MLCs from their own parties. It is highly unfair.”

“As a spokesperson, I have positively pointed out party achievements on every platforms and defended as well after our leaders fell into controversies. Ignoring a Kayastha leader like me is not good,” he said.

In this article:Bihar, BJP, JD-U, RJD