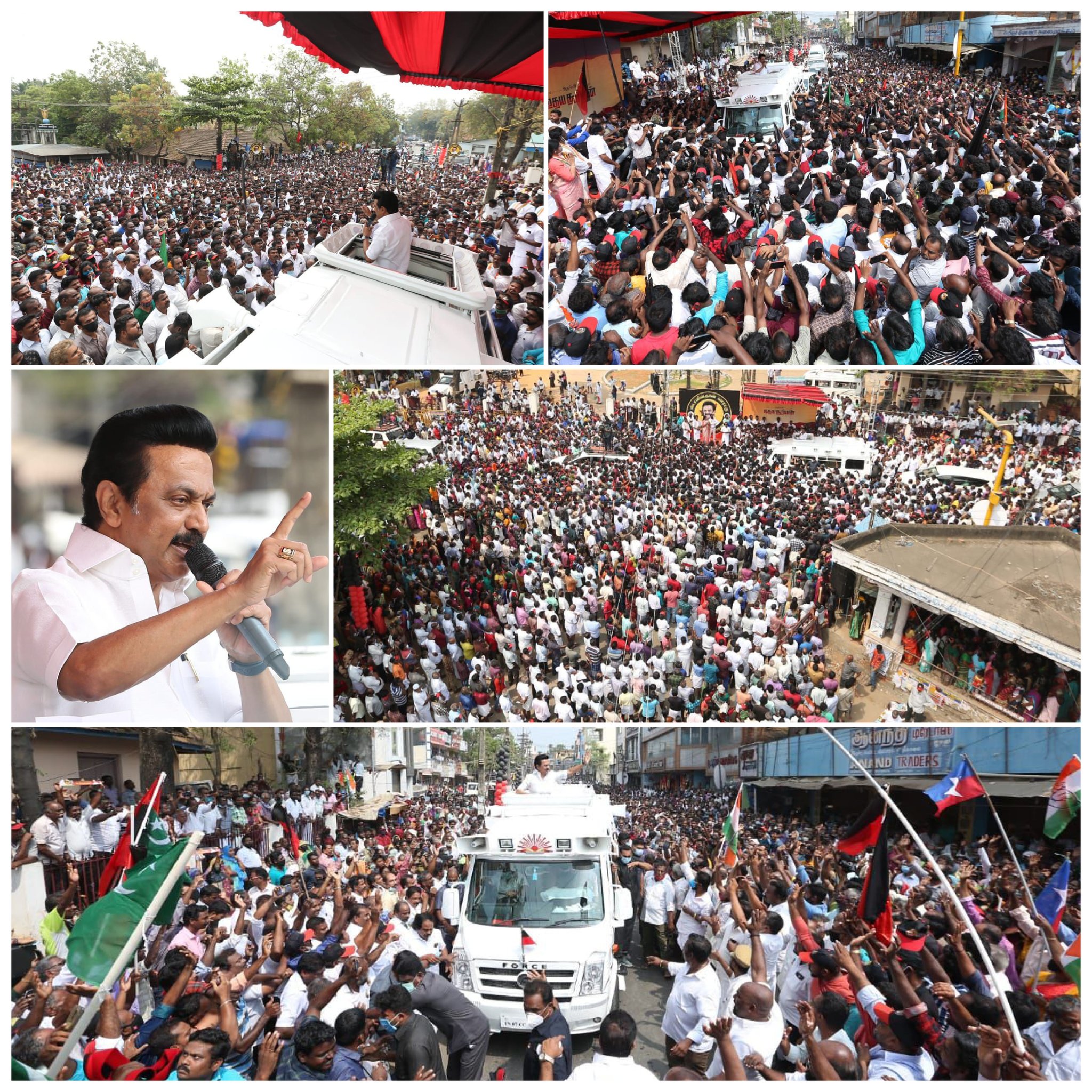 NEW DELHI: Even if the AIADMK emerged victorious in a single seat, the victor would be a ‘BJP MLA’ and hence people should vote for his party and its allies in the April 6 Assembly elections, DMK president M K Stalin appealed to the electorate here on Sunday.

In his campaign at Uthiramerur near here, Stalin said he had been saying that his party-led combine would win 200 out of 234 segments in Tamil Nadu.

However, considering the feedback from the people to his continuous campaign across the state, the DMK top leader said, “only we are going to win in all the 234 constituencies.”

Even if the AIADMK won a single seat in Tamil Nadu, the victor would not be an “AIADMK MLA but only the BJP MLA.”

The lone AIADMK Lok Sabha Member of Parliament from Theni, P Ravindhranath, who is the son of Deputy Chief Minister O Panneerselvam functioned only as a ‘BJP MP’ and this proved his contention, he claimed.
“…we should not allow the BJP (to win) and similarly, the AIADMK also must not come (succeed),” he said and asked the people to remember this aspect.

Reiterating his allegation of corruption against Chief Minister K Palaniswami, the DMK chief claimed that the AIADMK is a ‘branch’ of the BJP. Palaniswami has time and again dismissed such graft allegations as lies and derogatory.

DMK has tremendous confidence that all its poll assurances including the Rs 1,000 ‘rights’ assistance per month to women family heads could be fulfilled, he said.

“After I announced this promise (Rs 1,000 assistance for women), Palaniswami declared that Rs 1,500 would be provided to women as if the AAIDMK is going to come to power…

…for sure Palaniswami is not going to assume power and they may even promise a helicopter and aircraft for every household,” Stalin claimed adding the people were not ready to believe the AIADMK’s electoral promises.