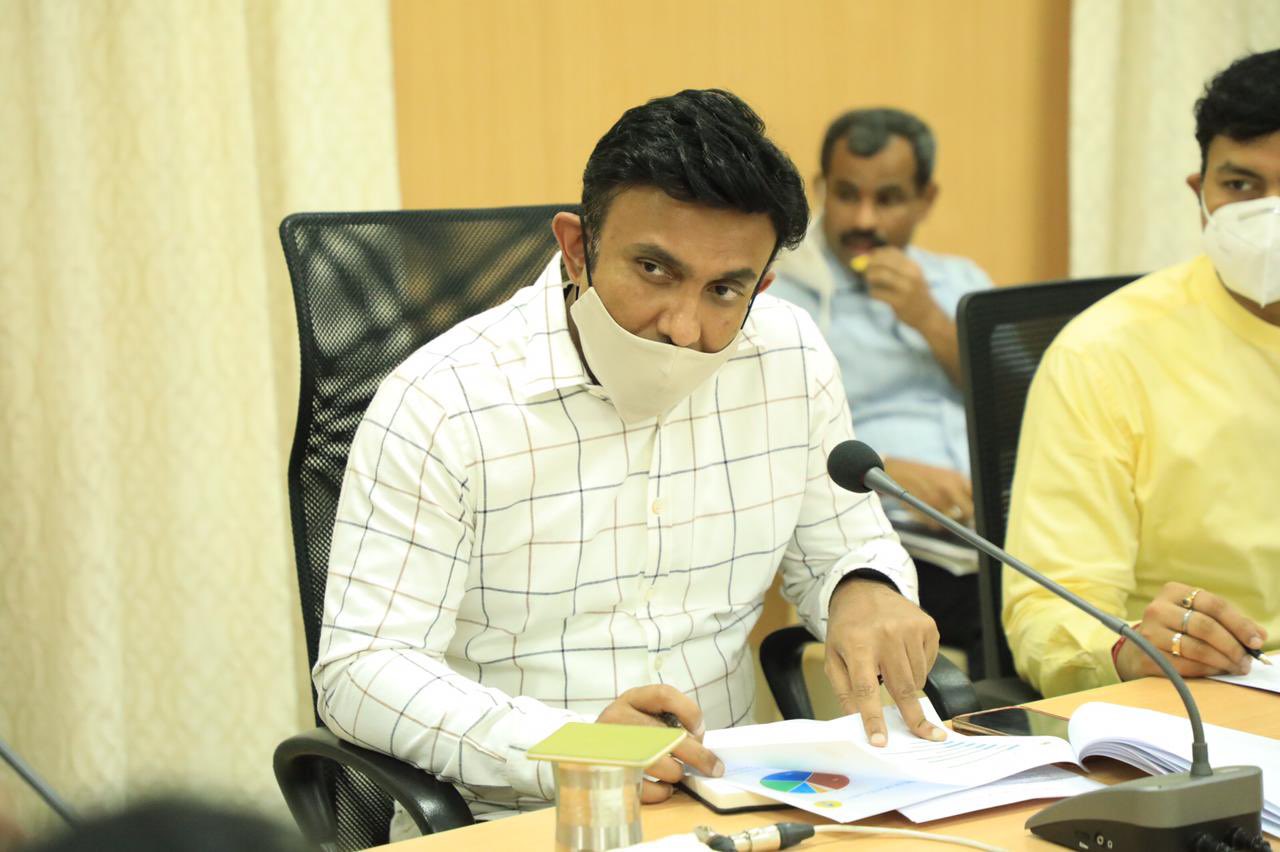 BENGLURU: Karnataka Health Minister K Sudhakar’s statement, calling for an investigation into the personal life of all 225 members of the state assembly to find out how many of them have had illicit or extra-marital relationships, created a flutter in political circles on Wednesday.

As this created an uproar in the assembly and drew criticism, the minister later said his statement has been misinterpreted, and expressed regret.

“To those opposition leaders from the Congress and JD(S) who are projecting themselves as Maryada Purushas and Sri Ramachandras, I want to throw a challenge. Let all 225 (MLAs) face an inquiry. Let it be proved who has had illicit relationships or not, including me,” Sudhakar had said earlier in the day.

Speaking to reporters in Bengaluru, he said, “Everybody’s character will be known. Who did what when they were Chief Ministers. Let everything be inquired. Anyway, this is a question of morality and values, right? Let it involve everyone – ministers, MLAs, opposition leaders.”

“They all are Satya Harishchandras. KR Ramesh Kumar, V Muniyappa (Congress leaders), Shivakumar, Siddaramaiah, Kumaraswamy. They’re following monogamy, right? Let them agree to this (challenge). Let there be inquiry on all 225, people will know the truth. I’m ready for this, he added.

Sudhakar’s statement was in response to the Congress’s demand for the resignation of six ministers, including him, on moral grounds and for getting injunction from the court against the publication or broadcast of any unverified news about them.

They had approached the court for injunction after one of their colleagues Ramesh Jarkiholi resigned earlier this month amid allegations of sexual harassment after the emergence of a purported sex video involving him. He has termed it a fake.

Reacting to Sudhakar’s statement, Shivakumar said he has one wife and one family. He said, “I’m very happy. He (Sudhakar) has given precious words to the state. We will discuss this in the Assembly after discussing with our leaders as it involves everyone.”

Hitting out at Sudhakar, Kumarsawamy said such a situation would not have arisen if he and his ministerial colleagues had followed propriety.

Recalling that he had once slipped in his private life, he said, I admitted that in the Assembly. Why has he (Sudhakar) brought in my name. I have said it openly.”

“These things wouldnt have come up had you behaved properly and hadnt gone to court for an injunction. You created these problems, Kumaraswamy said.

“Such matters should not be discussed in public. Nobody can claim to be Satya Harishchandra,” he added.

Meanwhile, Shorapur MLA Narasimha Nayak (Rajugouda) who is from  Sudhakar’s party (BJP), terming the minister’s statement as wrong, demanded that he withdraw it.

While giving the statement he (Sudhakar) should have taken specific names instead of speaking about all 224 MLAs. We are elected representatives, we have a position in society, so our statement should be made carefully as people will follow it. One should not make such light statements, it is not good for anyone, he said.

Opposition members hit out at Sudhakar stating that he had not even spared the women legislators.

“The 225 MLAs include you (Speaker), me….It”s a matter of our honour. I have worked in this house for 30-32 years, I”m pained, no one has made such a statement. There are women MLAs in 225, what will people think of us,” senior Congress MLA RV Deshpande said.

Mr Siddaramaiah, noting that Sudhakar has made a sweeping statement and specifically taken his name along with Ramesh Kumar, Shivakumar and Kumaraswamy, said it amounts to breach of privilege of the House.

“He has spoken, including women MLAs, so I urge the Chief Minister to get all 225 MLAs investigated…the Minister has to resign immediately,” he said.

As Minister of Law and Parliamentary Affairs Minister Basavaraj Bommai said the statement was made to the media outside the House and it has nothing to do with it or the government, also the context in which it was made was not known.

Siddaramaiah, raising objections, said Sudhakar is part of the government, he is the Minister.

Speaker Vishweshwar Hegde Kageri too expressed displeasure and said no one should speak lightly or in a way that it may create suspicion about the House or its members.

As his statement drew criticism from across partylines, including his own, Sudhakar, in a statement later in the day, said, “I have huge respect for the august House and legislators and I will never do anything that will disrespect the House.”

“My words which were expressed due to anguish against the prejudiced statements of opposition leaders have been misinterpreted and blown out of proportion. I have high regard for all legislators…Congress is desperately trying to indulge in character assassination of 6 ministers,” he said, adding that his statement has been misinterpreted and he regrets if it has hurt anyone.”