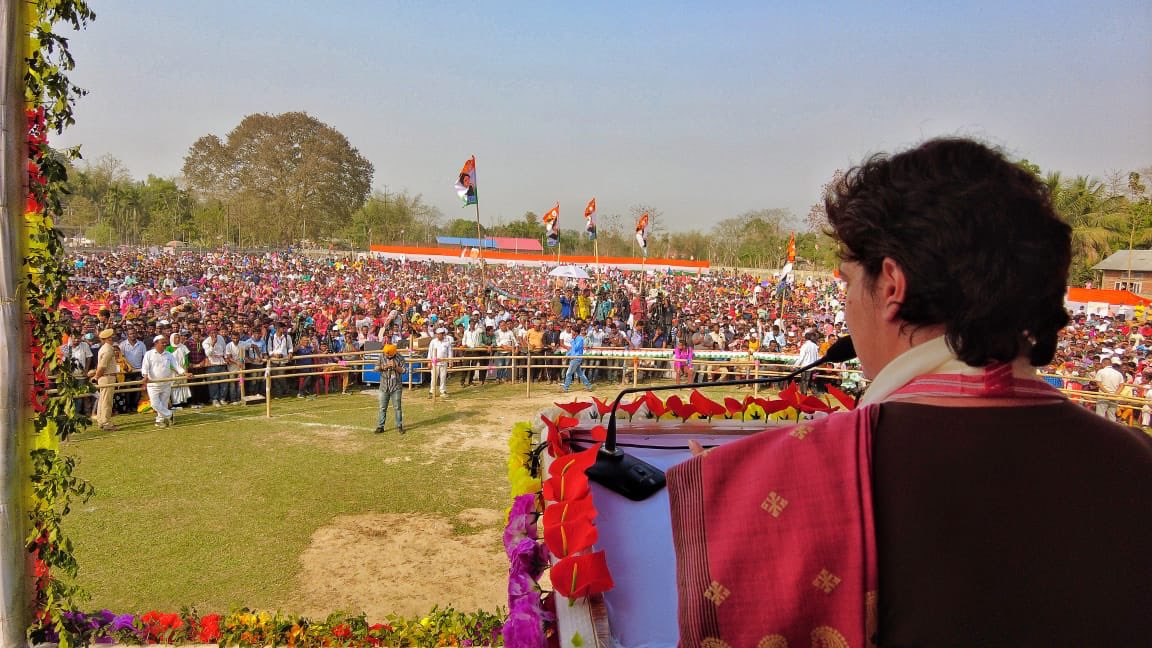 NEW DELHI: As polling began for the first phase of assembly elections in Assam, Congress leader Priyanka Gandhi Vadra on Saturday urged the people to vote for progress and golden future of the state.

The Congress-led ‘Mahajot’ alliance is seeking to wrest power from the BJP in Assam which is voting in three phases starting on Saturday. The counting of votes will be on May 2.

“Today, the first phase of polling is being held in Assam. I appeal to the people of Assam, especially the youth and my sisters, to go to the polling booths today and vote in large numbers,” Priyanka Gandhi said in a Facebook post in Hindi.

“Vote for progress and golden future of Assam,” said the Congress general secretary, who has campaigned in the state.

In this article:Assam, Congress, Priyanka Gandhi