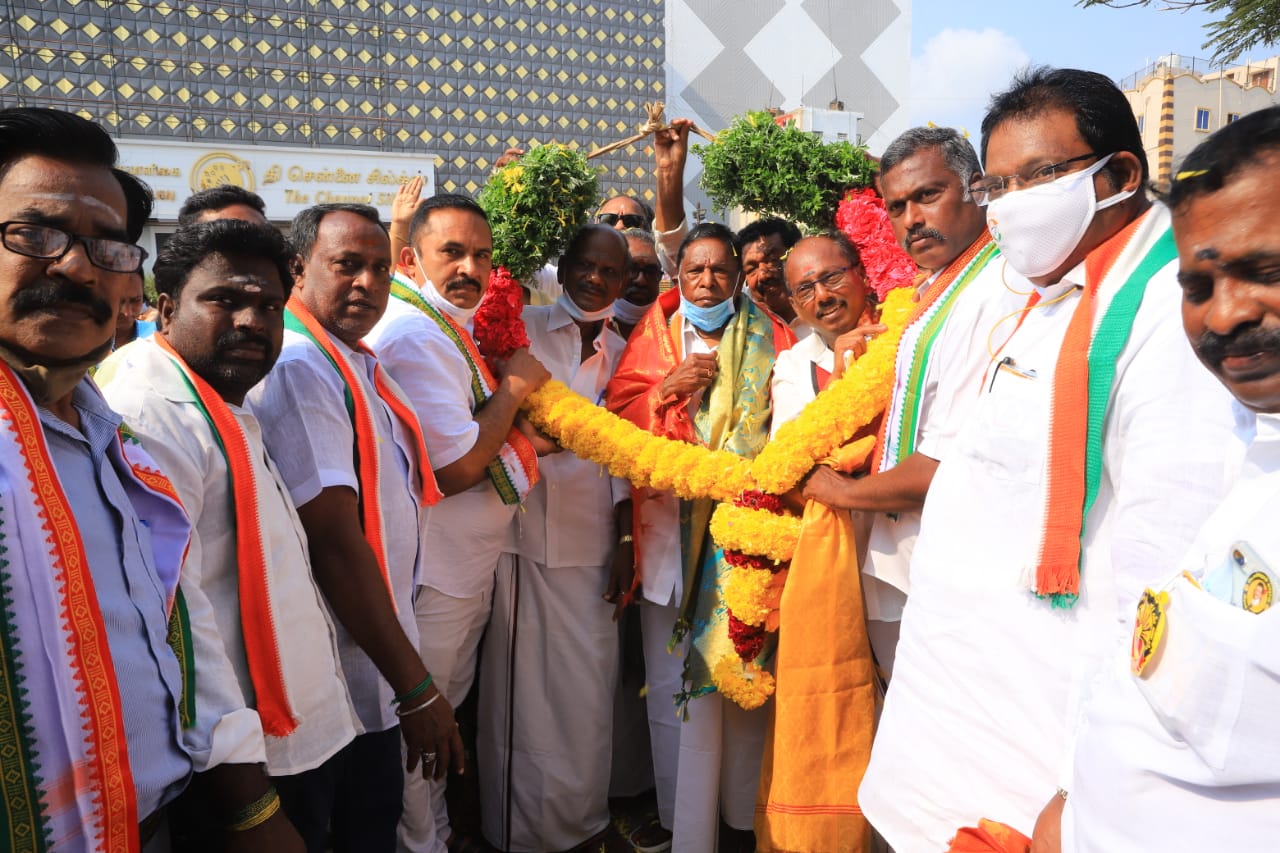 NEW DELHI: Free COVID-19 vaccination for all; scrapping of NEET and the new education policy; Rs 1,000 as assistance for homemakers; re-opening of mills; and enhanced pension for martyrs’ kin are some of the promises made by the Congress party in its poll manifesto.

The manifesto promised free vaccination against COVID-19 the expenses of which would be borne by the government.

A homemaker in every family would get a monthly assistance of Rs 1,000, the manifesto said.

Steps would be taken to scrap NEET mode for medical admission, and the new education policy, the manifesto said.

A university of agriculture would be set up in Karaikal and a varsity of law in Puducherry, the manifesto said.

It promised waiver of loans taken by beneficiaries through the Backward Class Corporation and Puducherry Adi Dravidar Development Corporation.

Civic elections would be conducted immediately, it said.

A quota of 25 per cent for the students of Puducherry in each of the courses available in the Puducherry University, it said.

Fifty per cent quota would be introduced for students in private medical colleges who were selected through CENTAC, it said.

A homemaker in every family would get a monthly assistance of Rs 1,000, the manifesto said.

Steps would be taken to re-open the government-owned AFT Mill, Swadeshi Cotton Mills and Sri Bharathi Mills which were closed by the NDA government at the Centre, it said.

Similarly, the Cooperative Sugar Mill at Lingareddipalayam would be re-opened, it said.

All households would be receive free water supply, it said.

Procurement price of milk would be raised from present Rs 32 to Rs 38 per litre, the manifeso said.

The move of the Centre to privatise distribution of power here would be opposed tooth and nail and the present arrangement of distributing power through the Electricity Department would be continued, the manifesto said.

Physically challenged people would get an enhanced pension at Rs 5,000 per person, it said.

Passenger ship facilities would be introduced between Karaikal and Sri Lanka, the manifesto said.

Infrastructure development, protection of weaker sections and augmentation of basic amenities, special schemes for farmers, women self-help groups and healthcare services were among the other promises.

The manifesto said the party would reiterate the demand for statehood for Puducherry and take action to persuade the Centre for waiver of loans due from Puducherry to the Centre over the years.

The manifesto said steps would be intensified for inclusion of Puducherry as a member of the Central Finance Commission.

The first copy of the manifesto was received by former Chief Minister V Narayanasamy.

AICC general Secretary Dinesh Gundu Rao was among those present.