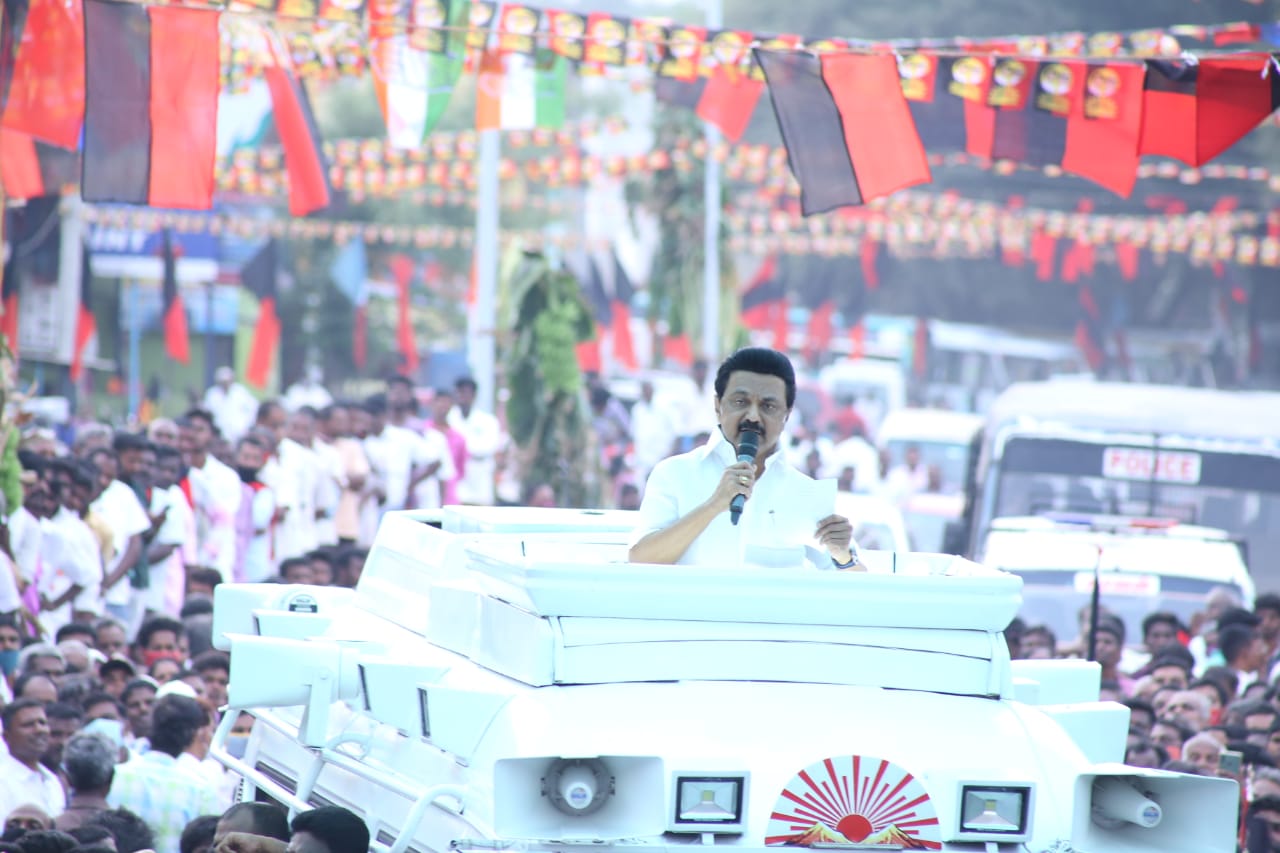 JOARPET: DMK President M K Stalin on Monday promised that the Citizenship (Amendment) Act will not be allowed in Tamil Nadu if his party was voted to power in the April 6 Assembly elections and slammed the ruling AIADMK for ‘supporting’ the BJP in Parliament on the issue.

Had the AIADMK and lone PMK member in the Rajya Sabha voted against the bill, CAA would not have seen the light of day and the two parties should be blamed for the ‘plight’ of minorities all over the country, he said.

Protests had broken out against the contentious Act earlier in various parts of the country, including in Shaheen Bagh in Delhi.

Addressing an election meeting here, Stalin charged the ruling AIADMK with “enacting a drama” on the matter ahead of the polls and recalled that his party had earlier staged protests against the CAA and also launched a massive signature campaign against it.

“I assure. We are going to come to power, there is no doubt about that.

So after we come to power, we will not allow this CAA (to be implemented) in Tamil Nadu. This is an assurance given by Stalin,” he said.

The DMK shared an “umbilical chord” with minorities and will always back them, Stalin added.

He also recalled that his party had opposed the bill in Parliament.

The AIADMK supported the ruling BJP at the Centre on issues like abrogation of Article 370 and abolition of Triple Talaq, but was now “enacting a drama” as if it were a protector of the minorities, Stalin said while lashing out at his party’s arch rival.

He also slammed Chief Minister K Palaniswami for not passing an assembly resolution against the three contentious central farm laws, facing stiff resistance from farmers agitating outside Delhi for about four months, pointing out that states like Punjab, West Bengal and Kerala had done so.

He promised to do the same in the state if his party won the April 6 polls and formed the government.

Various promises made in the DMK manifesto for the polls, including Rs 1,000 “rights assistance” to women family heads, cutting down petroleum prices would be implemented if it was voted to power, he said.