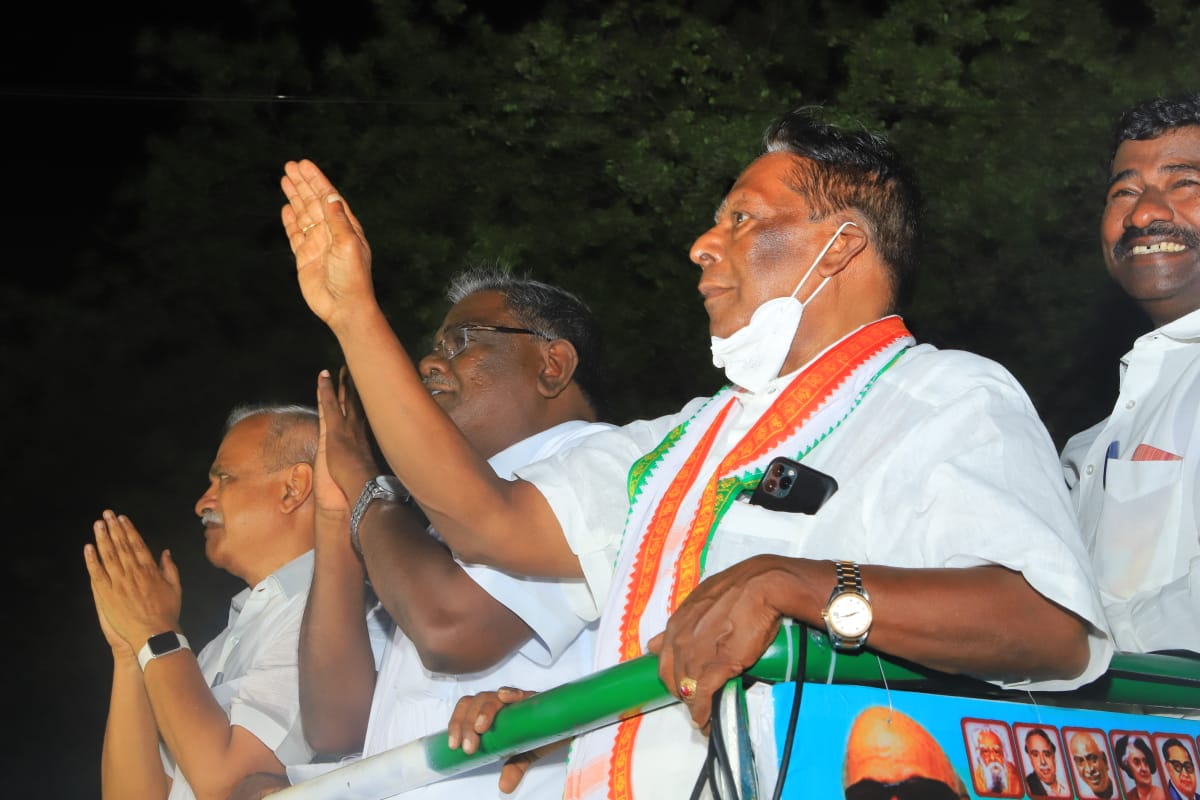 PUDUCHERRY: Former Chief Minister of Puducherry and senior Congress leader V Narayanasamy on Friday said the AINRC, heading the NDA here, would be ditched by the Bharathiya Janata Party (BJP), a constituent of the NDA, after the Assembly elections on April 6.

In a video message, Narayanasamy said the AINRC leader N Rangasamy should be wary of the BJP as all his expectations that the BJP-led government at the Centre would bring developmental schemes to Puducherry would be unfulfilled if the NDA won the polls and formed the government here.

“If the BJP is really interested in the development of Puducherry, it could have brought several schemes when the AINRC had an alliance with the BJP between 2014 and 2016,” he said.

AINRC was heading the government here in 2011.

“The BJP will ditch the AINRC after the upcoming polls and Rangasamy will be betrayed by the saffron party,” the senior Congress leader said.

He criticised the raids and search operations of the Income Tax authorities on the premises of the son-in-law of the DMK president M K Stalin in Chennai ahead of the Assembly elections.

Narayanasamy said Home Minister Amit Shah had visited Puducherry on Thursday for a brief roadshow and made no promises regarding statehood for Puducherry or waiver of loans due from Puducherry government to the Centre over the years.

The former Chief Minister further said if the NDA was voted to power in Puducherry there would be unrest everywhere on religious grounds and peace would become a thing of the past.

He appealed to the people here to shun the NDA and support the Secular Democratic Alliance headed by the Congress.