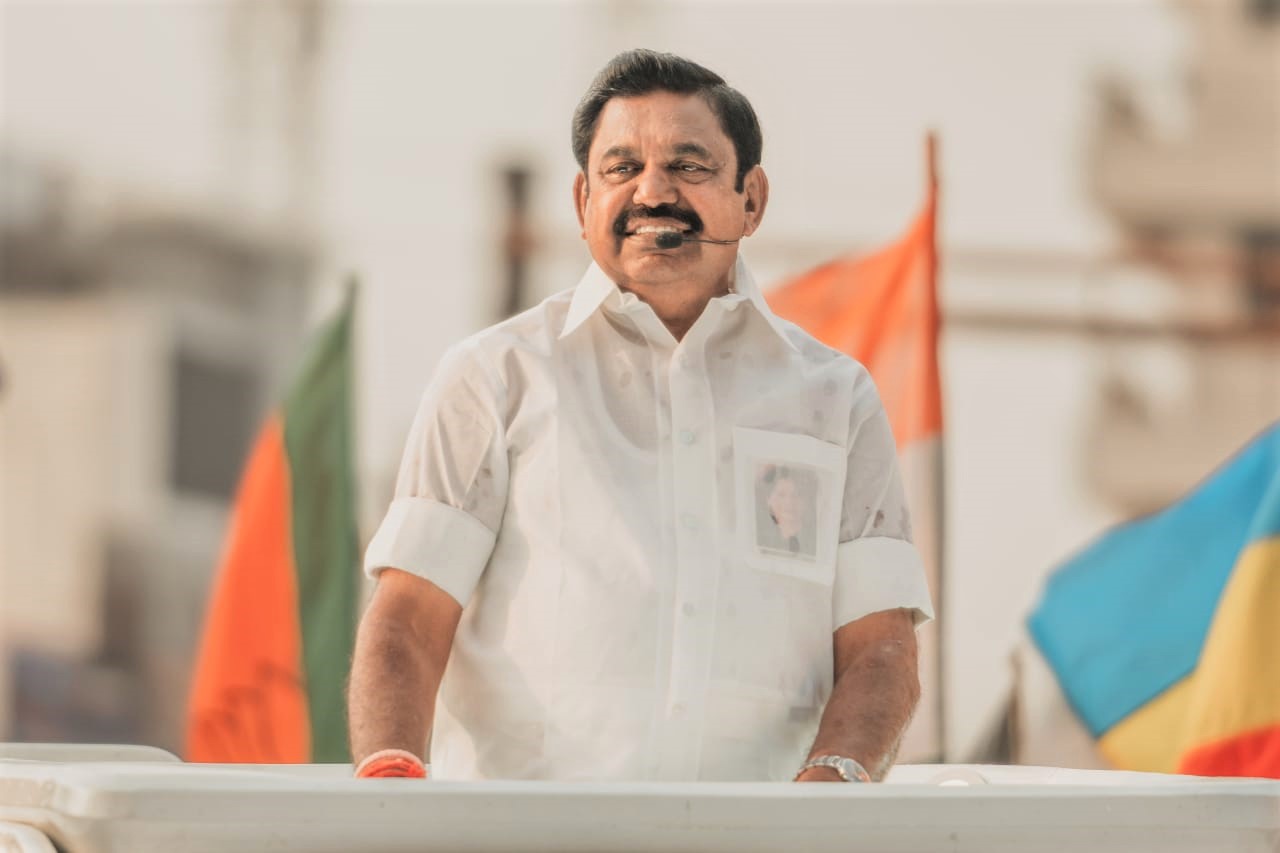 NEW DELHI: He may not be as charismatic as his party leaders, the late M G Ramachandran and J Jayalalithaa, but the simplicity and ability to connect with people make Chief Minister K Palaniswami, seeking another term from his Edapadi constituency, a down to earth person.

Palaniswami’s image dominates the party’s campaign for the polls and he is also shouldering the responsibility of campaigning for allies BJP and PMK.

He is seeking a fresh mandate from Edappadi assembly constituency, about 55 km from here, for the seventh time.

Also, he won the 1998 Lok Sabha election from Tiruchengodu constituency.

His master stroke in charting a road map to success for the AIADMK, which he held intact, post Jayalalithaa, from the day he assumed office as chief minister in February 2017, was to retain the Vanniyar-dominated PMK as an ally and announcing 10.5 per cent quota for the community.

This is expected to work in his favour in his home turf and the Vanniyar dominated belt as well.

Agriculture is the mainstay in this constituency, which accounts for a sizeable population of weavers and palm workers.

Vanniyars, Scheduled Castes, Nadars and Chettiyars too form the assorted population in this assembly constituency in Salem district.

“He will win hands down for a hat-trick, mainly because there is no anti-incumbency in his constituency as being portrayed by the opposition DMK.

Secondly, he did not neglect the constituency. He ensured development in Edappadi constituency as he has done in other parts of Tamil Nadu,” PMK leader N Annadurai,who had contested against Palaniswami in the 2016 assembly election, told PTI.

Annadurai, who had put up an intense fight in the 2016 assembly election, secured 56,681 votes, but lost to Palaniswami who obtained 98,703 votes to win for the second consecutive time from Edappadi.

In the 2011 polls, Palaniswami trounced PMKs Karthe M and won an impressive 1,04,586 votes. Karthe polled 69,848 votes. The DMK had won only in the 1971 elections and is now making a desperate attempt to stage a comeback.

Since he became the chief minister, the constituency he represents became prominent and Edappadi is the cynosure of all eyes now with the AIADMK combine having high expectations of the CM’s victory.

“He improved the infrastructure and also was instrumental in augmenting the water resources for drinking needs and agriculture requirement. EPS annan (elder brother) will win and set a record,” claims Murugan, one among numerous AIADMK secretaries actively involved in campaigning for the CM.

“Development of the constituency and Tamil Nadu, as well, has been his top priority,” Murugan told PTI.

He firmly believes that the chief minister will win easily and that the remaining candidates will lose their deposits.

DMK candidate T Sampathkumar, facing an uphill task in taking on Palaniswami, claims the problem of unemployment still needs to be addressed in the constituency.

He has assured setting up of an industrial estate, a textile park and an agro park, if he wins.

“Our party has fielded a strong candidate in Edappadi hailing from the dominant Vanniyar community. He has a favourable chance to win,” asserts K Selvaraj, a DMK local leader campaigning for Sampathkumar.

The Tamil Nadu governments announcement on 10.5 per cent reservation for Vanniyars has been announced only with an eye on the assembly election and this may not work for the ruling party, he claims.

He claims his community members will never vote for DMK.

“The battle lines have clearly been drawn between development, represented by the AIADMK,and destabilising forces of the DMK. Not only in Edappadi constituency, but also in the rest of Tamil Nadu, there is no anti-incumbency wave as the DMK is falsely depicting,” he said.

The PMK, Annadurai emphasises, feels that the chief ministers announcement of 10.5 per cent reservation for Vanniyars will have a huge impact on his victory.

Palaniswami, who will turn 67 on May 12, about 10 days after the poll results, is also banking on his governments performance during the pandemic times, natural calamities and in fetching global investment into Tamil Nadu ,besides the partys Two Leaves to get him back in office.

Shri Ratna of Naam Tamilar Katchi,Thasapparaj D of Makkal Needhi Maiam and Pookadai Sekar N of Amma Makkal Munnetra Kazhagam are also in fray in this constituency, with an electorate strength of 2,84,378.