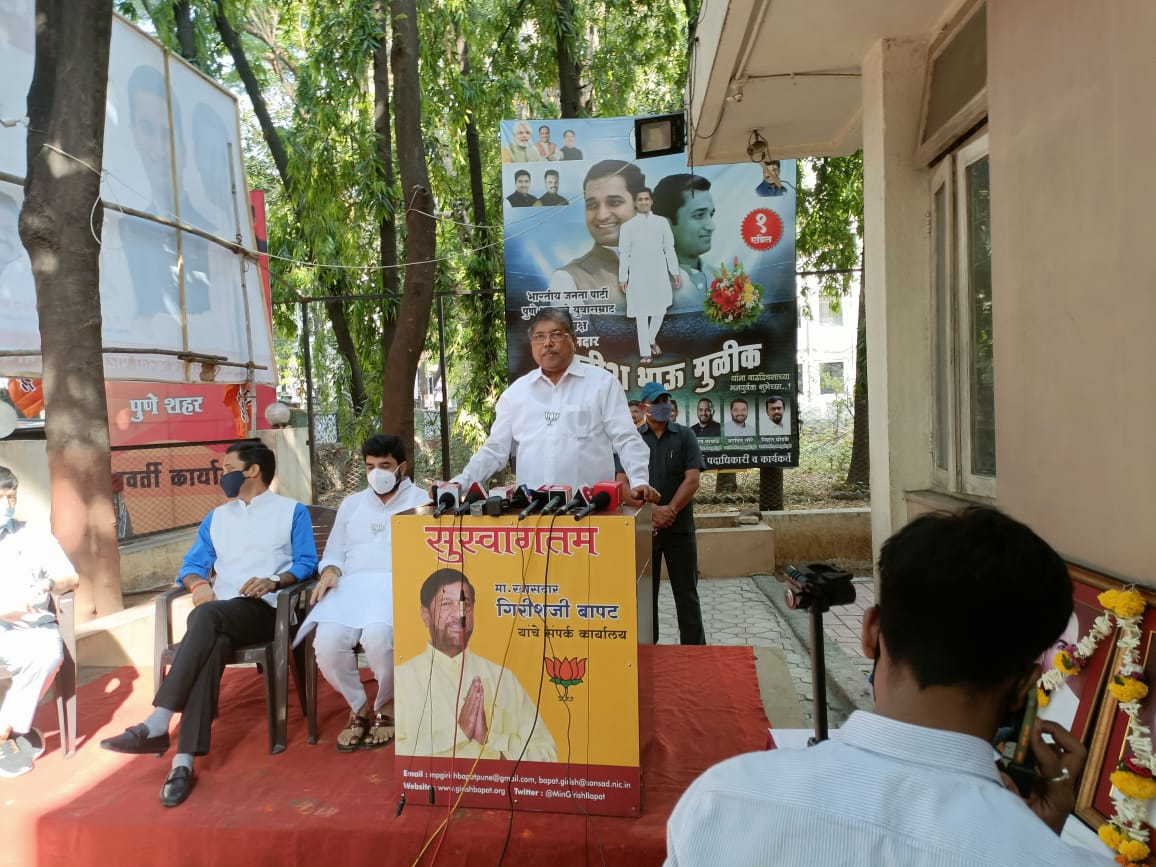 MUMBAI: Maharashtra BJP chief Chandrakant Patil on Thursday claimed two more state ministers will have to resign in 15 days and that the state was a “fit case for President’s rule”.

His remarks came a day after suspended cop Sachin Waze in a letter claimed former state Home Minister Anil Deshmukh had demanded Rs 2 crore from him to continue his service in the Mumbai police and another minister Anil Parab asked him to collect money from contractors.

Parab, a Shiv Sena leader, has denied the allegations.

Talking to reporters here on Thursday, Patil said “what is in store in future is the common man’s guess”.

“Two state ministers will have to resign in another 15 days. Some people will go to court against these ministers and then they will have to quit,” he claimed without naming anyone or elaborating further.

Patil said there is a possibility that the allegations against Transport Minister Anil Parab may also be clubbed with the probe into charges against Anil Deshmukh.

“Maharashtra is a fit case for President’s rule,” the BJP leader said, adding his party was not making the demand.

He said from what is going on in the state, experts should explain what else is needed to impose the President’s rule.

“If you want to blame the Centre for everything, why not give the state administration to the central government?” be asked.

Patil alleged that Anil Deshmukh was a “hypocrite” as he had moved the Supreme Court against the Bombay HC order for a CBI probe into the allegations against him.

“In the resignation letter, he (Deshmukh) says he is quitting to facilitate a free and fair probe, and the next day he moves the apex court against the probe,” Patil said.

The BJP leader said the MVA government (comprising the Shiv Sena, NCP and Congress) in Maharashtra defended Waze so aggressively during the state’s budget session that the Assembly had to be adjourned nine times.

Patil alleged that the MVA government was indulging in an “organised crime”.

“If the evidence comes out on paper,provisions of the Maharashtra Control of Organised Crime Act (MCOCA) will have to be invoked,” he claimed.

Talking to reporters in Nagpur, senior BJP leader Devendra Fadnavis said the claims made by Waze in his letter are serious and there is a need for deliberation on it.

“The things that are coming out and happeningare not good for the reputation of Maharashtra and the state police.

The CBI or any other competent authority should investigate the letter’s content and bring out the truth,” the former state chief minister said.