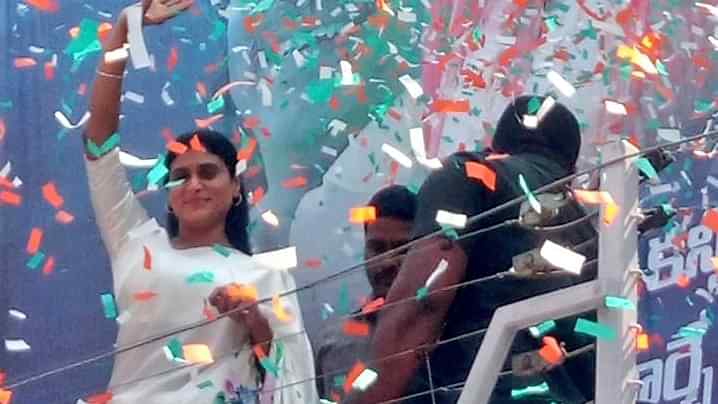 Addressing a public meeting in Khammam, about 200 KM from here, Sharmila said the outfits name, agenda and other details would be announced on July 8.

Also, she said she would undertake a hunger strike in Hyderabad for three days from April 15 if notification for government jobs is not issued by the dispensation.

The relay hunger strike would continue in every district by her partys cadre and leaders until the demand is met, she further said.

There is a necessity to float a party to question the alleged corruption in K Chandrasekhar Rao-led government in Telangana, she said.

Our party is very much needed to question the KCR government( on anti-people policies). Though Telangana was formed seven years ago, peoples ambitions were not fulfilled,” she said.

Sharmila’s father late Y S Rajasekhara Reddy, widely known as YSR, was the Chief Minister of united Andhra Pradesh from 2004 to 2009 until he died in a chopper crash which took place in September 2009.

She recalled her fathers association and developmental works he had undertaken in Telangana.