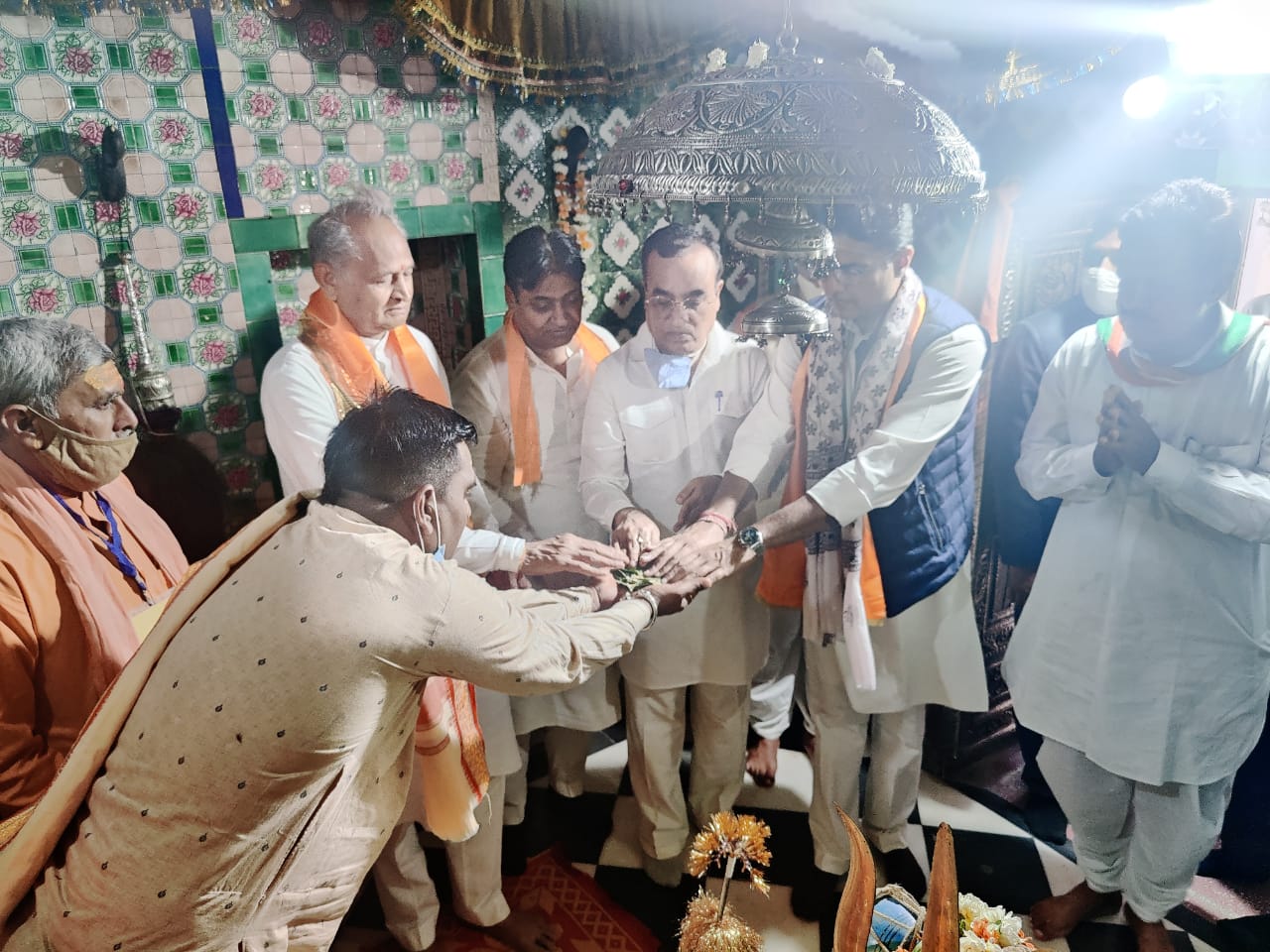 Seeing senior Congress leader, AICC general secretary and in charge of Rajasthan Ajay Maken working tirelessly in the sweltering heat of Rajasthan with the sole aim to see his party win in by-polls in three assembly constituencies of the desert state, one is reminded of a quote “Some people want it to happen, some wish it would happen, others make it happen,” by Michael Jordan, Hall of Fame basketball superstar. And Maken is keeping it simple but doing it effectively.

By-elections to three of the assembly constituencies in Rajasthan-Rajsamand, Sahada and Sujangarh are to be held on April 17.

No doubt these bye-elections are nothing short of a big challenge for Ajay Maken, the Congress in charge.

These are the first elections in any assembly seat under Ajay Maken’s leadership after being made in charge.

In such a situation, Maken is going ahead with with full preparation and a strategy to win in the elections. This can be gauged from the fact that Ajay Maken is monitoring and has devised strategies for the three seats.

He has spent days in fields especially in two important constituencies of Sahada and Rajsamand meeting party workers and trying to unify the party, which until he came to these constituencies seemed to be fragmented. He really has become one of the few AICC general secretaries to be on the field taking on the opponent’s head-on and in an effective way too.

In fact, Maken, a polite and sophisticated leader, soon after becoming in charge of Rajasthan has been working hard to strengthen the party in the state. He has been busy gathering feedback from the party functionaries and workers in a bid to end factionalism in the party.

As soon as he came to these constituencies, he started to persuade angry and disgruntled leaders.

According to reliable sources, Maken tried to convince more than 20 disgruntled and angry leaders of Rajsamand.

Among them, many disgruntled and angry leaders are those who were seeking tickets in the assembly elections, but neither in the assembly nor in the bye-elections they were given a chance.

Maken sought the list of dissatisfied leaders from the election in charge, after which Maken visited their homes and met all the angry leaders and tried to persuade them to work for the party. And he has been successful to a great extent.

Maken has assured these leaders that they would be adjusted in the organisation and may also be rewarded in some other way.

Frankly speaking, a politically matured leader, Maken has been successful to a great extent in curbing dissidence in the party.

Though, it is premature to predict which party-BJP or Congress will win in these polls, one thing is for sure Maken with his political astuteness and strategy has made Congress look much stronger in all these three constituencies and he has proved what a leader can do.

John C. Maxwell once said and I quote, “A leader is one who knows the way, goes the way, and shows the way”. Maken is doing just that and for Congress, he is proving to be a great asset.

The writer is senior journalist and Political Analyst, based in Jaipur