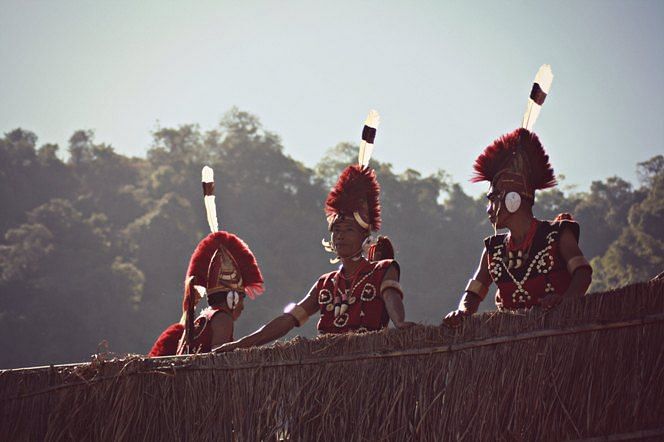 KOHIMA: A consultative meeting of the Nagaland government with tribal bodies and civil societies of the state on Friday decided to form a Joint Consultative Committee (JCC) to work out modalities to achieve the objective of the Register of Indigenous Inhabitants of Nagaland (RIIN), a government spokesperson said.

The state government in June 2019 had launched the RIIN exercise to streamline the system of issuance of indigenous inhabitant certificates.

It would also help maintain a record of indigenous inhabitants, who settled in Nagaland before December 1, 1963, the day it became a full-fledged state, the Nagaland government had said.

The meeting which went on for over three hours had a “fruitful discussion” on the implementation of RIIN, government spokesperson and advisor Mmhonlumo Kikon told reporters.

The committee will be able to co-opt new members from the Nagaland Garo Tribal Council, Kuki Inpi Nagaland, and other non-Naga organisations, he said.

During the meeting the tribal bodies and civil society organisations were of the view that they need to be given the Banuo Z Jamir Commissions report on RIIN, submitted to the government in October 2020, for examining it in detail and to make necessary recommendations, Kikon said.

At the district level, the committee will be headed by respective deputy commissioners and will have members from different tribal bodies, he said.

An official notification will be issued soon, he said.

“RIIN is a sensitive issue and needs to be handled carefully,” the spokesperson said.

The tribal bodies are being engaged and they will be involved in the final preparation of RIIN, he said.

It was decided that the entire report would be given to the tribal bodies so that they can go through it in detail and offer views and suggestions of the tribes on the implementation of RIIN.

Elaborating on land reforms in the state, he said, the government is contemplating bringing new land laws and such reforms involve the tribal hohos (organisations) as land in Nagaland belongs to the people.

After emerging from the meeting, ENPO president Sashi Naga and general secretary Manlan Phom agreed that the Banuo Z Jamir Commission on RIIN had held discussions with the respective tribal bodies and submitted its report to the government.

However, Sashi Naga said that since they have not seen the final report it was difficult to arrive at any conclusion.

Therefore, all the tribal bodies and the civil societies present in the meeting have sought the report.

We will study the report and suggest additions and omissions if necessary, he said.

Opposition Leader T R Zeliang, who attended the meeting, refused to comment, saying Chief Minister Neiphiu Rio had stated in the Assembly that as and when the Commission on RIIN headed by former Chief Secretary Banuo Z Jamir brings out the report, he will table it on the floor of the House for further consultation and even amend some notifications or give a fresh notification for corrections.

So far the report has not been brought out or seen by anyone, so I will not comment on this issue, he said.

Nonetheless, Zeliang asked the government to focus on the implementation of ILP in toto, which was amended in the assembly.

Chief Minister Neiphiu Rio, Deputy CM Yanthungo Patton, cabinet ministers, legislators from both ruling and opposition as well as senior bureaucrats and deputy commissioners of all the districts were present in the meeting.