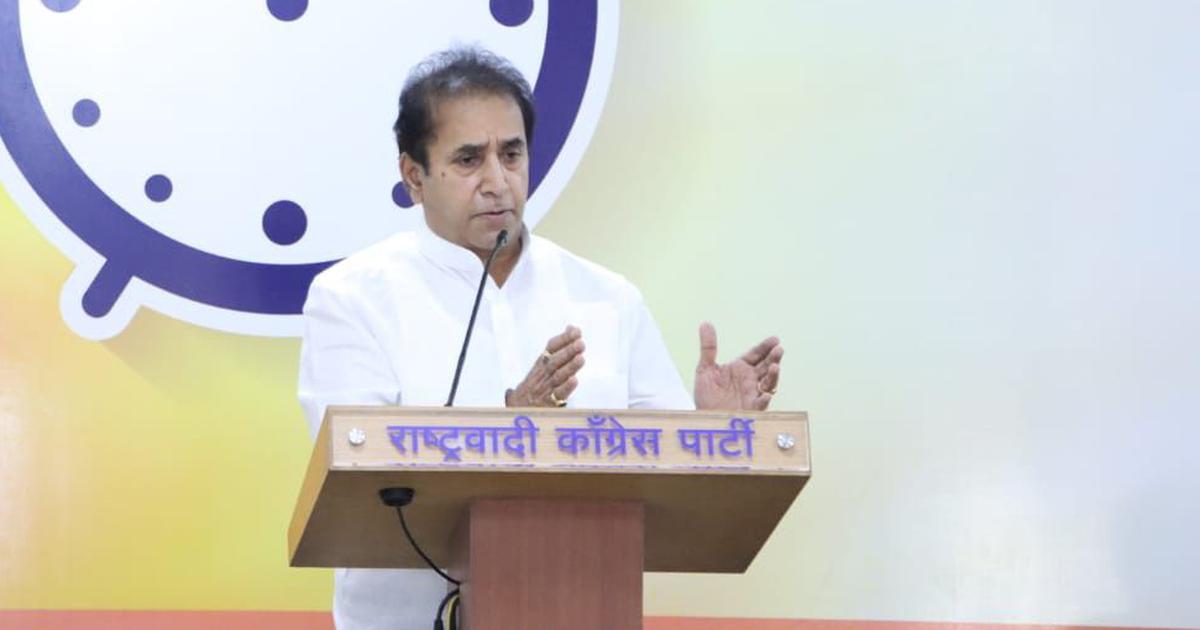 NEW DELHI/ MUMBAI: The CBI has registered a case of alleged corruption against former Maharashtra home minister Anil Deshmukh and conducted searches at his premises in Mumbai and Nagpur on Saturday, officials said.
The searches were conducted for nearly 10 hours. In addition to Deshmukh’s premises, residence of his PA Sanjeev Palande in Mumbai was also searched.
Deshmukh told reporters in Nagpur that he cooperated with the officials during searches at his residence.
The CBI action came after completion of its preliminary enquiry registered on the orders of the Bombay High Court which was hearing a PIL on the allegations of bribery against Deshmukh levelled by former Mumbai Police Commissioner Param Bir Singh who was shunted out from the coveted post after role of a policeman Sachin Waze surfaced in the explosive-laden SUV found parked near industrialist Mukesh Ambani’s house.
The agency has booked Deshmukh and others under IPC sections related to criminal conspiracy and section of Prevention of Corruption Act for “attempt to obtain undue advantage for improper and dishonest performance of public duty”.
In his letter to Chief Minister Uddhav Thackeray, after he was removed from Commissioner’s post, Singh had alleged that Deshmukh had asked Waze to extort over Rs 100 crore a month from bars and restaurants of Mumbai, they said.
“The preliminary enquiry prima facie revealed that a cognisable offence is made out in the matter, wherein the then home minister of Maharashtra, Shri Anil Deshmukh and unknown others have attempted to obtain undue advantage for improper and dishonest performance of their public duty,” the CBI FIR alleged.
According to the CBI manual, a preliminary enquiry is initiated to assess if there is enough prima facie material in the allegations to proceed with a regular case for a full fledged probe, they said.
The CBI enquiry found Waze, assistant inspector of Mumbai police, had been reinstated into the police force after being out of of police service for more than 15 years.
Waze was entrusted with most of the sensational and important cases of Mumbai City Police and Deshmukh was in knowledge of the said fact, the FIR alleged.
It alleged that Deshmukh “and others” exercised undue influence over the transfer and posting of officials and thereby exercising undue influence over the performance of official duties by the officials, the FIR alleged.
After registering the FIR on April 21, the CBI on Saturday carried out searches in Mumbai and Nagpur at premises linked to the former minister who had resigned earlier this month after the high court had ordered a CBI probe against him.
In Mumbai, teams of the Central Bureau of Investigation (CBI) searched at two properties linked to Deshmukh.
Taking precautions of COVID, the teams searched Dyaneshwari bungalow in south Mumbai’s Malabar Hill, which was allotted to Deshmukh, when he was a minister and his flat in Sukhada Apartment on Sir Pochkhanwala Road in Worli.
The CBI teams wearing PPE kits and masks arrived early morning and made spot panchnama of recoveries.
A similar action unfolded at Deshmukh’s hometown Nagpur where the CBI team, which had arrived Friday night, searched his residence at GPO Square in Civil Lines area in the early morning. The team left around 6.30 pm.
“I cooperated with the CBI team which came for searches at my house,” Deshmukh told reporters.
He had resigned as a minister after the high court asked the CBI to probe the allegations.
Reacting the CBI action against its leader Deshmukh, the NCP said nobody was above the law, but added that the truth behind the “political conspiracy” against him.
Talking to reporters, NCP spokesperson and Maharashtra minister Nawab Malik said, “Nobody is above the law. Anil Deshmukh is cooperating with the agencies.”
He said he was not aware if any FIR has been registered against Deshmukh.
“What was the role of former Mumbai police commissioner (Param Bir Singh) in the case. All these actions are taking place based on the ex-commissioner’s letter,” he alleged.
“This is nothing but misuse of power to malign the state government and Anil Deshmukh. We have full faith in the judiciary and know that the truth behind the political conspiracy will be exposed through the probe,” he said.
Shiv Sena leader Sanjay Raut also said that nobody was above the law.
“It is not correct to comment on CBI’s action. Anil Deshmukh had already given his statement in the case. CBI is doing its work, similarly high court and the Maha Vikas Aghadi (MVA) government are doing their own work,” he said.
“If there is a political agenda in the case against Anil Deshmukh, then the MVA government will take a stand. Hope the action against Deshmukh is restricted to directives of the high court,” he said.

On March 25, Singh had filed the criminal public interest litigation seeking a CBI probe against Deshmukh, who, he claimed, had asked police officers, including Waze, to extort Rs 100 crore from bars and restaurants.