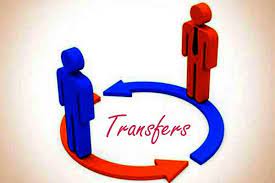 Among the IAS officers who were shuffled were Ajay Singh Tomar, Special Secretary, Finance Department, who was posted as the Commissioner, Municipal Corporation, Yamunanagar, an official statement said.

Among the HPS officers shuffled are Virender Singh, DSP, CID department, who has been posted as the District Transport Officer-cum-Secretary, Regional Transport Authority, Gurugram.

In this article:IAS officers Haryana