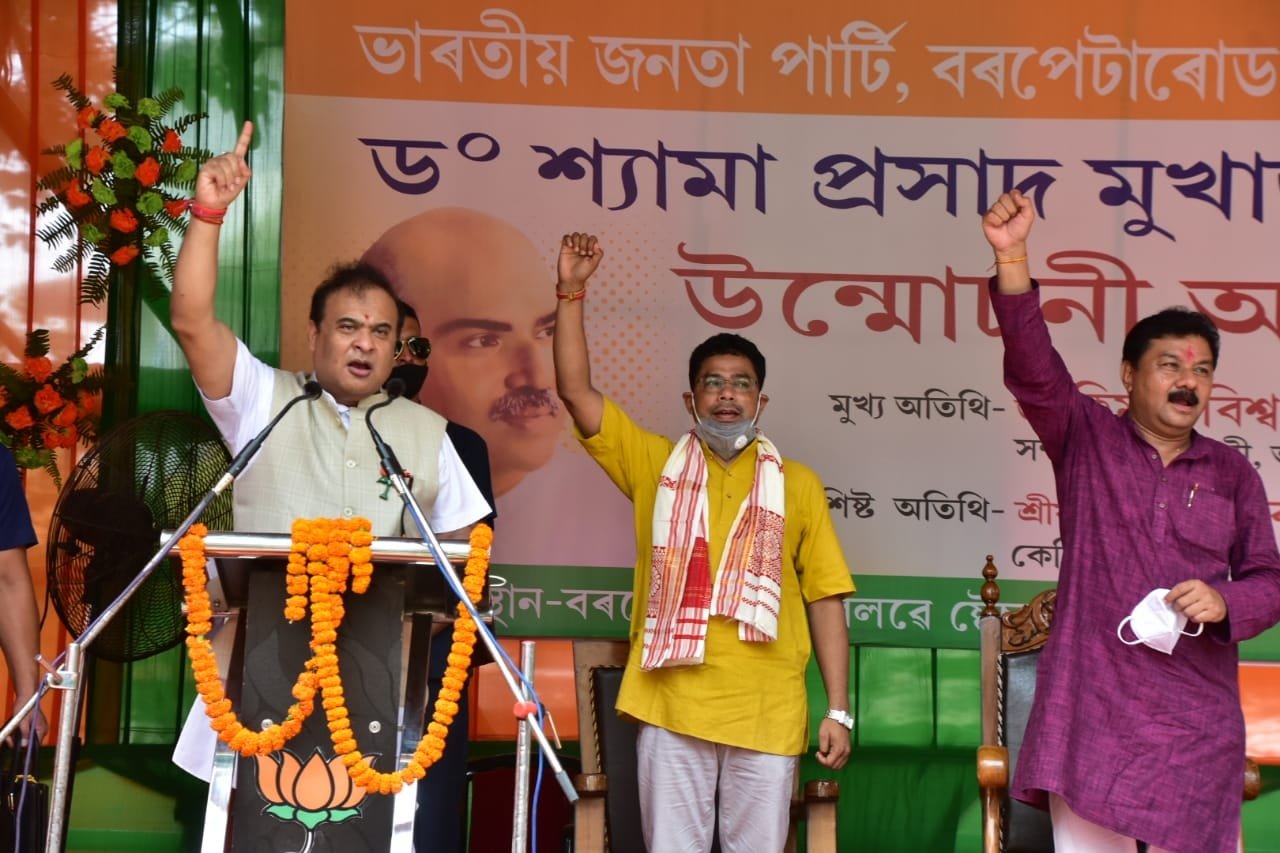 GUWAHATI:Assam Chief Minister Himanta Biswa Sarma on Tuesday said that the role of an MLA is confined to framing laws, while it is the duty of the ministers to implement them.

Government officers will listen to the ministers as long as he is the chief minister, Sarma said at a programme in the Sorbhog assembly constituency from where a leader of the opposition CPI(M) has won in the recently held election.

An assembly constituency earlier had only an MLA, but now it has a guardian minister too, he said.

We bow in reverence to founder of #JanSangh Dr Syama Prasad Mookerjee on his 120th Jayanti. सादर नमन🙏

Humbled & honoured to have unveiled a statue of Dr Mookerjee at Barpeta Road with Sri @RanjeetkrDass. This shall eternally inspire us on his great ideals. @BJP4India @JPNadda pic.twitter.com/VsOGRZ24JH

“MLAs will work in the assembly and frame the laws. If we do something bad, they can topple the government, though they cannot actually do so (this time) as we have majority,” Sarma said.

“But the DCs, the SPs, the SDCs (subdivisional officers civil), who will they listen to? The executive is with us. As long as I am the chief minister, they will listen to the ministers. The Speaker (of the Assembly) will listen to the MLAs,” he added.

Addressing a meeting after unveiling a statue of Jan Sangh founder Syama Prasad Mookerjee, he said that there is a CPI(M) MLA in Sorbhog but the minister there is Ranjeet Kumar Dass.

Dass, a senior BJP leader and a former legislator of Sorbhog, was appointed as the guardian minister of Barpeta district under which constituency falls.

Sarma was referring to the appointment of a guardian minister for every district in the state.

Stating that the position of a minister is always above an MLA, he said that it is the minister who will implement the legislation framed by lawmakers.

“The MLAs will not decide what BDOs and SDC will do.

The minister will decide (it),” the chief minister said.

The CPI(M) MLA of Sorbhog will go to the assembly and say how many houses are to be allotted, “but to whom these are to be given, we will decide,” he said.

“The CPI(M) MLA will decide in the assembly that 1,000 kms of road has to be constructed. But ministers will decide which roads will be built. Till I am the chief minister, the state will run like this,” Sarma said.

He said that every organ in a democracy has its specific role.

“If tomorrow, judges say that we will build roads, it won’t work. Their work is to point our mistakes, punish for crimes, even give death sentences,” the chief minister said.