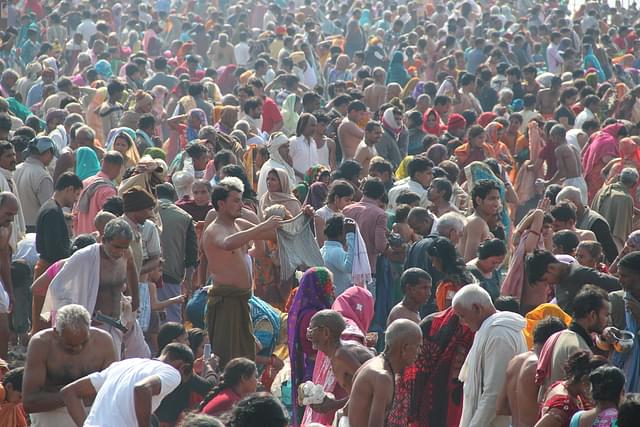 NEW DELHI: The Vishva Hindu Parishad (VHP) on Friday said any population control measure should be considered keeping in mind that the dominance of Hindus remains intact in the country.

Addressing the media, VHP general secretary Milind Parande also said if there is just one child in a family, “the population of Hindus will be reduced by the Hindus themselves”.

Hence, whatever is required to ensure that Hindus remain in the majority must be done, he added.

“The Hindu society must think that there should be at least two children in a family. If there will be just one child in a family, the population of Hindus will be reduced by the Hindus themselves,” Parande said.

He was addressing the media ahead of a two-day meeting of the VHP’s governing council and board of trustees, scheduled to begin in Faridabad on Saturday.

Parande’s comments on the issue came after the VHP recently asked the Uttar Pradesh government to remove the one-child policy norm from its draft population control bill, saying it is likely to lead to furthering of the imbalance between different communities and contraction of the population as well.

Sharing the agenda of the two-day meeting, the VHP general secretary said government control over the management of a number of temples, illegal religious conversions and the post-poll violence in West Bengal are among the key issues for discussion.

Elections for the VHP’s new president and general secretary will also be held during the two-day meeting, he added.

Vishnu Sadashiv Kokje, the current president of the VHP, was elected to the post in April 2018.

Parande said temples should be managed by the society but a large number of temples are under the control of the government in several states.

The two-day meeting will discuss how to free these temples from government control, he added.

“From social awakening to knocking the doors of the Supreme Court to free temples from government control — all these possible measures will be discussed at the meeting,” the VHP leader said.

He said the meeting will also discuss the issue of illegal religious conversions and the need for the enactment of a central law to put a check on such activities across the country.

“Illegal religious conversions are being carried out by the Christian missionaries and the Islamic jihadi elements. It is a nationwide problem. We will discuss this matter at our meeting and come up with a proposal,” Parande said.

Replying to a question on RSS chief Mohan Bhagwat’s recent remark on Muslims, he said there is no difference in opinion between the RSS and the VHP.

“The RSS chief has neither said anything new nor anything different. Our ideological line is still the same. There is no difference between us,” he said.

Urging Muslims not to get “trapped in the cycle of fear” about Islam being in danger in India, Bhagwat recently said those asking Muslims to leave the country cannot call themselves Hindus and those indulging in lynching people in the name of cows must know that they are against Hindutva.