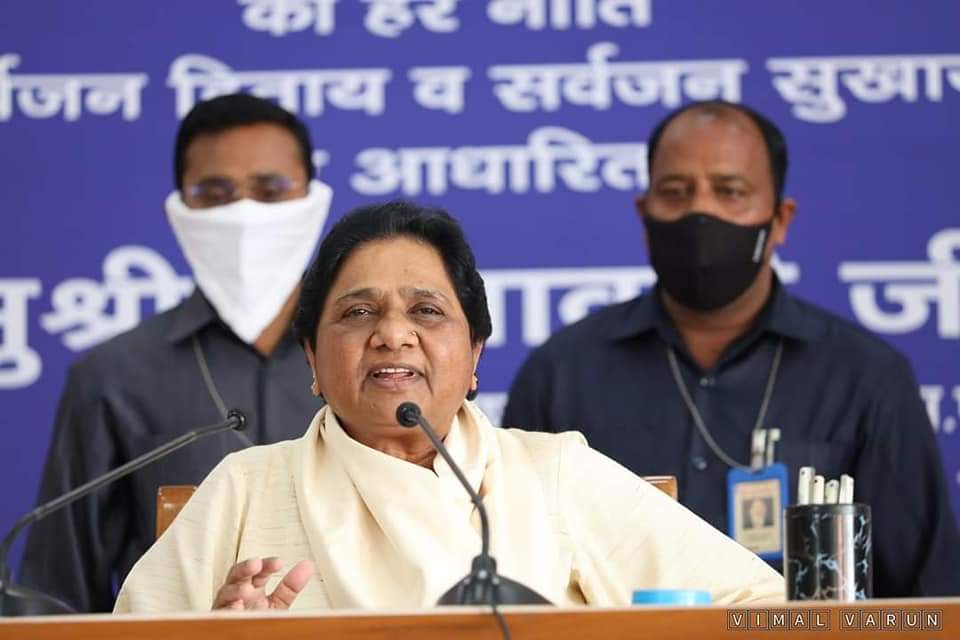 LUCKNOW: Ahead of the 2022 Uttar Pradesh Assembly elections, Bahujan Samaj Party (BSP) chief Mayawati on Sunday said the Brahmins will not vote for the BJP and her party will begin a campaign from Ayodhya next week to “awaken” the community.
Speaking to the media here, Mayawati said she is fully assured that the people of the “Brahmin community will not get misled by the Bharatiya Janata Party (BJP) and vote for the party in the upcoming elections”.
“A campaign, led by BSP general secretary Satish Chandra Mishra, will be started from Ayodhya on July 23 to awaken the Brahmin community once again. The Brahmins will be assured that their interests will remain safe under the BSP regime,” she said.
On the farmers’ issue, Mayawati said all political parties should come together and hold the Centre accountable.
“The indifferent attitude of the Centre towards farmers protesting against the three farm laws is extremely sad. It is necessary that pressure of all kinds is put on the Centre in Parliament. Due to the wrong economic policies of the central government, there is rising unemployment and inflation, which is posing hardships to the people,” she said.
Mayawati said the Bahujan Samaj Party (BSP) MPs, during the Monsoon session of Parliament, will raise issues such as rise in fuel and cooking gas prices and matters related to COVID-19 vaccination.
“There are a number of issues on which the public wants accountability of the government,” she said.

The Monsoon session of Parliament begins on Monday.