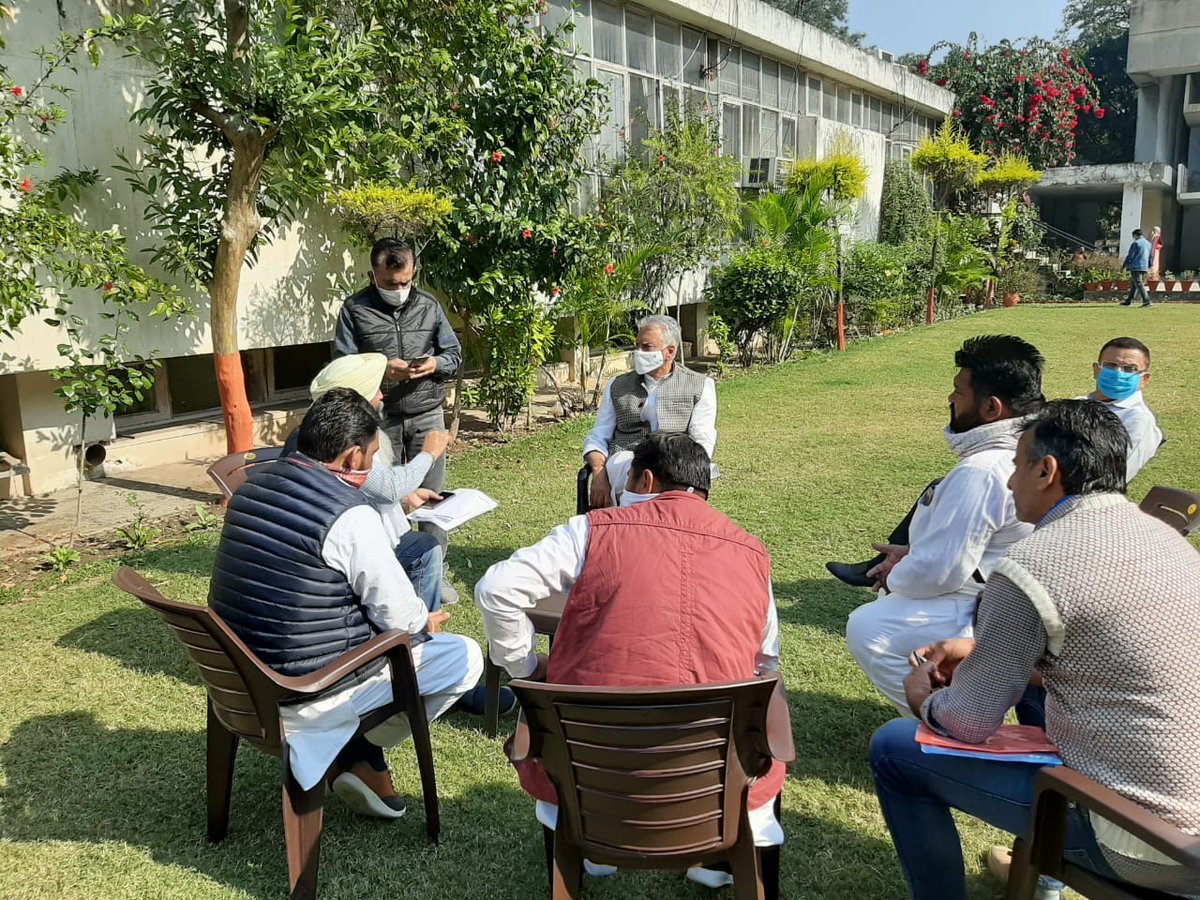 CHANDIGARH: Punjab Pradesh Congress Committee chief Sunil Jakhar will hold a meeting of party legislators and district unit presidents on Monday here, ahead of the likely revamp of the state unit.

In a statement here on Sunday, Jakhar said in the meeting, all the MLAs and district presidents would pass a resolution stating that whatever decision the party high command takes regarding Punjab, would be acceptable to the entire state unit.

This resolution will then be sent to Congress president Sonia Gandhi, he added.

The Congress leader said it would also be appealed that whatever decision the high command wanted to take regarding Punjab should be taken expeditiously so that the party could resolve the important issues related to the people of the state.

He said the meeting will take place at Punjab Congress Bhawan here at 3 pm on Monday.

Jakhar’s statement comes amid suspense over the much-awaited announcement by the party high command to resolve the festering internal feud in the Punjab Congress.

There are reports that Navjot Singh Sidhu is likely to be appointed as the state Congress chief. There is also talk of appointing working presidents to balance the caste equations.

Sidhu had on Saturday met Jakhar at his residence and called the incumbent PPCC chief an elder brother and a guiding force . He also held meetings with several other party legislators and ministers.

Ahead of a likely revamp of the Congress unit in Punjab, 10 MLAs on Sunday issued a joint statement in support of Chief Minister Amarinder Singh and urged the party high command not to let him down.

Seven Congress legislators and three AAP MLAs who recently switched over to the ruling party also said Navjot Singh Sidhu was a celebrity and was no doubt an asset to the party but condemning and criticising his own party and government in public has only created a rift in the cadres and weakened it.

Singh and Sidhu have been at loggerheads over various issues. The statement came amid reports that Navjot Singh Sidhu is likely to be appointed as the state Congress chief.

The joint statement was issued by Congress leader Sukhpal Singh Khaira on behalf of the 10 legislators.

Besides Khaira, two rebel AAP legislators who issued the statement are Jagdev Singh Kamalu and Pirmal Singh Khalsa. Three of them had switched over to the Congress in the month of June.

In the statement, the legislators urged the party high command not to “let down” Amarinder Singh, saying because of his unrelenting efforts, the party stands well entrenched in Punjab.

They said there was no doubt that the appointment of Punjab Pradesh Congress Committee chief was the prerogative of the party high command but at the same time washing dirty linen in public has only decreased the party graph during the last couple of months.

They said that Singh commanded immense respect across different sections of the society in the state, particularly the farmers for whom he even endangered his chair as CM while passing the 2004 Termination of Waters Agreement Act.

Singh stood as a tall leader amongst the Sikhs because of his principled stand during testing times, they said in the statement.

They said Singh had to also face extreme vendetta politics at the hands of the Badal family, for filing corruption and disproportionate assets cases against them in his first tenure as chief minister.

The MLAs said since merely six months were left for the elections, pulling the party into the different directions will only harm its prospects in the 2022 polls.

They also supported the decision of Singh not to meet Sidhu until he publicly tenders an apology for his derogatory tweets against him.

They said Sidhu should tender a public apology, so that the party and government can function in tandem.

They said they hoped the party high command would take cognizance of their suggestions and would definitely keep in mind the status, contribution and background of Amarinder Singh while making vital decisions for the party.