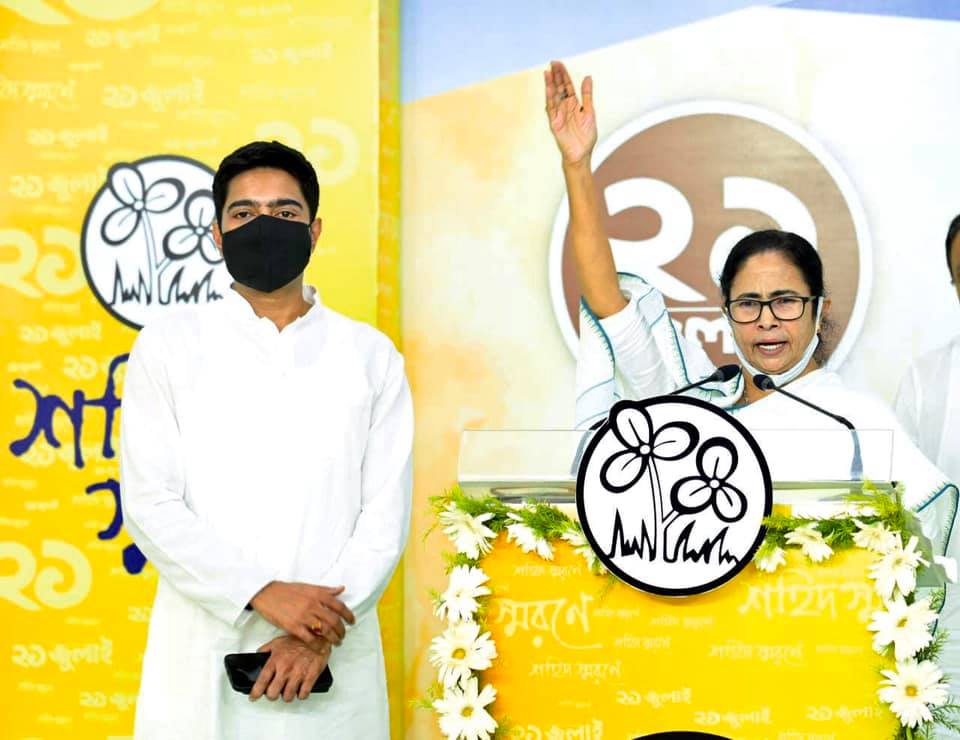 GANDHINAGAR: The political scenario is getting hotter in Gujarat with the state assembly elections scheduled a year and a half from now. After the BSP, AIMIM and recently the Aam Aadmi Party (AAP)’s entry into Gujarat, the home state of Prime Minister Narendra Modi, it is now the turn of Mamata Banerjee’s Trinamool Congress (TMC) to enter the state’s politics.

The TMC had unveiled plans to go nationwide on July 21, marked as Martyrs Day by West Bengal Chief Minister Mamata Banerjee. The plan was to hold a virtual address by the TMC supremo nationwide in cities and villages by placing LED screens at prominent places.

“I had been ordered by the national spokesperson, All India Trinamool Congress (AITC) Sukhendu Sekhar Ray, to arrange for adequate publicity of Didi’s speech through live telecast by placing giant LED screens in prime locations of all the districts in Gujarat, wherever it was possible. Following which, we had arranged for a live telecast on LED screen at a place in Isanpur, Ahmedabad where our newly formed 7 to 8 AITC members watched Didi’s speech live,” Jitendra Kumar Khadayta, the Gujarat convenor, told IANS.

Khadayta, a two decade-old worker of the Godhra unit of the Indian National Congress (INC), joined the AITC on Saturday and was made the state convenor on Wednesday through telephonic instructions.

“Today morning, Sukhendu Sekhar Ray informed me that I was entrusted the responsibility of the state convener of the AITC unit of Gujarat,” added Khadayta.

The AITC had planned to place banners depicting Mamata Banerjee and her plans of addressing the nation on Martyrs Day, following which the party had put up hoardings in Ahmedabad, Surat and Vadodara.

“The Ahmedabad poster hoarding was placed in Geeta Mandir, a prominent area in Ahmedabad, but I just learnt through the media that the hoarding was removed by someone. I am just inquiring about it from the agency through which we had placed the order for the hoarding. The Surat and Vadodara hoardings are still intact and I am also going to inform our national leaders about the removal of the Ahmedabad hoarding,” said Khadayta.