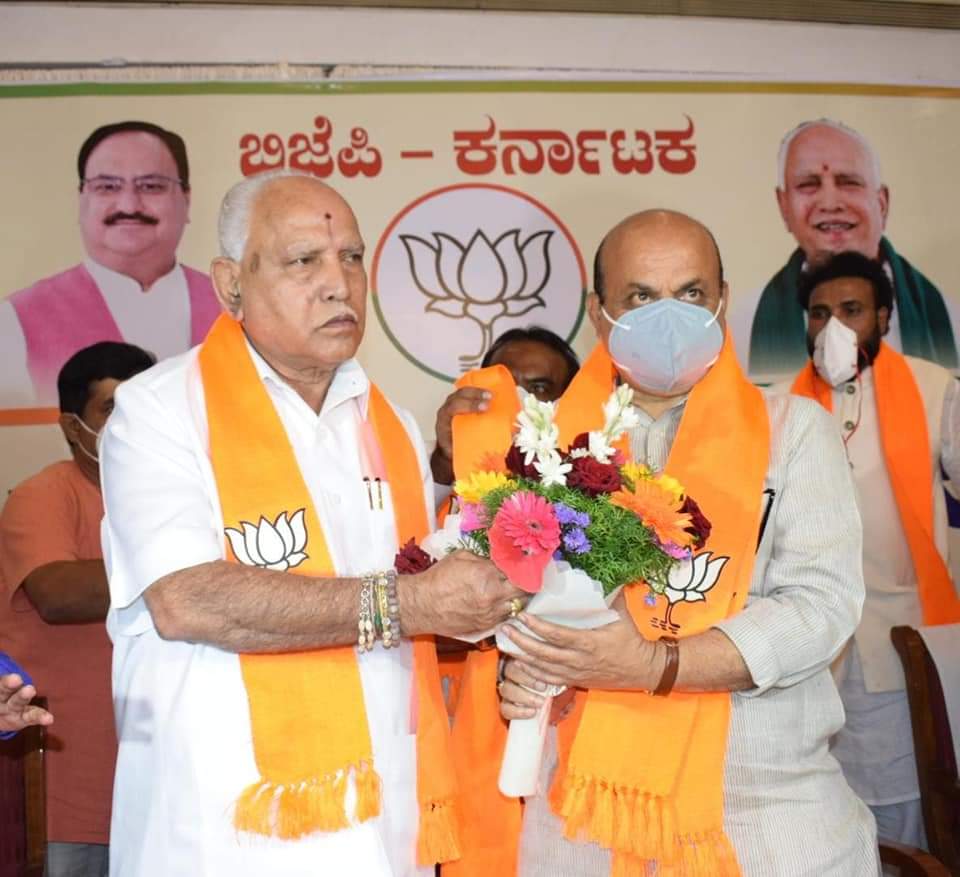 NEW DELHI: Newly appointed leader of the BJP legislature party Basavaraj Bommai on Tuesday said Governor Thaawarchand Gehlot has invited him to form the government and he will take oath as Chief Minister at 11 AM on July 28.

“I have informed the Governor about my election as the leader of the legislature party. He has invited me to form the government. We have discussed and decided that I will take oath tomorrow at 11 AM,” Bommai said.

According to the Governor”s office, the oath taking ceremony will be at the Glass House in the Raj Bhavan. The 61-year-old leader also said that he alone will take the oath of office on Wednesday.

Soon after his election as the leader of the BJP legislature party, Bommai, along with caretaker Chief Minister B S Yediyurappa, drove to the Raj Bhavan to stake claim to form the government. Ending months of speculation over his exit, Yediyurappa on Monday stepped down as the Chief Minister, coinciding with his government completing two years in office.

The Governor had accepted Yediyurappa”s resignation and dissolved the Council of Ministers headed by him, with immediate effect, but had asked him to continue to function as Chief Minister till alternate arrangements were made.

Born on 28 January, 1960, Bommai is from the Sadara Lingayat community and is a close confidant of the outgoing chief minister. Bommai joined the BJP in 2008, following which the two-time MLC and three-time MLA from Shiggaon in Haveri district, has seen an upwards trajectory within the party ranks. In the past, he held the water resources portfolio. An engineer by profession, Bommai began his career with the Tata group.

Bommai’s father SR Bommai was a Janata Parivar stalwart and had served as the 11th Chief Minister of Karnataka.

He also entered the annals of history courtesy of a landmark Supreme Court verdict entitled SR Bommai vs Union of India which concluded that the power of the president to dismiss a state government is not absolute.

“The dissolution of Legislative Assembly is not a matter of course. It should be resorted to only where it is found necessary for achieving the purposes of the Proclamation,” the apex court said.