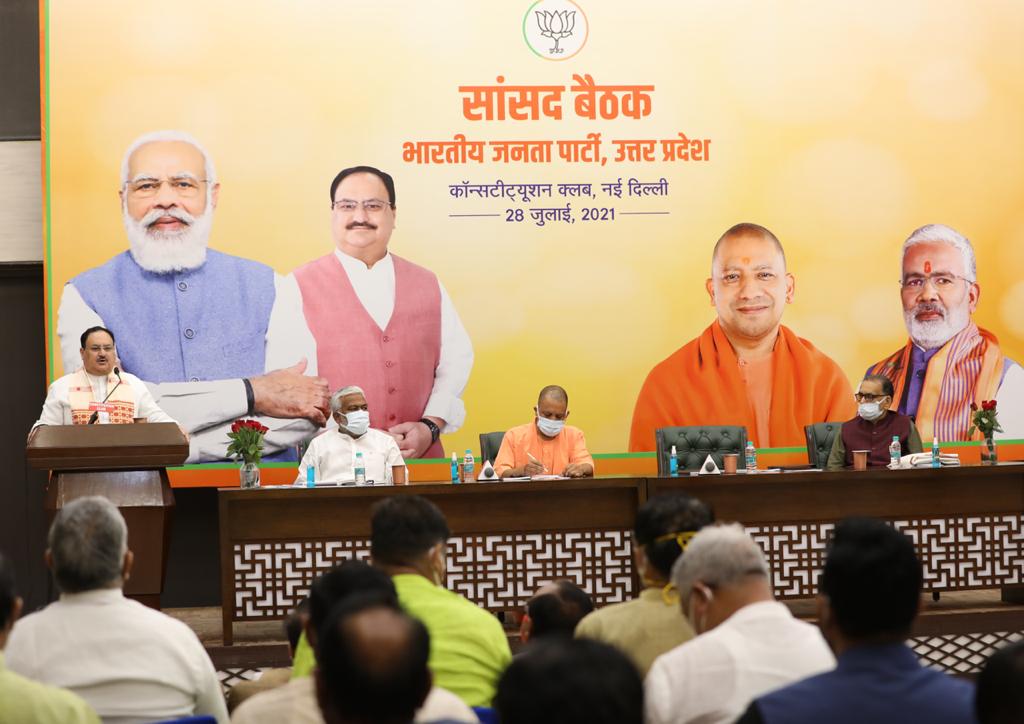 NEW DELHI: Ahead of next year’s Assembly election in politically crucial Uttar Pradesh, the BJP will carry out an outreach programme through newly inducted seven Union ministers from the state in over 200 assembly segments, sources in the party said on Thursday.
BJP chief J P Nadda has asked all the 40 newly inducted Union ministers, including those from Uttar Pradesh, to carry out a ‘Jan Ashirwad Yatra’ covering three to four parliamentary constituencies, including their own, and four to five districts in their states to “seek blessings from the people”, a senior leader said.
MPs from the state where each of the ministers belongs have been asked to help them in these activities, sources said.
They said these ‘yatras’ will act as a launchpad for the party’s campaign for the assembly elections in many states in the next few years.
In Uttar Pradesh, where assembly elections are scheduled to be held next year, the public outreach programme will be wider and more comprehensive covering more than 200 of the over 400 assemblies in the state, sources in the BJP said.
Earlier this month, seven MPs from Uttar Pradesh — Pankaj Choudhary, S P Singh Baghel, Bhanu Pratap Singh Verma, B L Verma, Ajay Mishra, Kaushal Kishor, and BJP ally Apna Dal leader Anupriya Singh Patel — were made union ministers.
Out of these seven, three each are from OBC and SC categories, while one is Brahmin. So, this outreach exercise by all seven Union ministers in BJP-ruled Uttar Pradesh will help the party balance its caste equations before the assembly elections.

The BJP has started gearing up for assembly elections in Uttar Pradesh with Nadda has been holding meetings with party MPs from the state in different groups to fine-tune its strategy for the hustings next year.