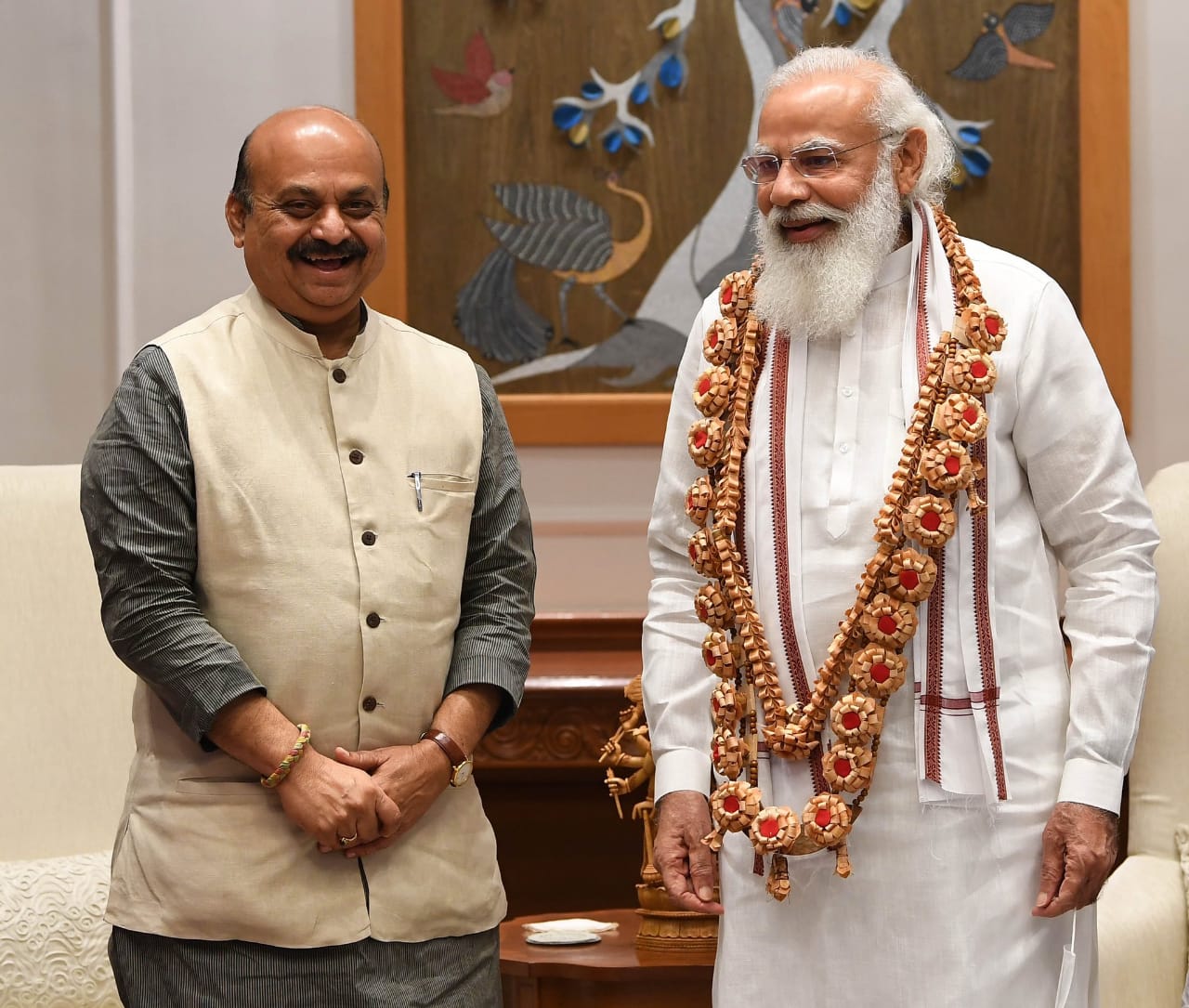 NEW DELHI: Karnataka Chief Minister Basavaraj Bommai Friday said the imminent cabinet expansion could take place early within next week in the wake of rising Covid cases and floods in some districts in the state.

Bommai, who is on his first visit to Delhi as chief minister, said he “explained the necessity of early cabinet expansion” in a meeting with BJP president J P Nadda.

“We will get the nod within next week. I have not discussed the list of probables in today’s meeting. But told the need of early decision on this issue,” he told reporters here.

Bommai said he may visit Delhi again on this issue and sought time from the BJP high command.

Expanding the Ministry will be the first big challenge before Bommai as he will have to navigate through the cabinet formation exercise by maintaining balance between factions within the ruling BJP. There are several aspirants among the party old guard, and legislators who had joined the BJP after quitting the Congress-JD(S) coalition in 2019.

Bommai also made it clear that his government will not be a rubber stamp.

“No Bommai stamp or rubber stamp, my administration will have only the BJP stamp,” he asserted.

In a meeting with Prime Minister Narendra Modi, Bommai said he updated him about Covid and floods situation.

“I discussed about vaccination shortage in the state. The prime minister has assured full support,” he added.

Bommai also announced setting up of a small working group to fast track clearances of central projects and make Karnataka commissionerate in Delhi proactive and accountable.

He also hosted a lunch for MPs from the state at Hotel Ashoka here.

Bommai, who was elected as the new leader of the BJP legislature party on Tuesday, following B S Yediyurappa’s resignation, took oath as the chief minister on Wednesday.