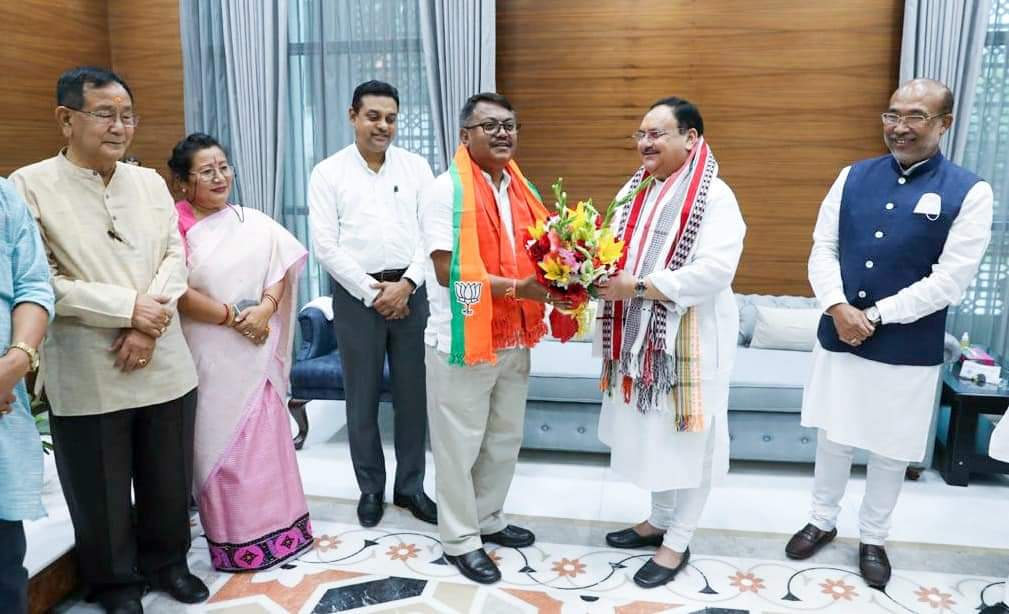 NEW DELHI: Former Manipur Congress president Govindas Konthoujam joined the BJP on Sunday, saying he was impressed with the Modi government’s development work for the region.

He joined the BJP in the presence of Manipur Chief Minister N Biren Singh, state BJP chief A Sharda Devi, Rajya Sabha MP Anil Baluni and the party’s in-charge for the state Sambit Patra, among others.

“I welcome him to the party and wish him the very best for his new innings,” he tweeted.

A six-time consecutively elected MLA from the Bishnupur seat, Konthoujam had quit the Congress a few days back and his decision to join the saffron party would be a boost to it ahead of the assembly elections in the state early next year.

The chief minister, who was also in the Congress before joining the BJP, called Konthoujam a friend and asserted that more leaders will be joining the party.

People of Manipur like the Modi government’s agenda for the entire northeast’s development, he said, noting that the presence of five ministers from the region in his dispensation showed the attention and care it had given to the place.

Manipur was associated with frequent blockades, violence and strikes but since the BJP came to power in the state in 2017, progress and peace have prevailed, he added.

Patra described Konthoujam as a well-known face from the northeast region and referred to his vast administrative and legislative experience.

In this article:BJP, Congress, Manipur