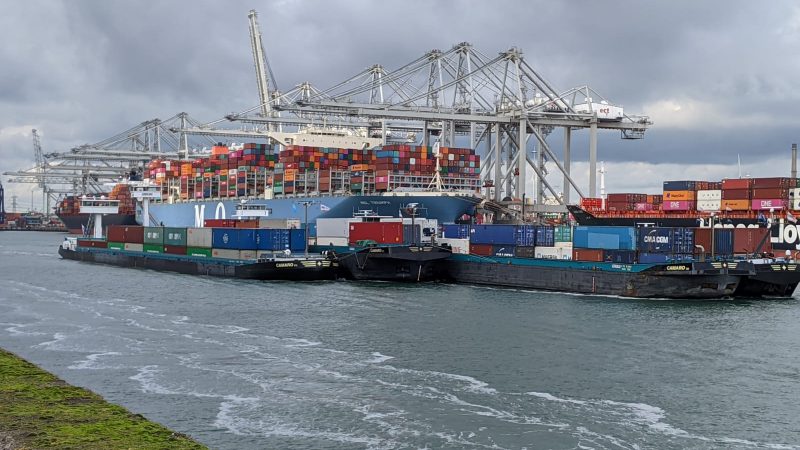 NEW DELHI: Parliament Monday passed The Inland Vessels Bill, 2021, which aims to bring uniformity in the application of the law relating to inland waterways and navigation within the country.

Lok Sabha had passed the Bill already on July 29. It was cleared by Rajya Sabha Monday by a voice vote amid Opposition protest and sloganeering over the Pegasus snooping controversy, farm laws and price rise.

Ports, Shipping and Waterways Minister Sarbananda Sonowal, moved The Inland Vessels Bill, 2021 in the upper house for consideration and passing.

The Bill will promote economical and safe cargo transportation in the inland water and bring uniformity in the application of the law relating to inland waterways and navigation in the country.

“It will provide safety of navigation, protection of life and cargo and the prevention of pollution, strengthen the procedures governing inland vessels,” he said.

It will also ensure transparency and accountability of administration of inland water transportation, to strengthen procedures governing the inland vessels, their construction, survey, registration, manning, navigation and other such matters connected therewith, he said.

While participating in the debate, Shaktisinh Gohil of the Congress said the Bill encroaches upon the rights of the states. He further said he wanted to lay his statement in writing as the house was not in order.

However, it was declined by Deputy Chairman Harivansh, who was in the chair, saying it should be done only through the laid down procedure.

Mahesh Poddar of the BJP supported the Bill saying it will replace the almost a century-old law which was proving to be a hindrance in the development of the sector.

“We should try as much as possible to use our waterways because all our road transport is congested,” he said, welcoming the Bill.

Banda Prakash of the Telangana Rashtra Samithi (TRS) said it is a unified law for the entire country for waterways but under the bill, entire control is with the Centre and states has no role to play. The state governments should also have some roles in this.

KM Thambiduari of the AIDMK, who was also a minister of shipping and surface transport in the Vajpayee government, said he had also tried to develop inland water navigation during his tenure.

However, he also added that The Inland Vessels Bill, 2021 brings uniformity but takes away the power of states which is against the federal system of the country.

Ayodhya Rami Reddy of the YSRCP supported the Bill and said it will have a huge implication on Andhra Pradesh and positively impact the inland waterways. Now, there will be no requirement from state governments for any registration and separate permission, however, if any loss of revenue of the state governments must also be compensated for the first five years, he added.

During their turn in the debate, Vishambhar Prasad Nishad of the Samajwadi Party and Sushil Kumar Gupta of the AAP also tried to speak on farm issues, but were not allowed by the Deputy Chairman as they were deviating from the subject.

He also warned Minister of State for Social Justice and Empowerment Ramdas Athawale from deviating from the subject.

Kanakamedala Ravindra Kumar of the TDP also said the Bill appears to interfere with the federal structure and takes away the powers of state governments and this has to be re-looked into.

While replying to the debate, Sonowal said presently the sector is governed by The Inland Vessels Acts, 1917 and has become absolute and inadequate to address the increasing complexing of the sector and operational bottleneck.

“The contention of members that central government is infringing on the rights of the state and encroaching into the domain of the state legislature and affect the traditional fisherman and movement of their boat, is completely unfound,” he said.

It will allow moving the vessel throughout the country, he added.

While passing the Bill, certain Opposition members, who were in the Well of the House, tore papers and flung those in the air.

Immediately after the passage of the bill, the deputy chairman then adjourned the House for an hour.