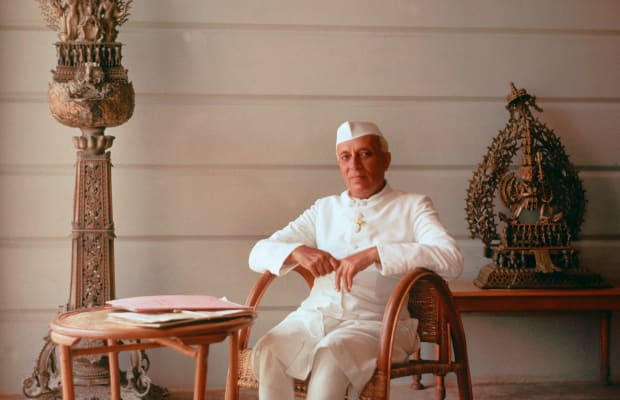 We should be proud of our Prime Ministers as they have been the true leaders of the country. Of late there have been enormous efforts by a group of politicians who never took part in the glorious freedom movement of our country to disrespect the PMs and as a result,now some people have begun disrespecting the present government and PM too as every action has its reaction.

Maj.Gen.JN Chaudhry, Retired Military General and later Governor was once addressing the people of Hyderabad in 1949 at the Fateh Maidan. Jawaharlal Nehru was the star attraction. He had to cut his speech short as the crowd demanded to listen to speech of PM Nehru early.

Prime Minister Jawaharlal Nehru’s popularity was unparalleled. The people loved him and thronged wherever he went.In his speeches he didn’t resort to false narratives, rancour and inexactitudes.The crowds were not mobilised by misusing public transport, food packets and arrack sachets as happens these days.

Sardar Patel himself knew that Nehru was far more popular than him amongst the masses and hence ,never faulted the Mahatma for the choice of his heir and successor. He was also big enough to say to the American journalist Vincent Sheean with reference to a huge crowd of nearly 3 million that had come to hear him and Nehru in Bombay : “They come for Jawahar, not for me”.

In November 1948 Patel said : “Mahatma Gandhi named Pandit Nehru as his heir and successor.Since Gandhiji’s death we have realized that our leader’s judgement was correct (Patel:490).”

Earlier, on the eve of independence, when Nehru had offered him a place in his cabinet, Patel wrote back : “My services will be at your disposal, I hope for the rest of my life, and you will have unquestioned loyalty and devotion from me in the cause for which no man in India has sacrificed as much as you have done. Our combination is unbreakable and therein lies our strength.”

We should learn from this episode.Some times opportunists ride over sincere and dedicated workers,political forces help them as they are opportunists too,and they help opportunists for their vested interest.But sincere workers should not loose hope.History has proved again and again that opportunism has its own death and sincerity wins at last ,remains immortal.A Great Teacher takes a Hand, Opens a Mind and Touches a Heart.Nehru has been the greatest teacher of scholarly statesmanship India has ever had as felt by our former PM Atal Bihari Vajpayee.

Yesterday I wrote about my experience as a teacher.Today my sincere tributes appeared in National Political Mirror on my dearest teacher Narayan Satpathy. I have also written today about one of the lesser known all time great statesmen of India, Sarat Kumar Kar.With the blessings of my teachers,I have the experience of teaching upto PhD scholars for 36 years.Now also,with the development of technology and need of time I teach online.My wife taught at primary level for 40 years.We believe that our students know much more than us.

Today’s news is our PM may visit America soon. He is possibly aware that ,America is the breeding ground of international hatred and terrorism. Is the sudden conspicuous shift to digitisation and police torture of farmers part of a big conspiracy of American influence on Indian Politics ?

My friend Nava Thakuria reported from Guwahati that Journalists’ Forum ,Assam (JFA), while appreciating the Union Information and Broadcasting Ministry for its initiative to review the guidelines for Scribes’ Welfare Schemes, urged the mainstream media houses and seasoned journalists to display transparencies in their own financial transactions to qualify themselves for such benefits.The forum of scribes also opined that the media houses should show their balance-sheets every year and working journalists make self-declarations about their assets along with liabilities as they always demand transparencies from concerned individuals in other sectors so that they can lessen the erosion of goodwill from the valued readers, listeners and viewers .They also strongly felt that journalists should establish their integrity.

Pseudo Secular Capitalists all over the world are now dumbfounded in the China sponsored Taliban Occupation of Afghanistan, where Talibans have proved that Terrorism is the religion today.People will always notice the change in your attitude towards them.But won’t notice their behaviour that made you change.

This is a cruel time. Some get honour much more than what they deserve and some do not get even the address of their own lane ! Is Packaging the only merit today ! Nehru is not present today for defending the great Indian legacy and institutions created by him for the country as its first PM.But we are responsible for preserving our great legacy for our future generation.

Let me quote the speech of one of our great scholars Dr Prafulla Kumar Tripathy while accepting the highest literary honour of the National Academy of Letters,Bhasha Samman:

‘My first language Sambalpuri-Koshali entered into my being by itself. I did learn and acquire it naturally without being conscious that I was an inheritor of a rich cultural tradition. That happened some 72 years ago.Personally, I recognized it as a toddler,18 month old,when I got to hear and speak in my family, village, town and in fact everywhere. I never felt any pride or hesitation when I began writing it while trying to discover its multilayered characteristics. I have been attached to my first language for more than seven decades.’

But media has encroached unto our private life.What is Disruptive Technology as felt by a friend of mine:

There is a difference between an artist and a merchant.There are many merchants in the disguise of artists ,but a cruel merchant is a merchant only.What I fail to understand is,why we get to larger heights and do not expand our vision like Pandit Jawaharlal Nehru , our first Scholar Prime Minister ?

People today also fail to understand the prime truth that many empires and rulers have gone to astray in this earth. If we don’t respect our great leaders and freedom fighters like Nehru, posterity will never forgive us as God is the manager of our time, life, properties and belongings . We confuse that our lands are hire-purchased from God, it has been gifted by the almighty to us temporarily !