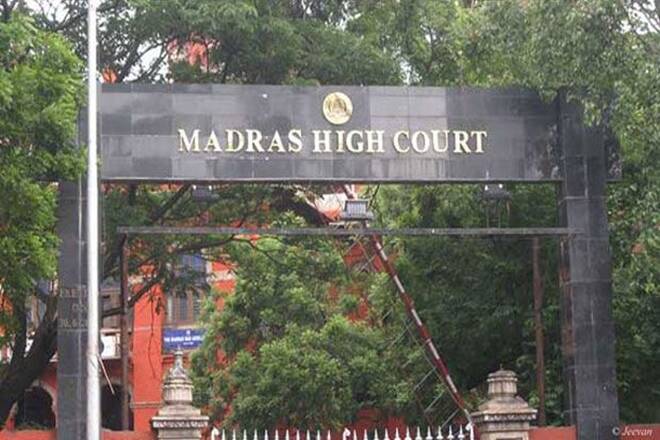 CHENNAI: Thanking Tamil Nadu Chief Minister M K Stalin for his decision not to waste the school bags and other stationery materials containing the photographs of former Chief Ministers, the late J Jayalalithaa and another, the Madras High Court on Friday told the State to take extreme care and caution to ensure that public funds are not expended for publicity purposes of political leaders, including in hoardings and other materials.

The first bench of Chief Justice Sanjib Banerjee and Justice P D Audikesavalu gave the direction while closing a public interest writ petition from Ranjan Oveyam praying for a direction to the authorities concerned to continue to use the unused stocks of text-books and other stationery materials like crayons, colour pencils and school bags, which carried the photos of former Chief Ministers, including that of K Palaniswami.

The judges noted that the writ petition, filed in public interest, is for a direction on the respondent authorities to ensure that unused stocks of text books, school bags and stationery used by children and which carry the names and photographs of previous chief ministers should not be wasted since considerable public funds have been expended for the purpose.

“It is abhorring that school books or school bags meant for school-going children, who do not have a right to vote, would carry photographs of public functionaries, even if the functionary is the chief minister of the State. Public funds cannot be misused for printing photographs for the personal interests of any politician. The State should ensure that such practice is not continued in future,” the bench said.

Earlier, Advocate-General R Shanmugasundaram told the bench that the government had informed the state Assembly recently that so as not to waste the money already expended, the present dispensation will ensure that school bags, text books and stationery bearing the photographs or other signs of previous CMs will continue to be used till exhausted and that the Chief Minister does not desire his photographs to be published in such materials in the future.

Recording the same and thanking the CM for his statement, the bench said that no further order need be made except directing the State to take extreme care and caution to ensure that public funds are not expended for publicity purposes of political leaders, including in hoardings and other material.

The photographs of the Chief Minister may be carried, but that should be restricted to advertisements in newspapers or some hoardings and certainly not used on text books or exercise books or any educational material at all, the judges added and closed the PIL.