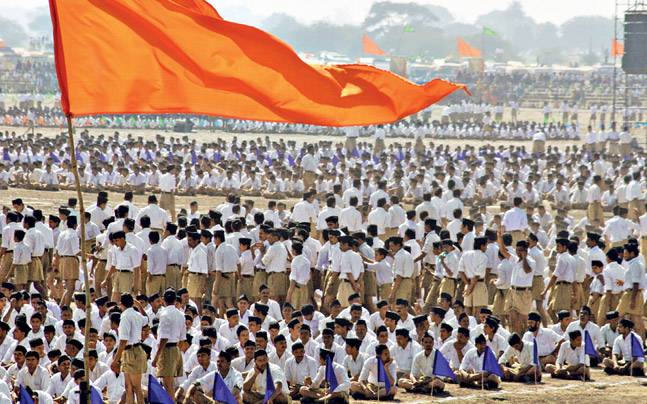 Following Gandhi’s assassination, the RSS was banned for a brief period by the Nehru government from 4 February 1948 to 11 July 1949.But so democratic was Nehru that he invited RSS to participate in the 26 January Independence Day parade of 1963.

And his daughter Indira Gandhi deputed the opposition leader Atal Bihari Vajpayee to defend India in UN after the Bangladesh war. PM Rajiv Gandhi saved the life of Vajpayee by deputing him to New York for treatment with the PM shown purpose for a meeting though his name was not recommended by the Ministry of External Affairs .

How are they attracted to each other? As
they are totally different, almost opposite, polar opposites.It is very difficult to be peaceful in a relationship, but that is the challenge. If you escape from that, you escape from maturity.

If you go into it with all the pain, and still continue going into it, then by and by the pain becomes a blessing, the curse becomes a blessing.By and by, through the conflict, the friction, crystallization arises. Through the struggle you become more alert, more aware.

The other becomes like a mirror to you. You can see your ugliness in the other. The other provokes your unconscious, brings it to the surface.You will have to know all hidden parts of your being and the easiest way is to be mirrored, reflected, in a relationship.

Easier, I call it, because there is no other way — but it is hard. It is hard, arduous, for you will have to change through it.

I don’t know why I am living under a sense of anxiety that my days are numbered. But I don’t want to see India in the hands of criminals. Priyanka Gandhi is the last hope. She is the fifth generation of fighters from the same family for the country.Ironically.the country is now ruled by some so called patriots who easily forgot the Birthday of Bhagat Singh !

I am getting information from all over the country about success of Bharat Band,which literally played band to expose this ineffective government and establish democratic rights of farmers.