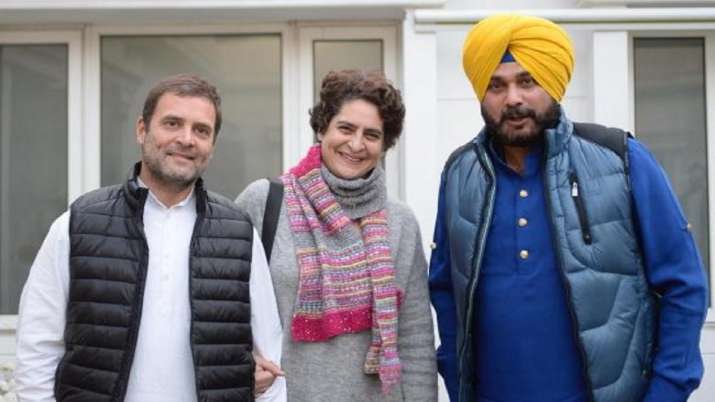 CHANDIGARH: Navjot Singh Sidhu, who had abruptly resigned as the Punjab Congress chief, said on Saturday he would stand with Gandhi siblings Rahul Gandhi and Priyanka Gandhi whether he holds any post or not.

Upset with some appointments after Chief Minister Charanjit Singh Channi took charge, Sidhu had put in his papers and, though efforts were made to placate him, it remains unclear if his resignation has been accepted.

“Will uphold principles of Gandhi Ji & Shastri Ji Post or No Post will stand by @RahulGandhi & @priyankagandhi ! Let all negative forces try to defeat me, but with every ounce of positive energy will make Punjab win, Punjabiyat (Universal Brotherhood) win & every Punjabi win !!,” Sidhu wrote on his Twitter handle on the birth anniversaries of Mahatma Gandhi and former prime minister Lal Bahadur Shastri.

The cricketer-turned-politician in his tweet also posted photos of Mahatma Gandhi and Shastri.

After a bitter fight between the then chief minister Amarinder Singh and Sidhu, the Congress took a call to replace Amarinder with Channi.

However, Amarinder Singh vowed to defeat Sidhu if he contests the assembly elections, dubbed Gandhi siblings as “inexperienced” and later announced that he will leave the party.

After Sidhu’s resignation plunged the party in a turmoil, Channi met him and it was agreed to set up a coordination panel of the party to take key decisions. Sidhu has been made part of the panel.