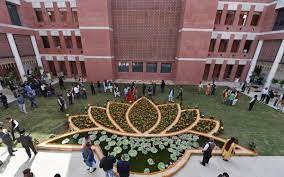 NEW DELHI: Three Assam MLAs, who had quit their assembly membership and parties to join the BJP, were on Monday named its candidates for the bypolls necessitated by their resignation.

The BJP said Phanidhar Talukdar, Rupjyoti Kurmi and Sushanta Borgohain will be its candidates for the bypolls to Bhabanipur, Mariani and Thowra seats respectively.

Kurmi, an important tea tribe leader, and Borgohain had quit the Congress while Talukdar resigned from the AIUDF to join the BJP after the saffron party retained power in the state following the recent assembly elections.

The development was seen as an exercise by Chief Minister Himanta Biswa Sarma to further consolidate the position of his party by inducting important opposition leaders into its fold.

The bypolls will be held on October 30.

In this article:Assam bypolls, BJP