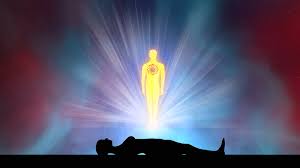 “No person is completely wicked, just as no
person is perfect. We are all grey.” ~Shinde Sweety

“Don’t ever let the light of your soul dim, even if the world seems black and white.” ~Tilicia Haridat

Once we label things right and wrong, black and white, good and bad, it stops us from looking deeper into the complexities of existence. Nothing is that simple. We only want it to be that way because it’s easier to dismiss something when we can negatively judge it .

When you’re the victim of the behavior, it’s black and white; when you’re the perpetrator, there are a million shades of grey-Laura Schlessinger

To have emotional intelligence is to realize that nothing is ever absolute. That always and never is a limiting belief that stops humans understanding life on a deeper emotional level .

A very distressed neighbour shared that he had driven home after a long day at work. As he entered, he saw his wife in bed with fever. She had laid out his dinner on a tray.

Everything was there just as he wanted it. The dal, vegetables, salad, green chutney, papad and pickles…

“How caring,” he thought, “Even when she is unwell, she finds the strength to do everything for me.”

As he sat down to eat, he realised that something was missing. He looked up at his grown up daughter who was watching TV and said, “Beta (child), can you get me my medicine and a glass of water, please?”

She rolled up her eyeballs to show her displeasure at being disturbed, but did the favour nevertheless.

A minute later he realised that salt was missing in the dal.He said, “Sorry beta, can you please get me some salt?”

She said, “Ufff!” and got the salt but her stomping shoes made it clear that she did not appreciate the disruption.

She banged the TV remote on the table and said, “What is it now Dad? How many times will you make me get up? I too am tired; I had a long day at work!”

Silence prevailed.The man got up and placed the dishes in the kitchen sink and quietly wiped the tear escaping his eye.

My heart wept… I often wonder; Why is it that the youngsters of the so-called modern world behave like this? Have we given them too much freedom to express? Have we failed to discipline and give them the right values?

Is it right to treat children as friends? Think of it this way, they have lots of friends. But they have only one set of parents. If they don’t do ‘parenting’, who will?

Today the ‘self-esteem’ of even a newborn or an infant is being talked about; but what about the self-esteem of the parents? Are they supposed to just fan the egos of their children, while the children don’t care two hoots about theirs?

The other day, we were at a dinner party. All the seats were occupied except for one bean bag. One of our fifty-something friends told his teenage daughter to move to the bean bag, so that he could sit on the high back chair she occupied.

I was zapped; we all knew that the father had a back ailment, and even otherwise… Well!

Later as everyone was taking leave of the host, the same guy realised that he had left his car keys inside. He asked his daughter to go and get them.

“Why can’t you go and get them yourself? I am not your maid!”

I looked away in disgust and disbelief. The poor guy had no option but to make light of the situation saying, “Ya, Ya, but Daddy is your eternal servant my princess!”

He went inside to fetch the car keys. This is what our social behaviour has become! But,Why?

If we need to teach children about self-respect, self-esteem and self-confidence, we also need to tell them that no matter how big and rich and famous they may be, their parents shall always be their parents… children can never be their equals, let alone be their bosses!

A journalist friend lost his son today. A few days ago I requested him for some help. He didn’t, but publicised that I sought his help for some national assignment. I have fond memories of seeing this boy as a kid.So sad…the poor guy was scheduled to marry soon and relocated to Bhubaneswar in the early days of Covid after leaving a lucrative job outside the state. Horrible,this is the first such case of murder of son of a scribe. I am in a state of shock.

This reminds me of a former justice who bailed out many criminals and arranged undue favour for his son who was a pleader too. His son died prematurely for some unknown ailment.

Two of my former colleagues hatched a conspiracy to see that I don’t get the due promotion. While one lost his young daughter, the other lost her husband who was then just 50.

Dr Pattnayak was a busy doctor and a conference was arranged for him. He boarded the flight in time. But, so was the weather condition that his flight landed at another airport. Understanding that he can reach the place of conference in three hours by taxi, he took one, but the driver lost way . He found a house and went inside.

An old woman was reading Gita there. She had lost her son and daughter in law and a grandson with some unknown ailment survived of which there was only one doctor, it was Dr Pattnayak .

I was never a believer in fate. But these episodes made me believe in justice of the Almighty and fate. I was to attend a function today, but went there yesterday by mistake. My transport did not come today due to bad weather.There was a time when I had to choose my transport..AC or Non AC, Car or Bolero. I have nothing today.This is destiny!