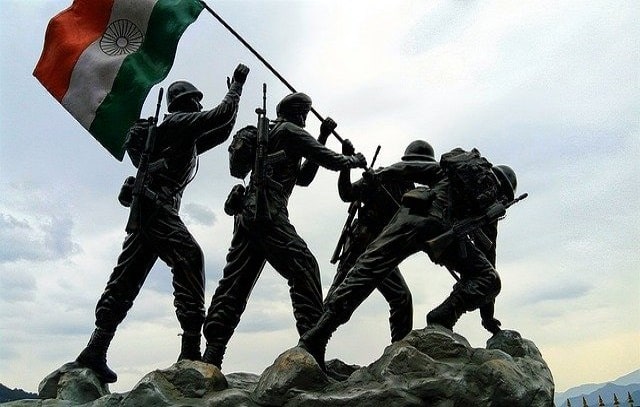 Harper Collins is to release soon a book on India’s Glorious Freedom Struggle for older children authored by Nilima Sinha and Ira Saxena.

This book relates the story of how our country won freedom from British rule. For today’s teenagers who have grown up in a free nation and have not experienced those years when we were under another nation, it will be a fascinating read.

As it is learnt from the authors,the book will be available on Amazon from 10th November. This being the 75th year since India became Independent, this book becomes a must-read for all, young or old !

When you go to a doctor, you expect the doctor to use the latest available scientific knowledge to treat you. The doctor is not just an individual. S/he represents the application of the knowledge painstakingly acquired by medical sciences through practice, research and innovation. They follow rigid routines. It is easy to say doctors differ when others are being treated. It is not uncommon for doctors to face the anger of the patient’s relatives because they felt the doctor did not treat them properly. Doctors must not differ irrationally to show their individuality. They must go by what the science indicates. In the days of easy Google search, a care-giver can KNOW as much as any doctor. But s/he is not allowed to practice.

When you go to a doctor, it is the responsibility of the doctor to suggest the tentative diagnosis, inferred from the description of the symptoms and clinical observations. This is followed by a treatment, if indicated by the existing knowledge, and a number of related tests to vindicate the diagnosis. A doctor needs to have supportive evidence. And then comes a confirming diagnosis, a regular dosage, a prognosis of what to expect in the coming days. A doctor asks you for a review if the recovery process is not that clear.

In all these, there is a faith in the fitness of the approach based on the practice or the standard operating procedure. The diagnostic tools also are evolving. But for a period of time doctors use a process and since it works for the time being to the satisfaction of all the practitioners, the tests are recognised as “gold standard”. A bit misleading though.

Some doctors may differ from my analysis which is nothing but a rational approach to medical intervention.

It is to be further stated that the patient’s compliance, trust in the doctor’s competence and commitment to recovery (the will power, for general consumption) all add up to the recovery process.  And behind it all, social support often stands as a big factor.

In the process the god has no defined role to play. Scared as we are of dying, god was always deemed as a good protection and was working as a backroom support staff. We have gods in  medical hospitals to take the glory when science struggles and provides the cure. But you can’t attack the idols for failures. And doctors can’t give the excuse that it was god who did not do things right.

There was an invoking of some god under the symbol of Rx. But it was never clear. And since the doctors never bothered to have good and clear handwriting for matters which really mattered, people did not bother.

But is it OK for a doctor to clearly write the sentence ” I treat God cures” on the top of the prescriptions? Isn’t it as bad as some doctor who was using salt for cure in an established medical set up? He was removed but was he ever hauled up for the pain and suffering he inflicted on patient’s for the whimsical surgical operations? Isn’t it because, rather than being treated as representative of a science, the doctors are being treated as gods? It is always the doctor who gives the patient a new life, if survived. Science does not get any appreciation.

If god (which one?) is doing all that then what’s the difference between a highly educated and trained doctor and a less educated servitor of gods. Why not close all hospitals and start places of worship. That would also come cheaper. Why not have a Covid mata temple for a fraction of the cost the governments spend on hospitals?

Endpoint
—————
Are  left leaders not responsible for the decline of the Left as a political force?

In this article:Freedom Struggle, Harper Collins