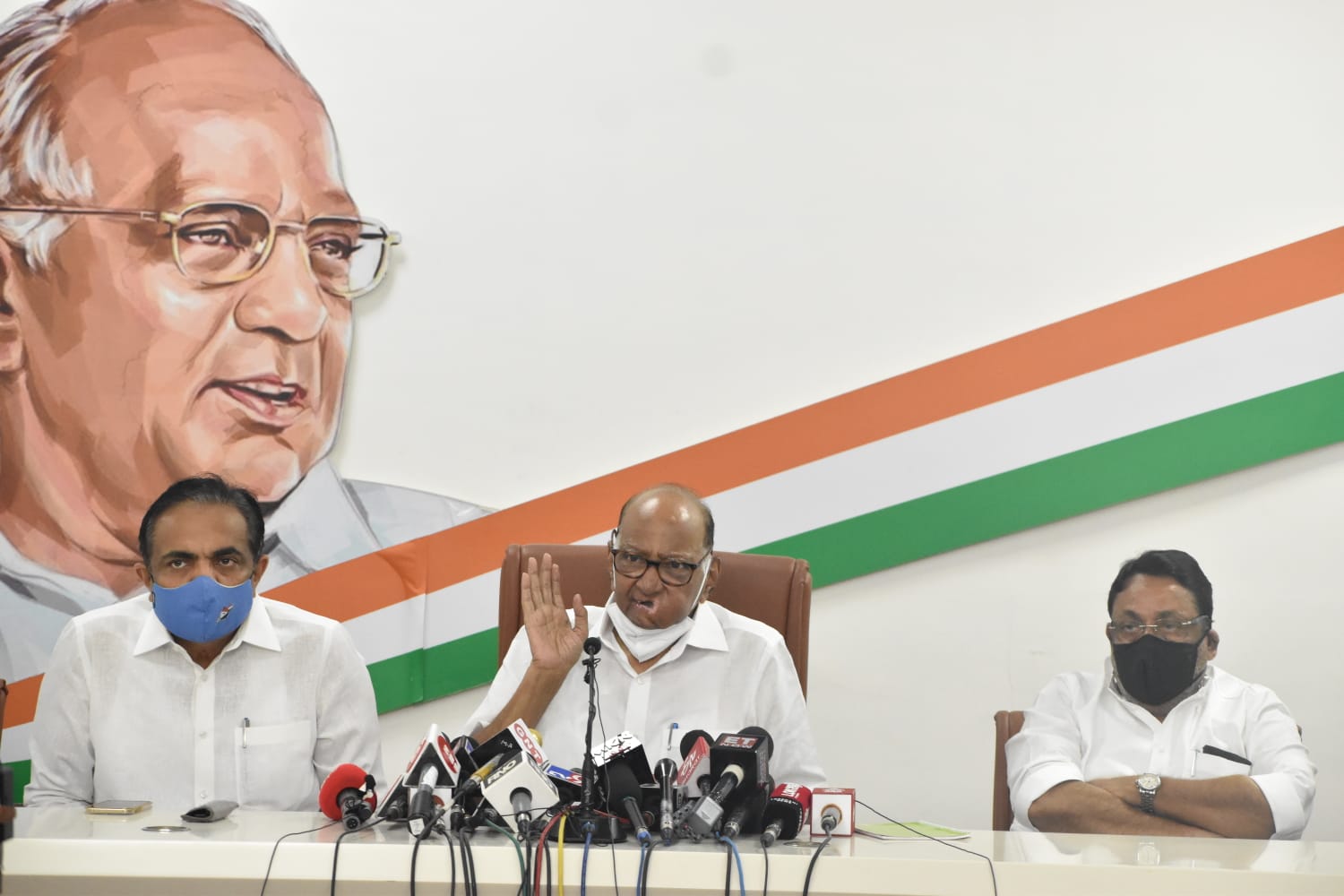 MUMBAI: NCP president Sharad Pawar on Wednesday said his party will back the Akhilesh Singh Yadav-led Samajwadi Party (SP) in the next year’s Uttar Pradesh assembly elections to take on the BJP.

Pawar also said the NCP will consult the SP if the Maharashtra-based party decides to contest a few seats in UP.

Talking about the recent killing of four farmers in Uttar Pradesh’s Lakhimpur Kheri district, Pawar said from the very first day, the BJP took a stand that there is no truth in the killing of farmers.

Uttar Pradesh Chief Minister (Yogi Adityanath) cannot absolve himself of the responsibility of not taking action against the crime, he told reporters.

The Nationalist Congress Party (NCP) chief, who had likened the Lakhimpur Kheri incident to the Jallianwala Bagh massacre, said his party members had visited Lakhimpur Kheri on the first day of violence.

He added that NCP will work to ensure that anti-BJP votes are not divided in the UP polls.

We have decided that we will back Akhilesh Singh Yadav in Uttar Pradesh. If we contest a few seats, then that will be in consultation with the Samajwadi Party, he added.

Eight people, including four farmers, died in violence in Lakhimpur Kheri on October 3.

The farmers died after being knocked down by vehicles reportedly carrying BJP workers, after which an angry mob allegedly lynched some people in these vehicles.

On Saturday night, Union Minister of State for Home Ajay Mishra’s son Ashish Mishra was arrested by the police in Lakhimpur Kheri in connection with the violence.