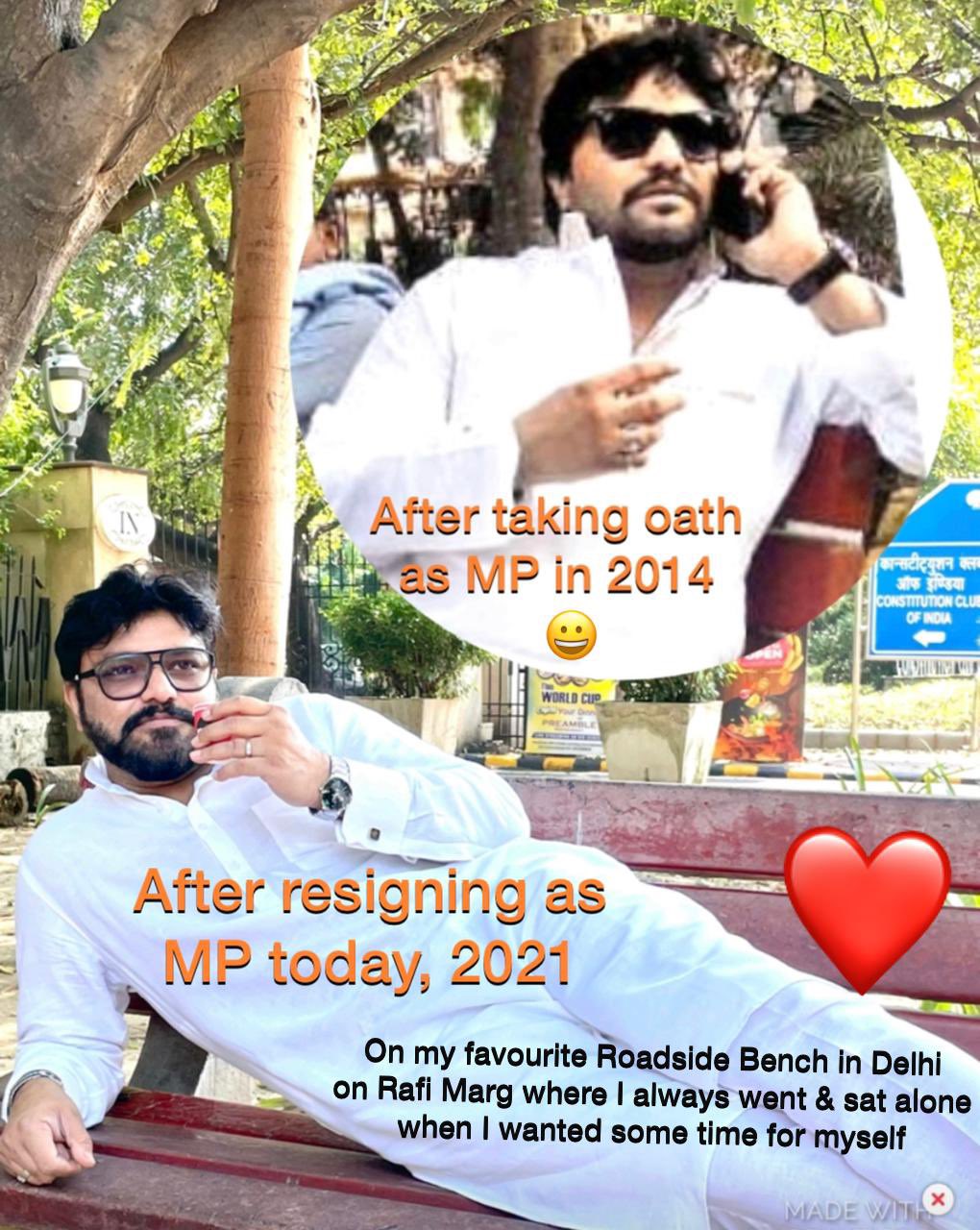 NEW DELHI: Former BJP leader Babul Supriyo formally resigned as an MP on Tuesday, a month after he quit the party to join the Mamata Banerjee-led TMC.

Supriyo thanked the BJP leadership for the confidence it had shown in him.

“My heart is heavy as I had begun my political career with the BJP. I thank the prime minister, party chief and Amit Shah. They showed confidence in me. I had left politics wholeheartedly. I thought that if I am not a part of the party, I should not keep any seat for myself,” he said after meeting Lok Sabha Speaker Om Birla.

The formal resignation letter as per rules & a personal note of gratitude to Hon'ble Speaker Sir @ombirlakota pic.twitter.com/lviZyRi74f

Supriyo in a letter to Birla sought his blessings to now embark on a “new journey”.

He said that he will always cherish the experience, enlightenment, knowledge and insight that he has earned as a parliamentarian and that it will help him as a person in the outside world too in the years to come.

“It has been a very fulfilling seven years that I have spent in Parliament ,” Supriyo said, adding that he was indebted to Prime Minister Narendra Modi, Home Minister Amit Shahj and BJP chief JP Nadda for giving him the opportunity to serve the country.

“I am proud to have walked the corridors of this historic monument (Parliament) and traversed by many a visionary leaders, statesmen, freedom fighters and luminaries who crafted the history of our motherland and paved the path for her having a secure and glorious future,” the two-term MP from West Bengal’s Asansol said.

He also lauded Speaker Birla for his “affable nature and elegant humour”.

Two days after joining the ruling Trinamool Congress (TMC) in West Bengal, Supriyo had on September 20 written to Birla seeking a “brief” appointment with him to formally resign as a member of the Lok Sabha.

He also posted a collage superimposing a photo of him in 2014, captioning it –“after taking oath as MP” — with another image of him captioned — “after quitting as MP today, 2021”.

The second image shows him relaxed, lounging in his “favourite roadside bench on Rafi Marg in Delhi,” where he says he went and “sat alone when I wanted some time for myself.