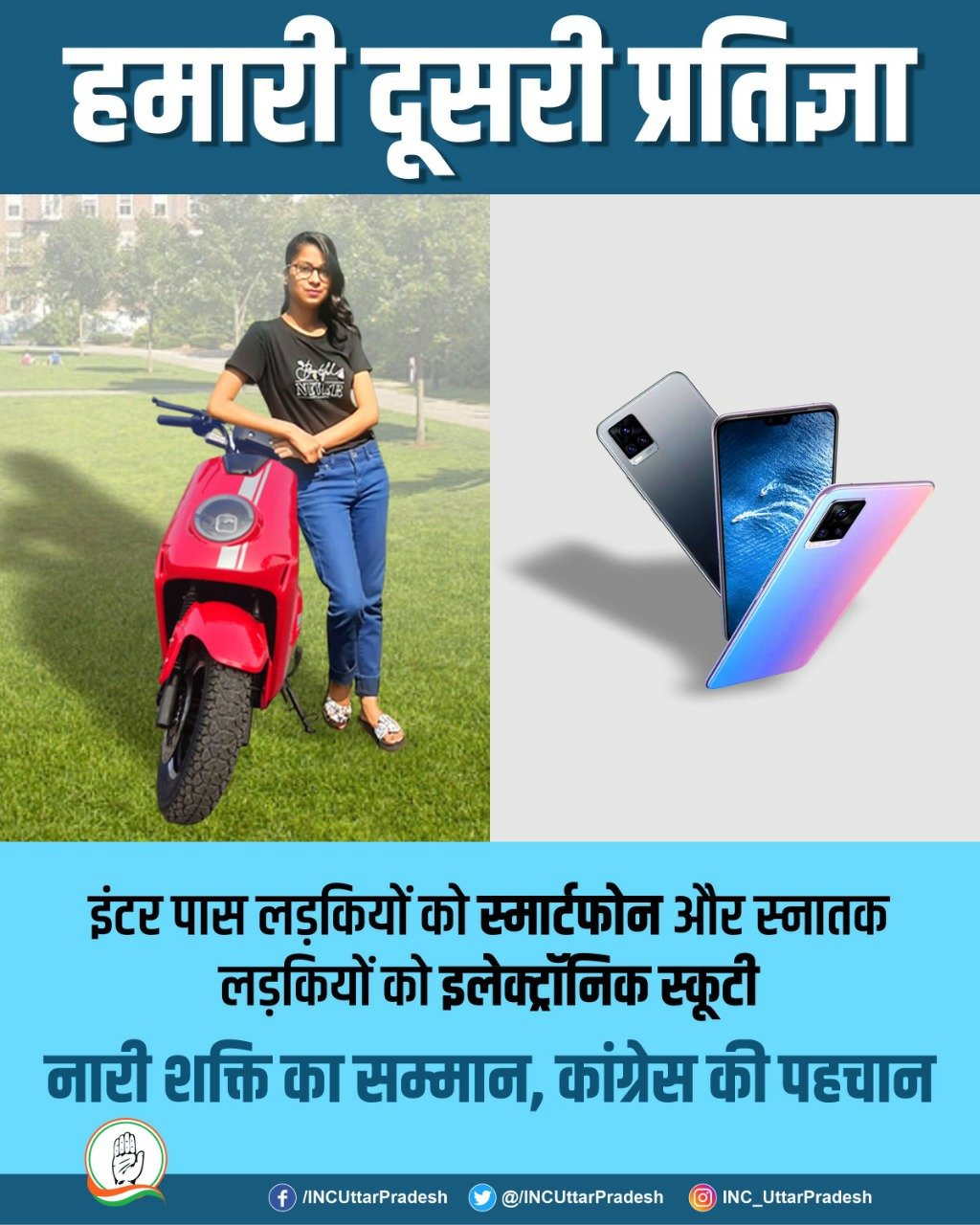 LUCKNOW: After promising 40 per cent tickets to women in the Uttar Pradesh assembly elections next year, Congress leader Priyanka Gandhi Vadra announced on Thursday that all class 12 pass girls will be given a smartphone while all graduate girls will get an electric scooty if her party forms a government in the state.

“Yesterday I met some girl students. They said they need smartphones for their studies and their security. I am happy that today the UP Congress has decided , with the consent of the manifesto committee, that it will provide smartphones to inter pass girls and electronic scooties to graduate girls on forming its government,” Priyanka Gandhi said in a tweet in Hindi.

Calling it another important decision and second commitment of the party after announcement of giving 40 per cent tickets to women in the coming elections, Congress spokesman Anshu Awasthi said the move is aimed at extending respect and security to the daughters of the state.

Priyanka Gandhi, who is the Congress national general secretary and in charge of party affairs in UP, also attached with her tweet a video of a group of school/college girls interacting with mediapersons. The girls said they got pictures clicked with her.

One of the students is seen saying that Priyanka Gandhi asked them if they had phones for clicking selfies. “We said we neither have phones nor are they allowed in colleges. She then asked us if she should get it announced that girls should get phones and we said what more can we ask for our safety,” the student said in the video.

“She asked us to study hard. I want that she continues to meet and talk to us like this,” another student is seen saying in the video.

On Tuesday, the Congress leader had announced that her party will give tickets to 40 per cent women in the coming assembly elections in UP to make women, roughly constituting about half the electorate, a full-fledged partner in power.

The move, she claimed, is aimed at empowering every woman who wants justice, change and unity of her state and also against the efforts to divide them into caste and religion that is stopping them from emerging as a force.