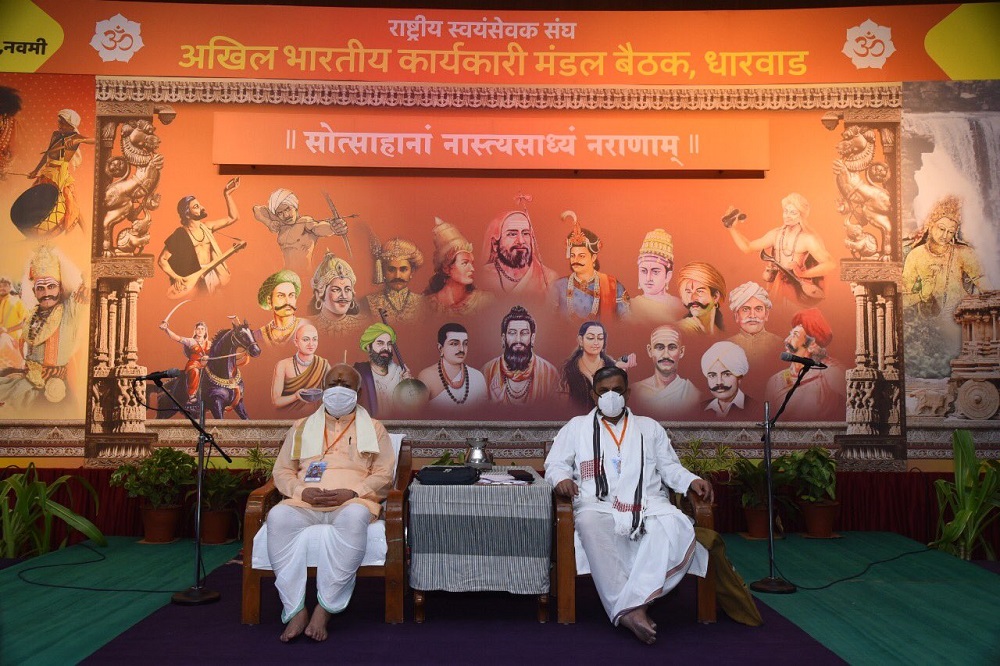 DHARWAD: The all-India executive committee of the Rashtriya Swayamsevak Sangh (RSS) started its three-day brainstorming meeting at the Rashtrotthana Vidya Kendra where a resolution on the attacks on Hindus in Bangladesh would be passed, said a top leader of the outfit.

Amid the chants of Vedic hymns, the session began at the kendra here. Sar Sangh Chalak (RSS chief) Mohan Bhagwat and Sar Karyavah (RSS general secretary) Dattatreya Hosabale, along with more than 350 organising secretaries from across the country, are attending this annual event.

“Today, the executive committee meeting of the RSS started here. We will deliberate on the current status of the Sangh work, our future plans and also the attacks on Hindus in Bangladesh,” the RSS Sah Prachar Pramukh, Narendra Thakur, told reporters ahead of the meeting.

He said a resolution would also be passed on the attacks.

According to another RSS functionary, the meeting discussed also about restructuring and reorganising the Sangh.

He added that the national executive committee meets every year towards the end of October.

However, last year for the first time, the meeting took place virtually due to COVID-19 related restrictions.

“This year, the quorum is complete. More than 350 people have gathered here,” the RSS office-bearer said requesting anonymity.

The RSS Prachar Pramukh Sunil Ambekar said here on Tuesday that the RSS would discuss about its centenary celebrations in 2025.

As part of its centenary celebrations, the Sangh has made a three-year action plan for its expansion starting from 2021 to 2024.

Sangh executive committee would discuss its plans to deal with the possible third wave of COVID-19 and train its volunteers.

Planning the pan-India 400th ‘Prakash Varsh’ of Guru Tegh Bahadur, the ninth of the 10 Sikh Gurus and the platinum jubilee of Indian independence ‘Azadi Ka Amrit Mahotsav’ would be on the agenda, according to Ambekar.