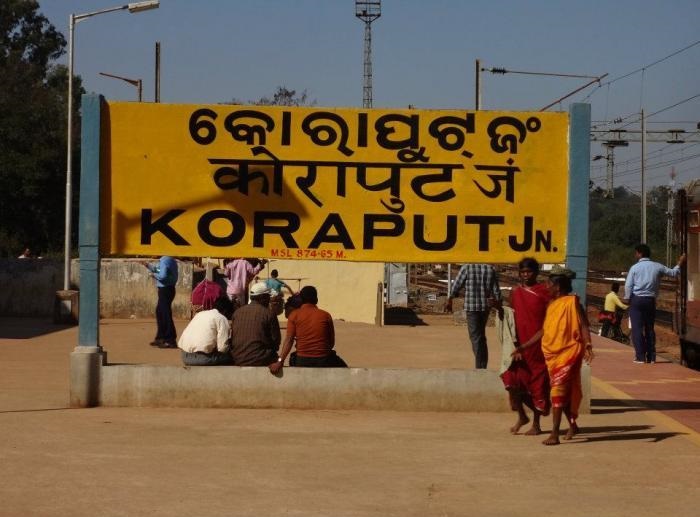 Can you guess whose vehicle was that! We were told it belonged to the Police. 28 tribal protesters have been arrested for opposing the public hearing on September 22. We discovered wonderful things in our visit and one such thing was that Hindalco rules the districts of Koraput and Rayagada and they even reportedly decide who should be people’s representatives and they have no other option but to work for the company.

The photos of the villagers implicating them in violence have been given to the police by our great corporate media persons. The IIC himself admitted with gratitude that our media friends only shared the photos on the basis of which the police are arresting the villagers. Except for 2/3 jurnos the rest of the fraternity are reportedly working for the mining giant.

It is similar to the case of Buxi,the Fake Hero.Buxi Jagabandhu murdered his uncle to usurp his estate. Maratha police were after him to arrest. He became a fugitive. To his good luck, Marathas lost in 2nd Anglo Maratha war in 1803 and the British occupied Odisha. He welcomed the British and became their trusted agent.

Returning the favour, the British took no action against Jagabandhu for murder. On the contrary, as reward for his help, the estate was recorded in his name and land rent was waived off. He was conspicuous in his betrayal when hundreds of people laid down their lives in the uprising of 1804, the beginning of Paik Bidroh.

He joined the Paik Bidroh only when he lost his estate to the machinations of a cleark and all his fervent pleadings for return of his estate fell on deaf ears. His assistance was no more critical for the British.

After a brief underground insurgent activities, he finally negotiated surrender, accepted dishonorable conditions, stayed in house arrest with two wives, one as young as that of his daughter. He enjoyed a handsome pension of Rs 100/- which the British was kind enough to increase to Rs 150/- on his beseachment.

It’s indeed a shame and disrespect to scores of martyrs who laid down their lives for their motherland.

Media has made Buxi Jagatbandhu a Hero, whereas he was a traitor ! Same has happened in case of these tribals who have been branded as terrorists whereas they are innocent villagers.

In this article:Great India Today