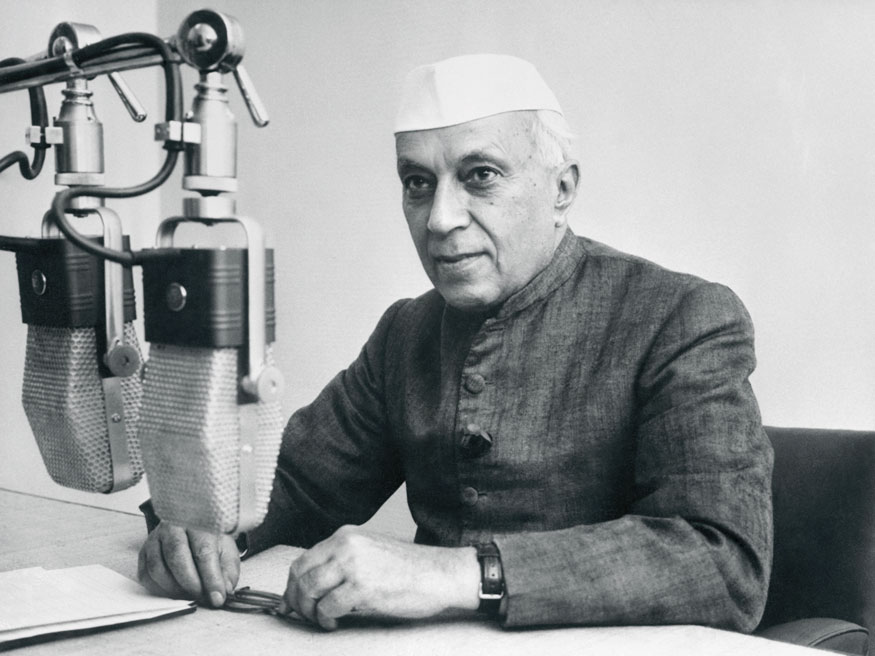 The Greatest Statesman India has ever produced Pandit Jawaharlal Nehru, India’s first PM said the following on the death of Sardar Patel :

‘It is a great story, as all of us know, as the whole country knows, and history will record it in many pages and call him the Builder and Consolidator of the New India and will say many things about him. But perhaps to many of us here he will be remembered as a great captain of our forces in the struggle for freedom and as one who gave us sound advice in times of troubles as well as in moments of victory, as a friend and colleague on whom one could invariably rely, as a tower of strength which revived wavering hearts when we were in trouble.

We shall remember him as a friend and a colleague and comrade above all, and I who have sat here on this bench side by side with him for these several years will feel rather forlorn and a certain emptiness will steal upon me when I look to his empty bench.I can say little more on this occasion.

My colleague Mr. Rajagopalachari and I are going almost immediately. to pay our last tribute and homage to him in Bombay. I understand that the President has also decided to go to Bombay immediately, and the Speaker.’

It’s a parliamentary record which is now being systematically blackened by BJP.

Hunger, Undernourishment, undernutrition:
Ignorance of Women and Child Development Ministry is exposed. It is a matter of shame that after a dip in India’s ranking in the Global Hunger Index 2021, instead of accepting its failure,India’s Women and Child Development Ministry said it was shocking that India’s rank was lowered on the Global Hunger Index and termed the methodology used for rankings as ‘unscientific.’

According to Miriam Wiemers, Advisor Global Hunger Index, Undernourishment is a measure of the proportion of the population in this case with inadequate access to calories and is based on data regarding the food supply in the country. It is not a measure of weight and height,stunting and wasting measure undernutrition of the child population, but that is different from the undernourishment indicator.

The ministry says that the report “completely disregards the government’s massive effort to ensure food security of the entire population during the Covid-19 period.” But the government must be aware of the fact that just announcing some schemes is not important, its implementation and outcome are vital. It is childish on the part of the ministry to talk of the Prime Minister’s Gariba Kalyan Yojana. Actually, this scheme along with Rs.1 per kg rice scheme of some states are designed to tackle starvation not to improve the standard of living or calorie intake.

What is Hunger, Undernutrition, and Malnutrition, Starvation ? Hunger is usually understood to refer to the distress associated with a lack of sufficient calories. The Food and Agriculture Organization of the United Nations defines food deprivation,or undernourishment, as the consumption of too few calories to provide minimum amount of dietaryenergy that each individual requires to live a healthy and productive life, given that person’s sex, age, stature, and physical activity.

Undernutrition goes beyond calories and signifies deficiencies in any or all of the following: energy, protein, and/ or essential vitamins and minerals. Undernutrition is the result of inadequate intake of food in terms of either quantity or quality, poor utilization of nutrients due to infections or other illnesses, or a combination of these factors. These, in turn, are caused by a range of factors, including household food insecurity; inadequate maternal health or childcare practices; or inadequate access to health services, safe water, and sanitation.
Malnutrition refers more broadly to both undernutrition (problems caused by deficiencies) and overnutrition (problems caused by unbalanced diets, such as consuming too many calories in relation to requirements with or without the low intake of micronutrient-rich foods). In this report, “hunger” refers to the index based on four component indicators. Taken together, the component indicators reflect deficiencies in calories as well as in micronutrients.

Starvation is extreme suffering or death, caused by lack of food. Starvation is a severe deficiency in caloric energy intake, below the level needed to maintain an organism’s life. It is the most extreme form of malnutrition. In humans, prolonged starvation can cause permanent organ damage and eventually, death. The term inanition refers to the symptoms and effects of starvation,it may also be used as a means of torture or execution.

Society needs a revolution through honest government having the willpower to do things.And governments at all levels must stop giving false promises of Employment and Bringing black money etc.

In general the people have expressed their concern over the rise of price of petroleum products still the price rise goes unabated.
What does it indicate? The politicians know it will not create any problem for them at the time of election. They have mastered the art of getting votes by luring the people who mostly vote by using the money they collect  from the middle class through the price rise. People must wake up.

Let us look at ourselves today and analyse for tomorrow.I stopped explaining myself when I realized that  people only understand from
their level of perception.
—————————————-
We come to the end of the discussion in this special column with this article.Thanks the contributors whose write ups form part of the discussion.

In this article:Guwahati University, International Seminar