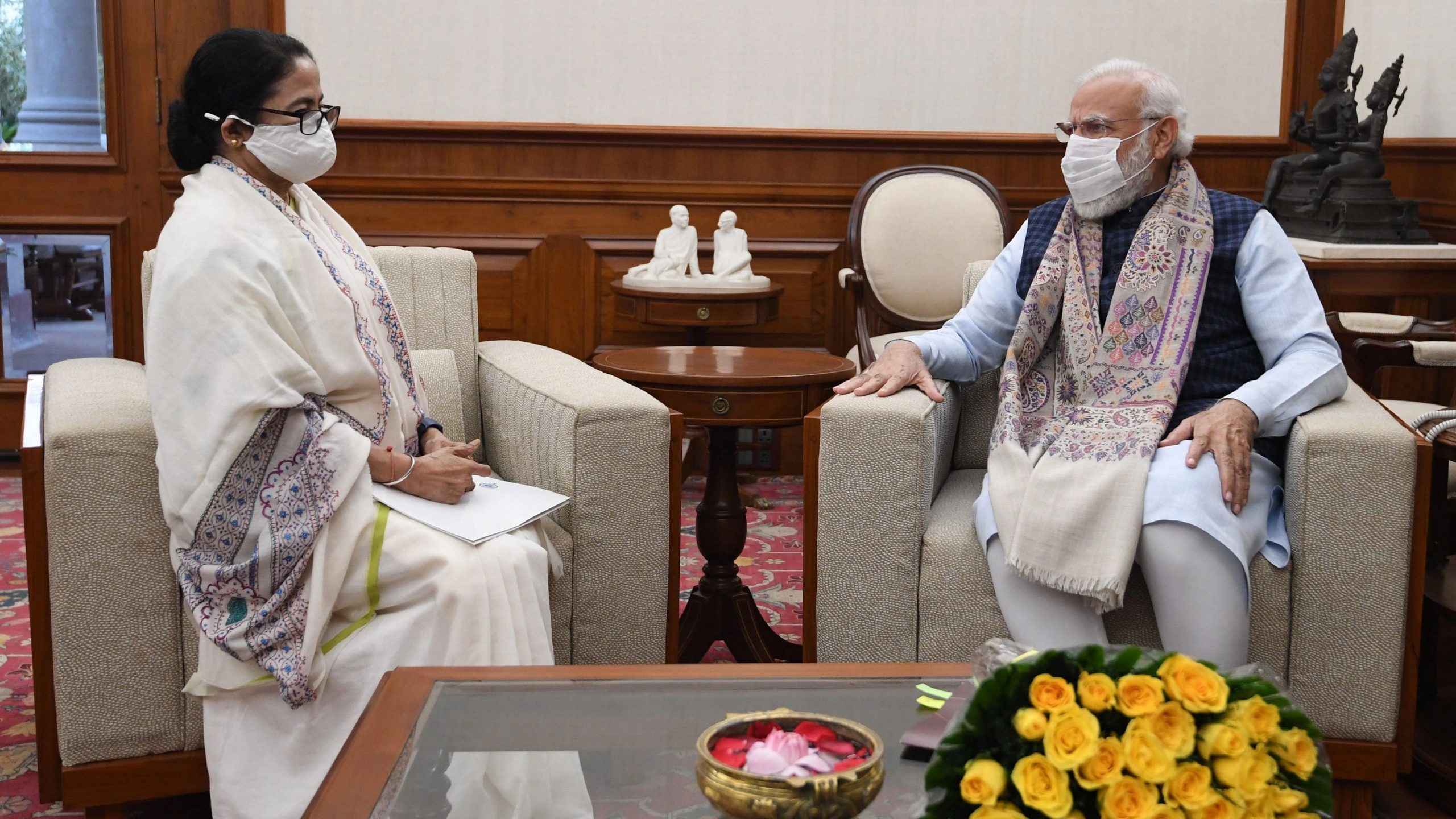 NEW DELHI: A war of words broke out between the Congress and the Trinamool Congress on Wednesday after West Bengal Chief Minister Mamata Banerjee invited Prime Minister Narendra Modi to inaugurate a global business meet to be hosted by her government, with the grand old party claiming that the “understanding” between the two parties is now evident.

State Congress president Adhir Ranjan Chowdhury also alleged that the TMC and Banerjee are acting as agents of the saffron camp on a mission to destroy opposition unity and the Congress.

The TMC hit back saying it cannot be wrong to invite the prime minister to inaugurate a business meet and accused the Congress of failing to fight against the BJP and surrendering before it.

“Everybody knows that if there is any party which can fight against the BJP, it’s the Congress. So they have assigned the job to weaken and finish the Congress to the TMC. They (TMC) are carrying out their (BJP’s) orders. But no one can finish the Congress in India. The understanding between the TMC and the BJP is evident from the chief minister’s invite to the prime minister. The TMC today stands exposed,” Chowdhury told reporters.

Speaking to the media after meeting Modi in New Delhi on Wednesday, Banerjee said she invited the prime minister to inaugurate the Bengal Global Business Summit which will be held in West Bengal in April next year.

“The way the TMC has been functioning for the last few months, it is quite clear that the TMC and Mamata Banerjee are acting as agents of the saffron camp. I had said earlier that she is the Trojan horse. Now everything is crystal clear. They have compromised with the BJP to protect themselves from CBI and ED investigations in various graft cases,” Chowdhury said.

Echoing him, senior CPI(M) leader Sujan Chakraborty said the people of West Bengal have realised how “the TMC has duped” them by projecting it as the alternative to the BJP.

“During the assembly polls, the BJP and the TMC had projected themselves as an alternative to each other. Now it is clear that both the parties have a covert understanding,” he said.

The TMC, however, dubbed the allegations as baseless and politically motivated.

“What is wrong in the chief minister inviting the prime minister for the business summit? This is how the federal structure works. We don’t need lessons from the Congress and the CPI(M) on how to oppose the BJP and its policies. We have shown how it is done during the last assembly polls,” senior TMC MP Sougata Ray said.

The BJP, despite its high pitched campaign in the assembly polls held in March-April, managed to win only 77 seats in the 294-member assembly, while the TMC stormed to power for the third consecutive term by bagging 213 seats. The TMC’s tally has later gone up to 217 after it won a few other seats in by-polls, while that of the BJP has come down to 75.

The state BJP leadership welcomed the meeting between Banerjee and Modi.

“A chief minister can always meet the prime minister. Maybe our chief minister has gone to meet him for demands related to our state,” state BJP spokesperson Shamik Bhattacharya said.

West Bengal Governor Jagdeep Dhankhar earlier this month called upon the Mamata Banerjee government to come out with a white paper on Bengal Global Business Summit (BGBS) with details of investments attracted by the state through those programmes.

The governor had alleged that ground reality belies the claims of “resounding success” of the five editions of the BGBS.

The TMC government has been organising BGBS since 2015 to attract investments to the state.