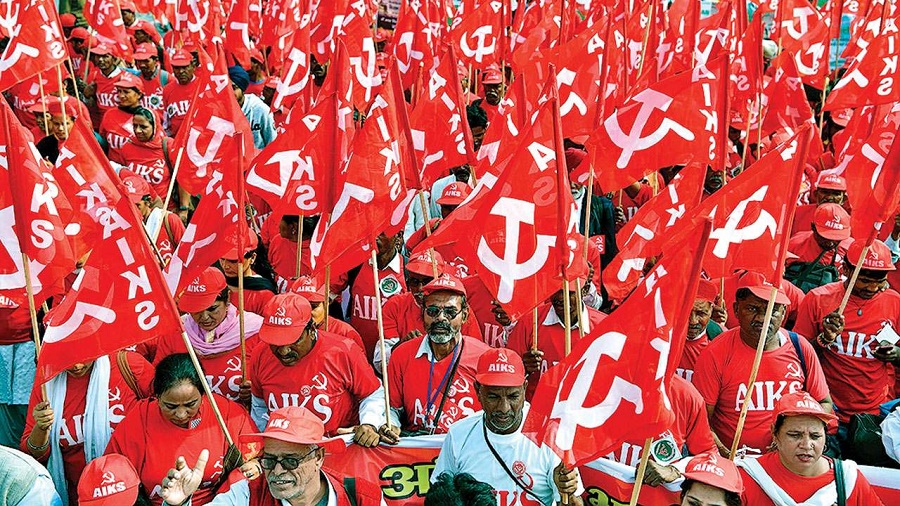 KOLKATA: The CPI(M)-led Left Front on Friday announced names of candidates for elections to the 144-ward Kolkata Municipal Corporation, leaving out 17 seats, where it intends to back anti-BJP and anti-TMC forces.

Unlike the last assembly elections, it did not enter into any alliance with the Congress or the ISF.

The front, first to come out with a list of nominees after the State Election Commission on Thursday notified the schedule for KMC elections, has fielded 56 female candidates and 58 male.

Seventeen of its candidates are from the minority community.

Elections to the civic body will be held on December 19.

“We have decided to leave out some seats, where our presence is limited, and decided to support candidates from the Congress, the ISF or eminent individuals, if any,” Left Front Kolkata convenor Kallol Majumdar said, addressing a press conference here.

Majumdar also pointed out that 50 per cent of the candidates are aged below 50 years.

He further asserted that the front’s present electoral tactical line envisages that the “BJP is the main enemy and the TMC, too, must be defeated”.

Majumdar maintained that Left Front will back anti-BJP and anti-TMC forces in places where they can pose a difficult challenge to the saffron camp or the state’s ruling party.

“Fielding candidates in such places will only lead to division of votes among the forces that seek to defeat the BJP or the TMC,” he said.

Announcing names for 114 seats, Majumdar, a leader of the Left Front constituent CPI(M), said that nominees for 13 more seats will be announced in a day or two.

Earlier in the year, the Left Front had fought the assembly elections in West Bengal in alliance with the Congress and the newly formed ISF.

The ISF managed to bag one constituency, while the other two parties drew a blank.

In this article:KMC elections, Left Front