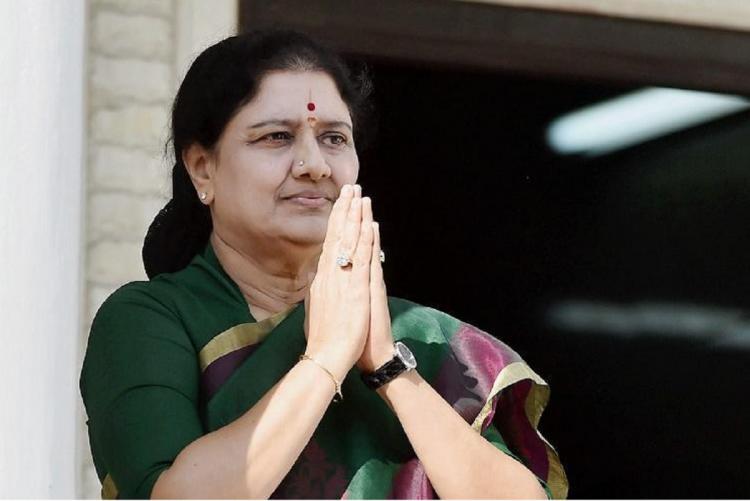 CHENNAI: Expelled AIADMK leader VK Sasikala on Thursday alleged the party was functioning for the needs of a few and asserted the situation will “change soon.”

In a statement made a day after the AIADMK, led by the dual leadership of O Panneerselvam and K Palaniswami, tweaked its bylaws to strengthen the positions held by the two leaders, she said she would work “shoulder to shoulder” with every party worker.

Panneerselvam is Coordinator of AIADMK while Palaniswami is joint coordinator.

Many party functionaries and workers were living with the hope of seeing AIADMK back in its days of glory, Sasikala said.

“Your hope won’t go waste. Don’t get tired and be brave. We will soon rectify the organisation that is functioning for the needs and at the whims and fancies of a few and make it one for the supporters, take it on the path laid down by our leaders (late CMs M G Ramachandran and J Jayalalithaa) and shatter the dreams of our political rivals,” she said in the statement.

Sasikala did not name anyone.

Asking the party workers, including those who had been “ignored”, to carry on with public work with renewed vigour, she asserted “AIADMK’s situation will change, will raise its head (with pride).”

In an apparent bid to close the doors on Sasikala, who claims herself to be the party ‘general secretary’, the AIADMK, which is facing a challenge from her, had tweaked its bylaws on Wednesday at its Executive Committee meet.
Empowering ordinary party members again, to elect the top party leadership, was a key feature.

A case filed by Sasikala, challenging the 2017 AIADMK general council resolutions, including removing her from the post of interim general secretary, is pending in a Chennai city civil court and the matter is expected to be heard this month.