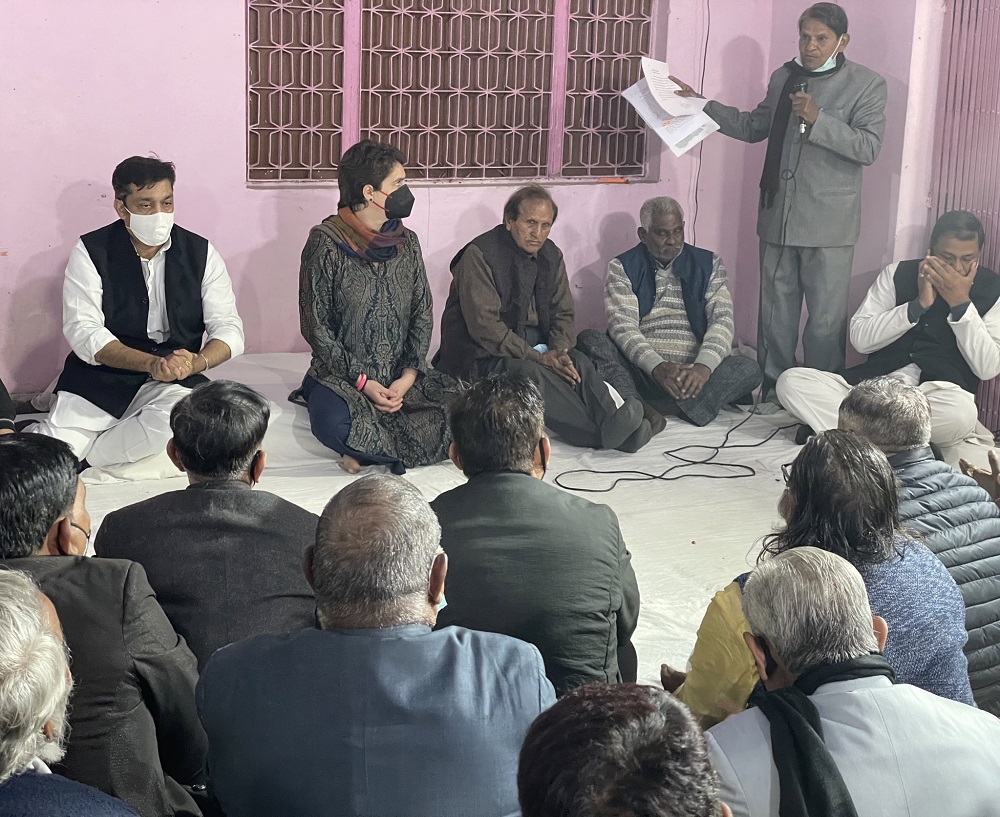 NEW DELHI: Congress leader Priyanka Gandhi Vadra on Wednesday asked Valmiki community to suggest a name from among them to contest election from her party in the coming assembly election in Uttar Pradesh.

The party general secretary made the request during a meeting with representatives of Valmiki community here at Valmiki Vatika in Subhash Park area on MG Road.

“When I came to Agra after the death of Arun Valmiki, I wondered what could we do for people belonging to Valmiki community. You have seen atrocities against the people of the community again and again, whether it is in Hathras or in Agra,” the leader told reporters here after the meeting.

Arun Narwar, a sanitation worker belonging to Valmiki community, had allegedly died in police custody in Agra in October this year.

He was accused of stealing Rs 25 lakh from the storage house (Maalkhana’) of Jagdishpura Police Station.

Priyanka had also visited Arun’s family members after the news of his death hit the headlines.

“The choice of Congress party to have a Valmiki community candidate is aimed at sending a message to the state and to the country that the community which faced atrocities in Agra and Hathras fights on its own and fights strongly,” she said.

The Congress leader said she had sent a delegation of the party 4-5 days ago to discuss the proposal with the people of the community.